Former ice-cream businessman and jazz drummer Jet Black and brilliant, high-functioning autistic keyboard player Dave Greenfield are now sadly on the other side.

Golden Brown is back on the radio and a recent Stranglers book is on the shelves.

Famously written about heroin, there was a mere hint of that in the original Arabian-themed clip for Golden Brown, below, meant for teenage fans on prime time below. As Cornwell told Rick Wakeman in an interview, it took around five minutes to write Golden Brown with Dave Greenfield.

The song and The Stranglers legend inform a recent book about the band, with every chapter gathered from fans, from the days of punk to life post-Cornwell.

This is the Zephyr Quartet version. Greenfield, who was famous for his arpeggio technique, created the sound on harpsichord. He sounded like The Doors at times, but according to Cornwell, had never heard The Doors.

Among the uke players trying to copy the Black/Greenfield classic on Tube you may also have seen this.

The sly Dave Brubeck Quartet interpretation (obviously not by Brubeck at all, but a talented Stranglers admirer who found himself with a massive YouTube hit) still gathers views.  By the way, if you are looking for the original Golden Brown promotional badges, they may return to eBay at some point (pictured).

The Stranglers and the Book

The new book, Live (Excerpts) – The Story of The Stranglers as told by the fans has sold out of its slip case edition but is still available in hard cover.  It also covers the early days when The Stranglers toured in Black’s ice-cream van.

Speaking to The Guardian, Jet Black remembered: “I had an ice-cream business and decided to sell it to start a band, but I kept one of the vans. It was the perfect mode of transport for two years. We had a special way of arranging all the speakers and equipment so they’d all fit in.”

Jean Jacques Burnel: ” Jet would drive and the rest of us would lie on top of the gear. After some gigs, we’d pile out and sleep in a field, surrounded by cows.”

Golden Brown was the band’s biggest hit, and was the second single released from the band’s sixth studio album La folie (1981).

The basis for the tune came from an unused part of Second Coming, a track which featured on The Men In Black. You can detect traces of it in the clip here.

The brilliant lyrics were were Hugh Cornwell’s, but it was Greenfield’s  moment. He found the odd time signature,  a stuttering Baroque creation, making the song impossible to dance to.

“We used to say he was just eccentric, but of course in recent years what is considered eccentric now has a term for it – autism,” explained Burnel, to The Cambridge News. “And he was hugely on the spectrum.”

Live (Xcerpts) – The Story of The Stranglers

Incredibly, The Stranglers (with rotating members) have notched up 50 years of recording and performing. The book features never before seen photographs, and collectable memorabilia.

When Dave Greenfield died of Covid in May 2020 Cornwell tweeted: “He was the difference between The Stranglers and every other punk band.” Now Jet Black has gone too, the late-2022 book becomes ever more essential for fans. 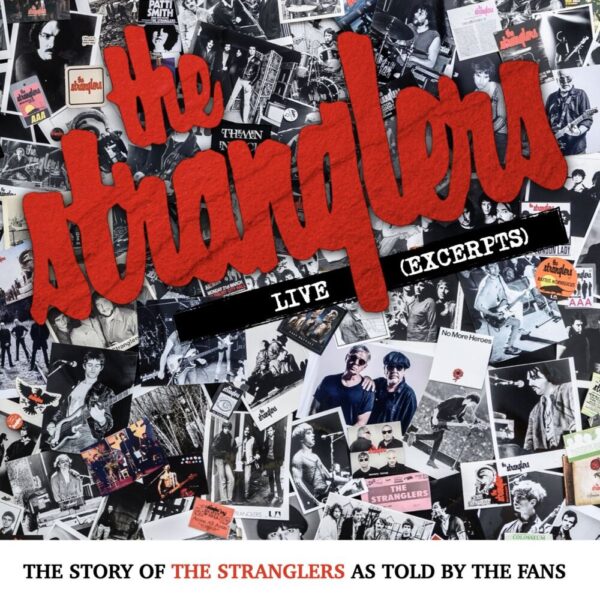 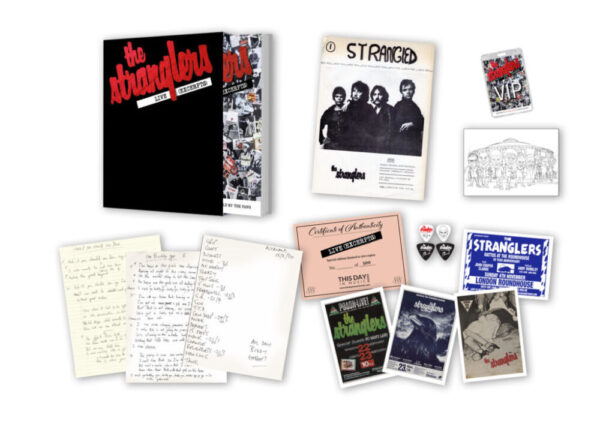