The release of Danny Boyle’s Pistol, heavily criticised by John Lydon although based on Steve Jones’ book, has turned attention to the work of Don Letts again.

Follow Letts on Twitter for the latest DJ and film release dates. It’s a personal account as well as a promotional page and it’s worth following for fleeting images of famous fans, like Johnny Marr (pictured). (Images this page: Rebel Dread/Don Letts/Twitter.)

The Rebel Dread in Summer
Recent YouTube converts to The Rebel Dread will want to catch Letts again at The Windrush Caribbean Film Festival (below) or at the BFI Southbank Reggae event.

BFI Distribution will re-release the classic crime drama The Harder They Come (Perry Henzell, 1972), starring legendary musician Jimmy Cliff as part of the season. The film, which marks its 50th anniversary this year, will be released in selected cinemas UK-wide. 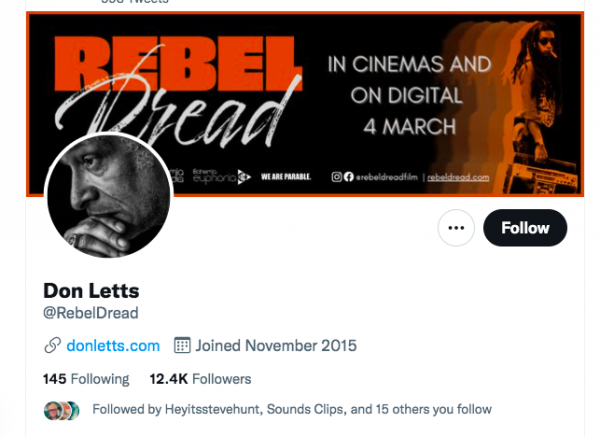 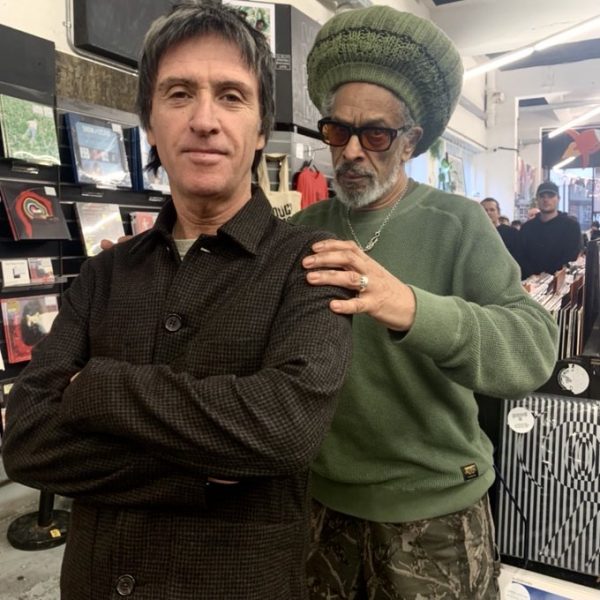 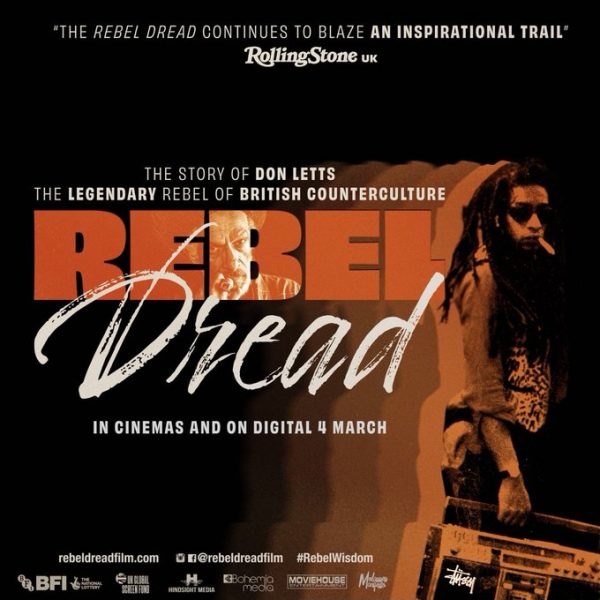 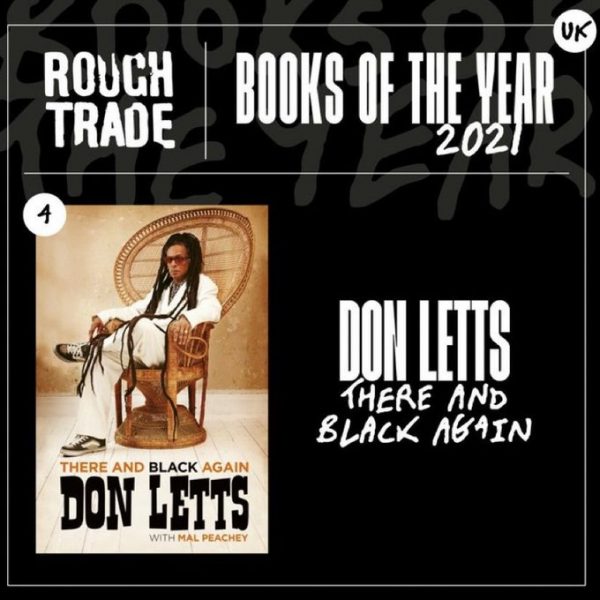 YouTube is a good open source of the Letts’ archive, as well as a rare interview (translated here) about his role in introducing reggae and Bob Marley to London punks. (From Dancing in the Street: No Fun). 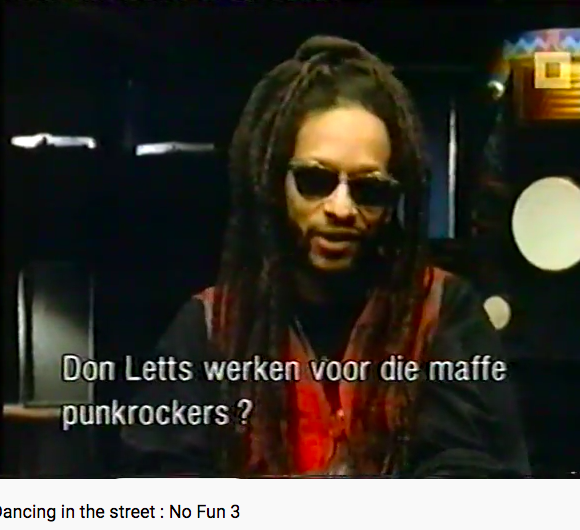 Punk Attitude Documentary by Don Letts
Lett’s Punk Attitude documentary is also on YouTube. As Reggae was “the only rebellious sound at the time” according to Letts, it made his Brixton tastes a perfect match for The Clash. Lett’s material is available for license on YT.

These stills show his privileged fly-on-the-wall position (with a Super 8 camera) at the birth of punk. Debbie Juvenile, below, from the Letts’ channel, became an iconic face of the movement. Letts was there when Sid Vicious was also (briefly) there. A young Chrissie Hynde (below) is captured with The Slits. 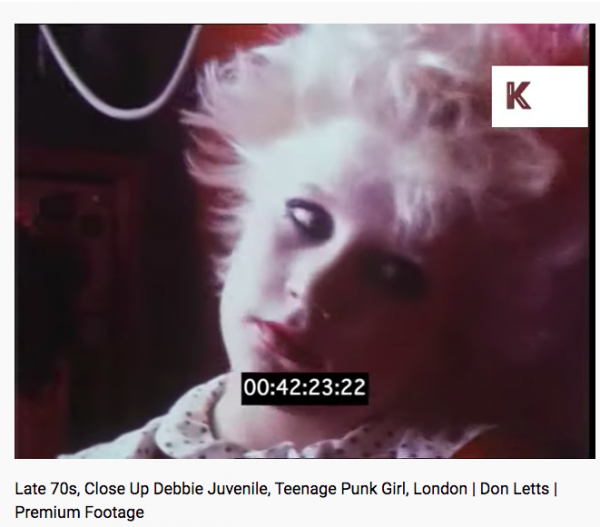 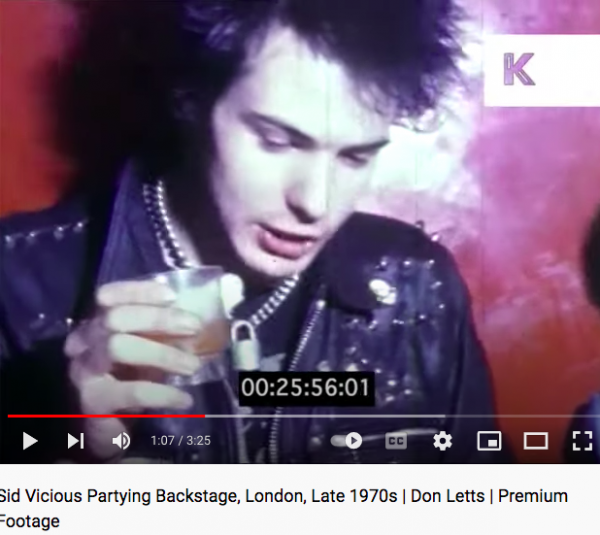 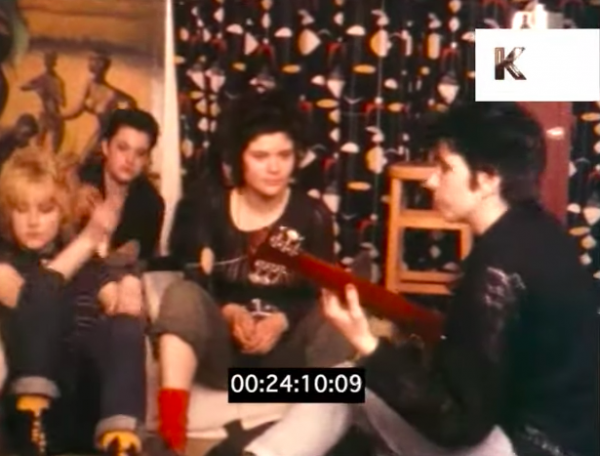 Pistol and Steve Jones
Whatever you might think of Pistol (and it’s had a mixed reception from original punks) it’s triggered new interest in the original Steve Jones autobiography and a new fascination with Don Letts, documentary, film and legendary punk clip-maker. He was there, as the DJ with the Super-8 camera, and he knew them all. There’s lots to catch up on, this summer in London. 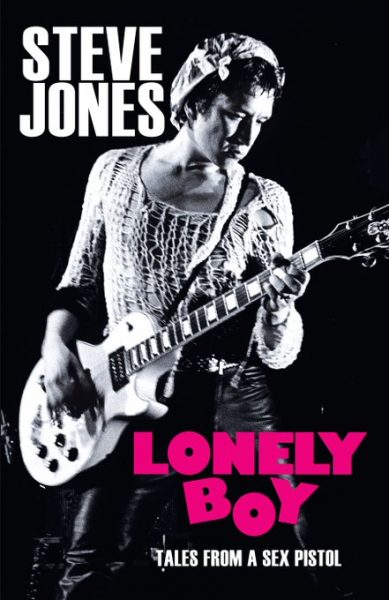