Kate Bush in Astrology and Tarot 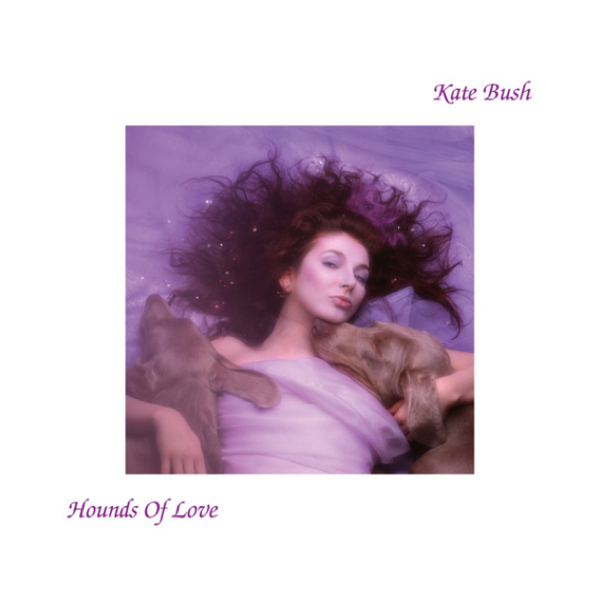 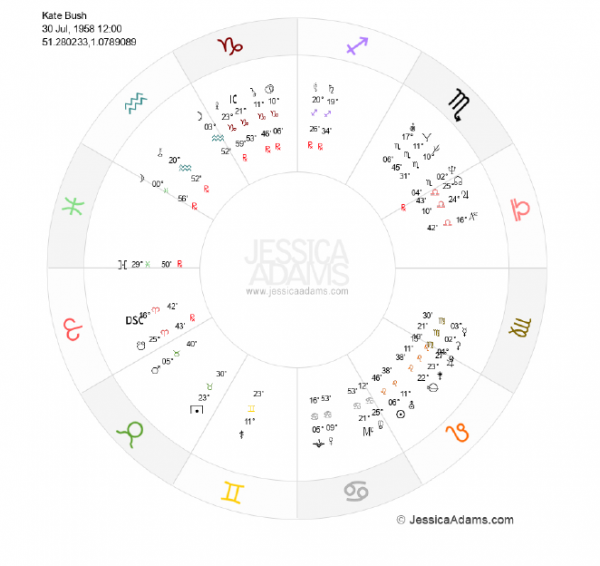 Kate Bush C.B.E. was born on 30th July 1958 (time unknown; Astrodienst) which according to astrologers, means the Ascendant, Descendant, Immum Coeli and Midheaven of the chart can’t be used, or the Moon if it’s in a low or high degree.

A 12 noon average time is used, with the nearest major centre, near her birthplace – Canterbury in Kent. The Kate Bush natal chart (above) shows stelliums in the ‘Queen’ sign Leo, the ‘sex, death and money’ sign Scorpio – and ambitious Capricorn.

The astrological chart is accurate even without a time, although the Moon and angles can’t be used.

As you might expect from the creator of Lionheart, Kate is powerfully Leo. Everyone knows she’s a Sun Leo, but she also has Uranus, Juno, Apollo and Cupido there. Five factors in the sign of the lion. This is the sign of royalty and the aristocracy and Kate is a Commander of the British Empire for her services to charity. 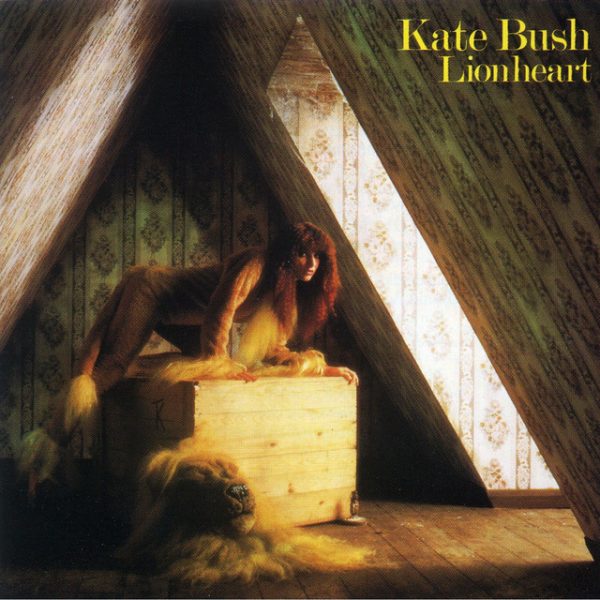 If you are familiar with Kate’s music, then you’ll know about her work, Astronomer’s Call. She has a huge range of references in all her songs, so it’s no surprise to find the Moon turn up too. 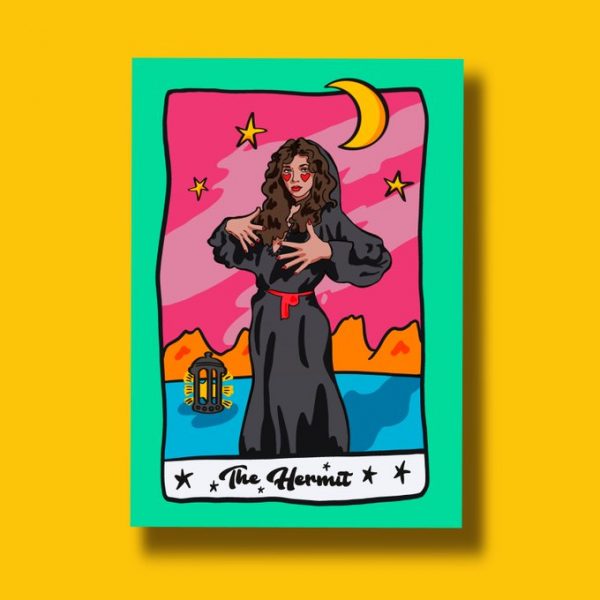 KATE BUSH IN THE TAROT

Artist Meg Fretwell on Etsy has created The Hermit in Kate’s image. The lamp remains but in the place of the old man, she has modernised the imagery of Pamela Colman Smith and Arthur E. Waite and added bright colours. The original Hermit (below) reflects Kate’s solitude and privacy. This is shown in her chart by Proserpina in Pisces in the Twelfth House of hermitude and hibernation. 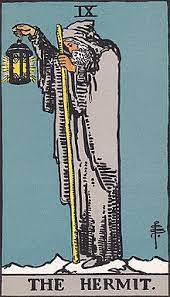 So were the stars aligned on 17th June 2022, when Kate Bush returned to Number One on the charts?

The BBC then reported Stranger Things had helped Running Up That Hill time-travel from 1985 to become Kate’s second U.K. #1 hit. The transits to her astrological chart do in fact show 17th June 2022 was historic.

Neptune at 25 Pisces was trine Kate’s Aesculapia at 25 Cancer. (This being the symbol of who/what comes back from the brink). Transiting Uranus at 17 Taurus was opposite Kate’s natal Fortuna at 17 Scorpio. The Wheel of Fortune in the sign of money. Transiting Jupiter at 6 Aries was trine Kate’s Sun at 6 Leo. The heavens rotated into perfect position that day. (Kate Bush natal chart data, below). 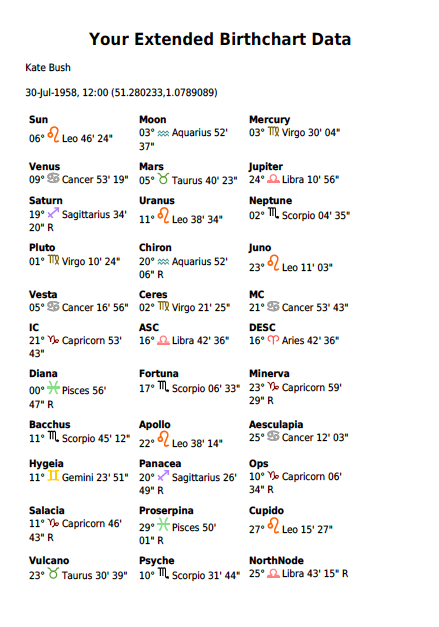 SATURN THE ARCHER IN SAGITTARIUS

The original cover for Running Up That Hill showed Kate as an archer.  Her horoscope reveals she was born with Saturn in Sagittarius, the sign of the archer, in conjunction with Panacea, just one degree away. It’s very interesting that Bush chose this imagery for the design; was she using astrology? Perhaps it’s just a coincidence, but she is speaking her chart, here. 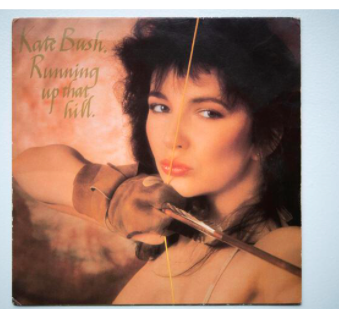 There is a greater mystery about Kate and the Tarot, according to some card professionals. Despite referring to Tarot card creator Alesteir Crowley as “a wimp” for turning back from the ascent of  the snowy mountain Kangchenjunga, Bush found inspiration in the Kangchenjunga Demon (Abominable Snowman) which Alesteir Crowley knew – for her snow-obsessed album.

So does Bush have a grounding in Tarot as well as her other literary interests? W.B. Yeats was in The Golden Dawn along with Crowley.

LILY AND THE GOLDEN DAWN

Alesteir Crowley was a founding member of The Golden Dawn and Bush’s song Lily refers to a Golden Dawn ritual.

So it’s not just about the odd Crowley/snow link (quoted in The Quietus) “Gabriel before me, Raphael behind me, Michael to my right, Uriel on my left side, In the circle of fire.”

This edit in Lily, a later Bush composition,  is also what Tarot professionals call ‘The Lesser Banishing Ritual of the Pentagram.’ The pentagram itself is the basis for the Coins/Pentacles suit in Pamela Colman Smith’s Tarot. She, like Yeats and Crowley, was part of The Golden Dawn.

Stranger things, indeed. You can find out more about Kate’s astrological chart at jessicaadams.com.