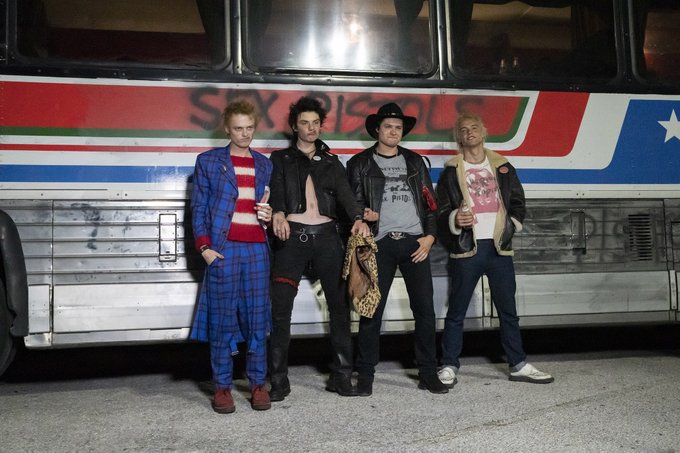 FX’s Pistol, a new limited series from Executive Producer and Academy Award®-winner Danny Boyle and based on a memoir from Sex Pistols guitarist Steve Jones, premieres May 31st only on Hulu. Fans (below) have been quick to film Pistol in progress and post exclusive sneak previews on YouTube.

Also coming in 2022, Wake Up Punk is a film about what punk meant then and still means now. It’s also about Joe Corre’s parents, Malcolm McLaren and Vivienne Westwood.

Wake Up Punk is based on six-year-old footage from 2016, 40 years since the release of the single Anarchy in the UK by the Sex Pistols, the band managed by Corre’s father Malcolm McLaren and clothed by his mother Vivienne Westwood.

Corre was protesting against a year-long anniversary celebration of punk in London endorsed by the likes of the British Library, the Museum of London and the office of the Mayor of London. It’s now ended up in a timely new film.

On sale now, you can also find the recently reviewed,  The Life and Times of Malcolm McLaren: The Biography by Paul Gorman

“One thing that stuck with McLaren was the Situationist notion of ‘the poverty of everyday life’, whose counterpart was the Spectacle, the concoction of mass media, advertising and mainstream entertainment that defined postwar culture. The Spectacle was a one-way transmission from the centre of power, insidiously penetrating the psyches of its subjects and exerting an unprecedented sway over public opinion. It depleted everyday life with its distracting dazzle, instilling passivity and isolation,” comments Simon Reynolds, author of  Retro­mania: Pop Culture’s Addiction to Its Own Past. He lives in Los Angeles. Below, the cast of Pistol. 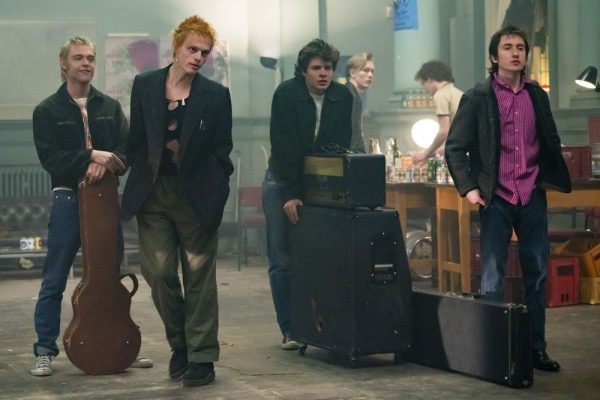 Also central to  the media interest surrounding Pistol, is the release of the Sex Pistols’ Original Recordings.

Created and written by Craig Pearce and directed by Danny Boyle, the six-episode series, Pistol,  will premiere on Hulu at Disney+ on May 31st 2022.

The show is based on Steve Jones‘ memoir Lonely Boy: Tales from a Sex Pistol and has a cast of newcomers, including Toby Wallace as Jones, Jacob Slater as Paul Cook, Anson Boon as John Lydon and Christian Lees as Glen Matlock.