The Dublin Bowie Festival will return to the city on April 13-14, celebrating the 50th-anniversary of the landmark ’72 album The Rise and Fall of Ziggy Stardust and the Spiders From Mars. 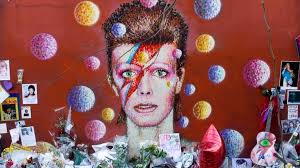 From London and Chicago respectively, Dana Gillespie and Ava Cherry will act as the headliners for the festival. Gillespie, a renowned blues singer, sang on the Ziggy Stardust album before working with  Mick Jagger, Bob Dylan and Jimmy Page.

Cherry performed with Bowie from ’73-’75. Along with her own performance, Cherry will make a guest appearance with the I Heart Bowie band in Dublin’s Opium on April 23. Tribute groups Heroes From Mars and The London Bots will provide live entertainment at the Bowie Ball on April 23. Bowie fans and collectors (below, the highly collectable Time Out archive) have become regulars at the Dublin festival. 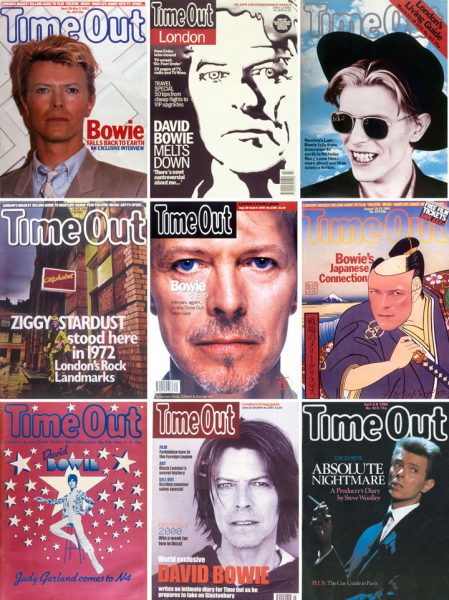 The Salty Dog No Stars will perform both Ziggy Stardust and the Bowie co-produced Transformer from Lou Reed, which is also celebrating its 50th anniversary.

David Bowie’s first ever Irish appearance was in December 1969. Aged just 22, he was a guest on RTE’s Like Now! series. Bowie performed  ‘Space Oddity’   and would go on to perform and rehearse in Dublin many times over the next four decades, with four secret gigs, including a support slot as Tin Machine at the city’s Baggot Inn.

The passing of Mick Rock, Bowie’s friend and photographer, has generated interest in the festival all over again on Twitter. This image of Bowie by Rock (Main Image) has emerged as a viral tribute.

Along with the live music, the Lighthouse Cinema will be showing The Man Who Sewed The World, Lee Scriven’s documentary on the life and times of Freddie Burretti, the fashion designer of Bowie’s Ziggy Stardust costumes. Turn and Face The Strange, will also be shown. The film revisits the classic Hunky Dory album starring the young Irish singer Shobsy.

The art exhibition sees a five-year retrospective of Irish graphic designer Cartoon Bowie’s works in the surrounds of Rathfarnham Castle. The exhibition will run from April 13 until May 2.

One of Ireland’s best-known drag artists, Veda Lady will put on a Ziggy-inspired show – titled Lady Stardust – at The George on April 20.

Tickets for Dublin’s Bowie Festival will be on sale from February 24 via Universe.