Mental As Anything have signed an international deal with Jake Riviera and Elvis Costello’s Demon Music, the brothers are reissuing all seven of their albums.

It’s 22 years since Chris O’Doherty, best known to the world as Reg Mombassa, and his brother Peter stepped out of the band that put them on the international map – Mental As Anything – to present their musical and artistic visions through their own project, which they dubbed Dog Trumpet. Now, having signed an international deal with Jake Riviera and Elvis Costello’s Demon Music, the brothers are reissuing all seven of their albums, one of them – Medicated Spirits – a double album – their first international releases. 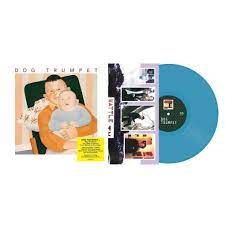 “We knew his manager, Jake Riviera,” Mombassa told me, recalling how Costello came to produce Mental As Anything’s August 1982 single I Didn’t Mean To Be Mean. “The first big overseas support we did was Dave Edmonds’ Rockpile, in ‘79, and his manager was also Elvis’ so we just asked him on the off chance.” Recorded at Albert Studios in Sydney, the younger O’Doherty wrote the B-side, Yoga Dog Sunset. The Mentals opted to record their third album, 1981’s Cats and Dogs with the production team behind their previous two albums, Bruce Brown and Russell Dunlop, but I Didn’t Mean To Be Mean, which wasn’t a hit for them, was included on the US version of the album, which was renamed If You Leave Me, Can I Come Too?

While Cats and Dogs reached #3 in Australia and #44 in Canada, the album didn’t make any impression in the US. For all that, the Mentals were soon touring the US. “Too Many Times was a hit in Canada,” Mentals keyboards player and singer, the late Greedy Smith explained to me, “and that’s why we started touring with Men At Work, because we wanted to get to Canada but that meant we had to play the US with them, we ended up doing two three‑month tours, in ‘82 and ‘83.”

For all that, Mental As Anything never broke in the US. “Because we had four songwriters and four different singers,” Mombassa explains, “every new single seemed to the record companies like having to break a new band almost. We seemed to always get that problem.” 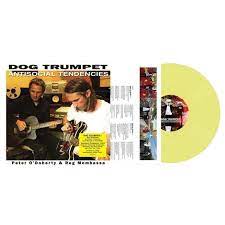 Ultimately it was the fact that there were four songwriters – Martin Plaza, Greedy Smith, Reg Mombassa and Peter O’Doherty – that inevitably prompted the brothers to step out of Mental As Anything, though the first two Dog Trumpet albums – 1990’s Two Heads One Brain and 1996’s Suitcase – were originally recorded as a side-project and released during extended breaks the Mentals decided to take, with both Martin Plaza and Greedy Smith releasing solo records in their own right. 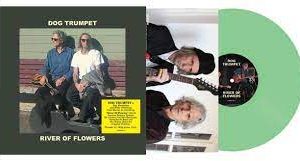 The split became permanent in April 2000, when the O’Dohertys announced that they wanted to more time developing their respective burgeoning careers as artists, though they both continued to write and were soon recording together once more as Dog Trumpet, releasing their self-titled third album in February 2002. “He did jazz at the Conservatorium and played some complex guitar,” Mombassa explained of brother Peter when we discussed the album on its release. “In fact this album is more his project than mine: he engineered it, did the string sections, played more instruments.” Live, of course, Dog Trumpet would expand to a four- or five-piece, though each album would include contributions from a variety of friends, The Go-Betweens’ Amanda Brown for instance featuring on both the Suitcase and Dog Trumpet albums.

Over the succeeding decade, Dog Trumpet released three more albums – Antisocial Tendencies in 2007, River of Flowers in 2010 and the double-album Medicated Spirits in 2013 – but it would be another seven years before they released their most recent album, 2020’s Great South Road. 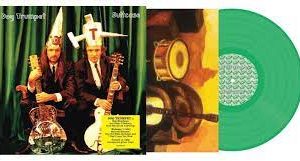 Inevitably, Dog Trumpet’s output was released on CD, the favoured format of the day, but with their signing to Demon Music, the decision was made to reissue their catalogue not only on all the usual digital platforms but, for the first time on vinyl – and not just your regular black vinyl – well, apart from Medicated Spirits anyway – but also in limited edition signed coloured vinyl copies. 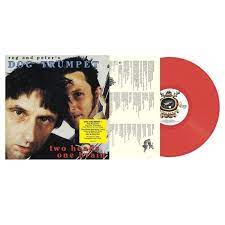