Home » Watching the Pistols at Home

Watching the Pistols at Home

If it’s 2022 already then it must be time to watch Never Mind The Baubles again, free to see on YouTube; the acclaimed BBC4 documentary of The Sex Pistols’ fundraising Christmas 1977 gig for striking firemen – directed by Julien Temple.

If you imagined for one moment that Lydon’s old age had wearied his fans (or Steve Jones’ fans, who listen to an ongoing radio show) then admirer accounts like Joy Division Central will set you right. (Central image @JD_Central by Kevin Cummins). Sex Pistols fans also find Twitter’s Christmas Card selection (below) is ongoing @SexPistols. 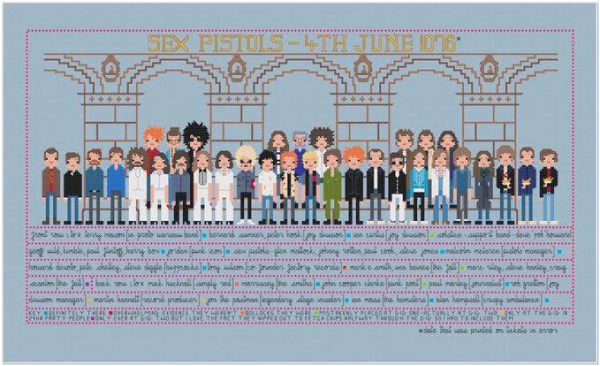 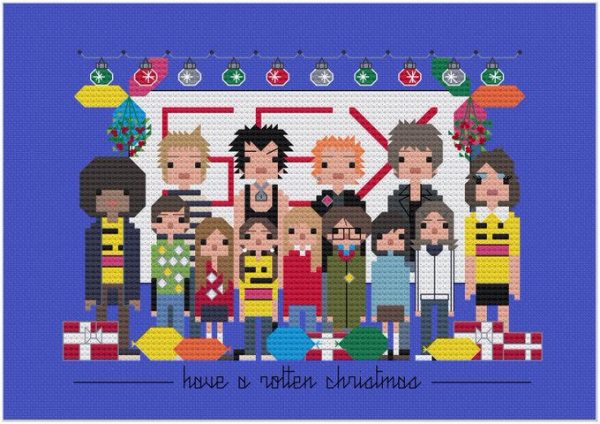 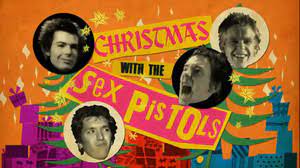 The Last UK Concert
Featuring recent interviews with the band, introduced by John Lydon – and with Temple’s 70’s archive footage, ‘Baubles’ is The Sex Pistols’ last UK concert with Sid Vicious, for the children of striking firemen in Huddersfield on Christmas Day 1977.

The Kevin Cummins  book of the time, reviewed by Pistols fans on Twitter like Paul Brightwell (image @brightwell08) captures “several superb Kevin Cummins photographs from the side of the stage” he says –  like this one, signed by Cummins. 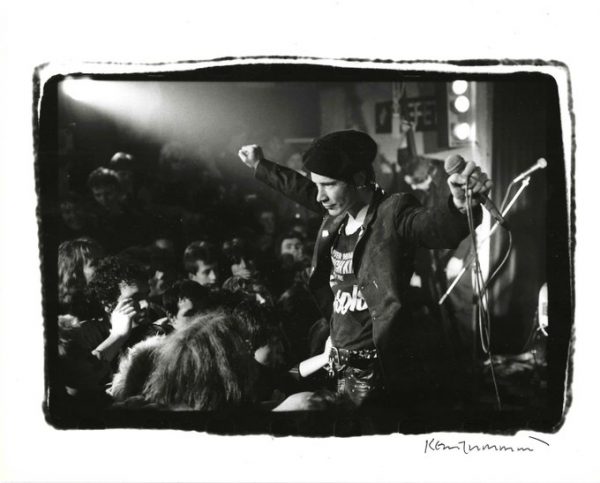 The Guardian: The photographs were taken by Kevin Cummins, then 23, who was invited by Malcolm McLaren, to take pictures.

Missing his family Christmas was an event in itself. “It was the 70s and you were terrified to leave the house on Christmas Day,” Cummins said. “There was a three-line whip to be at the table and watch the Queen’s speech.”

This would be their final UK performance of the band;they broke up a few weeks after the show and Iconic Images (below) at @IconicImages have the prints. 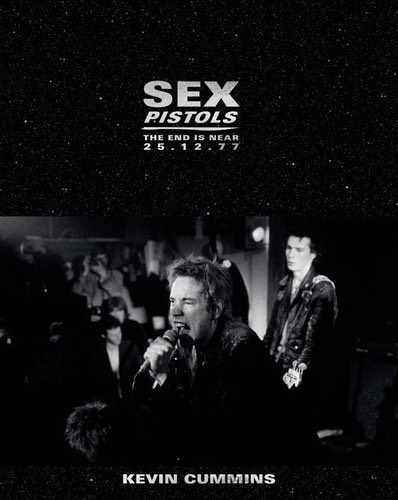 “This feeling—of uncharted territory, heady and unsteady—is palpable in the book, Sex Pistols: The End is Near.”

The End is Near: Sex Pistols Podcast

Beyond Twitter fandom and mini reviews (Cummins image above from follower @gabydomingo) the Pistols are constantly revived by new memories of old gigs.

A recent podcast, SEX PISTOLS: The End is Near 25.12.77. delivers Cummins’ vivid memories of being with the band onstage, just before a brief US tour, when the band imploded.

By the end of 1977, the Sex Pistols had been banned from virtually every town in Britain.

Cummins remembers, the afternoon shift at the Huddersfield venue was for the children of firemen, with expletives removed from lyrics and Christmas presents and cake given out – and paid for by the band. In the evening, with the camera turned on them, the Sex Pistols went through their setlist – for adults.

The Sex Pistols as the Antichrist

The Quietus adds, “Cummins met opprobrium from his own family for choosing to spend Christmas Day with the Sex Pistols rather than at home in Manchester. “Britain was a very different place in 1977, and the Sex Pistols were the antichrist.”

“Cummins exchanged no more than a brief backstage hello with the band before he had to get into his preferred position for photographing the show.”

He recalls “a great atmosphere” that night: “With the Pistols, it was almost like a secret club when people got to see them, and I think loads of people just felt grateful that they were given that opportunity. I guess because it was Christmas Day and because a room of 400 or so people managed to escape the Queen’s Speech and their own families everyone was in really high spirits…”

Sex Pistols: The End Is Near 25.12.77 is out now, published by ACC Arts Books, priced £30. Some signed prints still available.