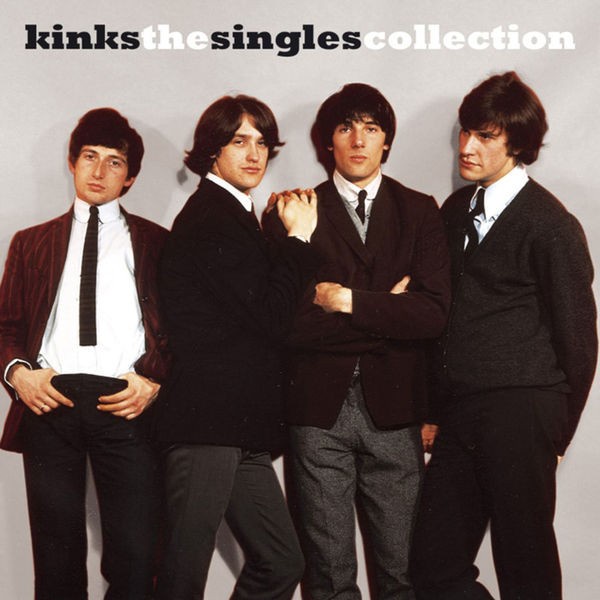 The soundwalk, narrated by Ian Chambers, transports you to the Davies’ brothers’ London, features extracts from some classic Kinks books, as well as album and spoken word tracks from the band and those who love them. From The Story of The Kinks: You Really Got Me (Nick Hasted) to Sir Ray Davies’ brilliant autobiography, this is an audio exploration of the band’s North London. 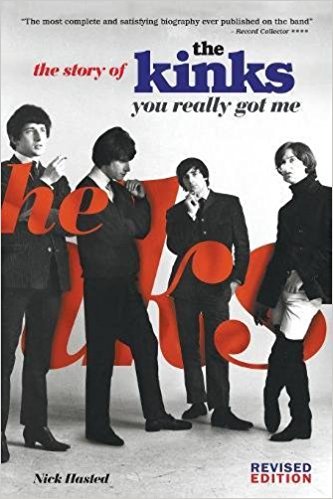 “The excitement, pace and searing distortion of You Really Got Me were unlike anything else on the charts at the time. The tortured guitar and Dave’s frenzied solo – its fuzzy, overdriven sound achieved originally by slashing with a razor blade the speaker cones of an eight-watt Elpico amplifier and then driving its screaming howls through a Vox AC30 (at the cost, in earlier experiments, of near electrocution) – put the Kinks on the rock-and-roll map, summing up pent-up teenaged angst in a frenzy of rebellion, anxiety and unrelieved sexual frustration in its frantic couple of minutes.” 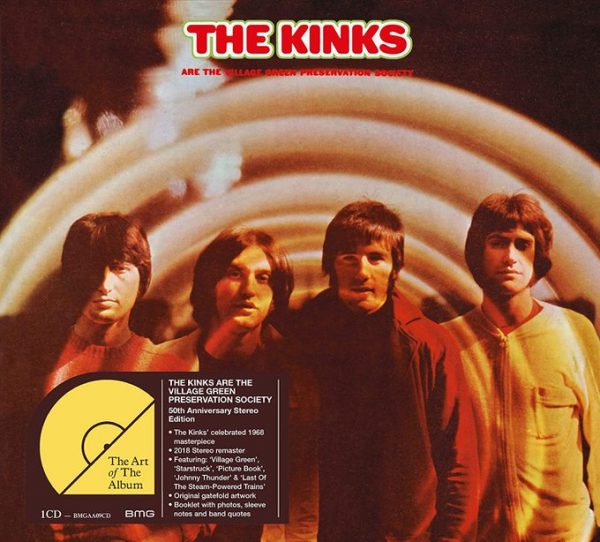 God Save the Kinks: Rob Jovanovic

“In January 1940, they (the Davies family) moved again, this time to just along the road to Muswell Hill, and the end house in a short terraced row on a street called Fortis Green, directly across from the Clissold Arms pub. Within living memory, Fortis Green had been rural and wild, and, for centuries, the area had lain undeveloped as common and wasteland.” 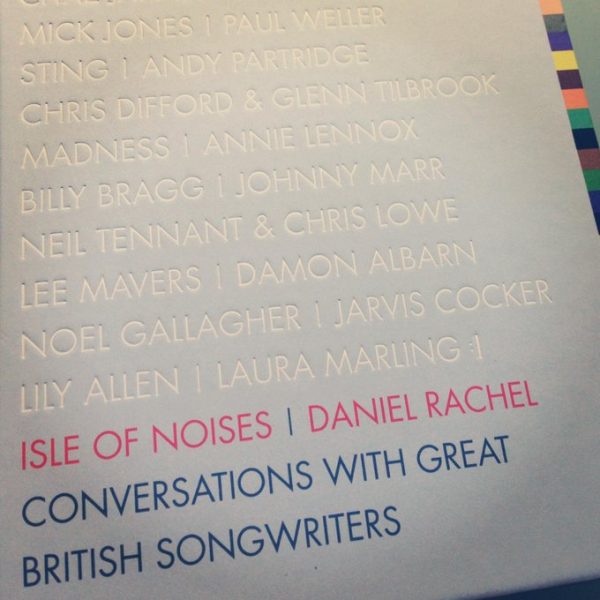 “The fountainhead of Ray Davies’ imagination is London. Waterloo Sunset conjures the unique atmosphere of the city’s famous river. It is the nearest pop music has to impressionism in art. The paintings of Whistler and Monet depict the fog of London shrouding the Thames, and Davies too draws the dirty old river with strokes of enduring symbolism. His eye for detail came from an art-school background. As a student at Croydon Art College he regularly crossed Waterloo Bridge, and this, coupled with a brief period as an in-patient at St. Thomas’s Hospital where he was able to watch the river flow, provided the idea for the song. His simple storytelling and eye for life’s everyday detail brings to mind Hogarth’s paintings and the fiction of Charles Dickens. 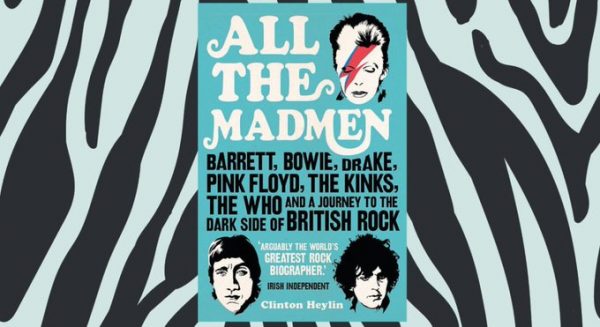 All the Madmen: Clinton Heylin

“Returning to a song he had recorded in the aftermath of his 1966 mental collapse, Village Green, he began to conceive of a Village Green Preservation Society whose house band would be The Kinks. According to brother Dave, discussing the project before its appearance, “It was originally Ray’s idea to do it as a stage musical…It’s about a town and the people that have lived there, and the village green is the focal point of the whole thing.” For Ray, there was a therapeutic purpose underlying the whole exercise.”

You Really Got Me: Nick Hasted

“The crunching travel path feels like a solid force-field against the outside world. A heavy lion’s-head door knocker announces visitors. But walk into the big white semi-detached at 87 Fortis Green, and it’s a home. Up the bannistered staircase are the attic rooms where baby Louisa grew up. When she was a little older, she’d sneak into the room where her father’s fan mail tottered, and sniff its patchouli scent.”

“Dave thrived on attention and loved noise – the everyday bustle of family life and the prattle and clatter of the school playground invigorated his imagination. “I often got chased by infuriated neighbours who claimed I’d wiped my hands on their clean washing. I made mud pies and threw them at smaller boys, and I left off stink bombs.” 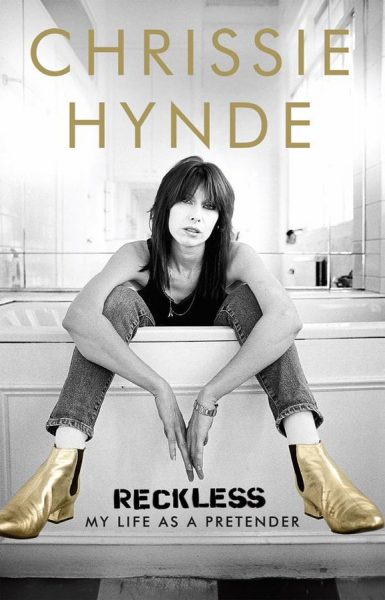 Reckless: My Life as a Pretender: Chrissie Hynde

“When I saw the destination Muswell Hill on a bus I jumped on and rode to the end of the line, where I wandered around knowing that Ray and Dave Davies must have walked there too. London – I was a kid in a toy store. I found every aspect of the city totally fascinating. I woke up every morning, a girl in love – at that stage of love where the object of desire has no faults.”

“The first boy, Ray, was born on June 21st 1944 at number 6 Denmark Street in Fortis Green, Muswell Hill. Three years later he was followed by Fred and Annie’s second and last son, Dave, on 3rd of February 1947. “Ray was probably only happy for three years. The three years before I was born,” Dave later said. It was the beginning of a complex and volatile relationship that would create some of the most memorable music of all time.”

“I remember that first shock of being presented with a rival brother, but I learned to treat this person as a companion rather than an interloper. A few years later we played cowboys and Indians in the front room. From behind the armchairs that served as rocks in the American Wild West, I emerged as a cowboy after being attacked by an Apache Indian, invariably played by my long-suffering brother. I fell from the settee to the floor and lay dead until my vicious murderer came to scalp me. As David Russell quietly came close to me with a rubber knife in his hand, ready to scalp his seemingly unconscious brother, I sprang to life and smashed him across the side of the face with the wooden handle of my toy shotgun. Tears flowed and I hid behind the full-length curtains by the front-room windows while David Russell tearfully ran to Mum in the kitchen.” 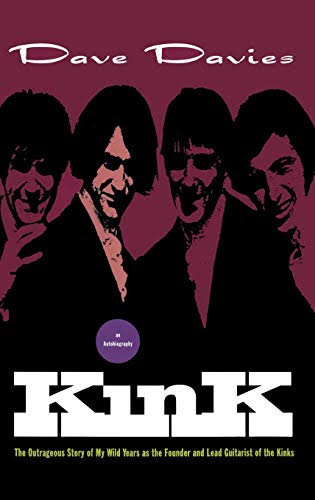 The Kinks are the Village Green Preservation Society: Andy Miller

“Dave Davies calls it “a very beautiful record.” “It was more of a band effort,” says Mick Avory. “It was collaborative, rather than him writing a song and going in like session men and just doing it.” Bassist Peter Quaife, who would leave the group a few months after the album’s release, agrees. “This is what made it unique,” he says. “When we made that L.P. all of us managed to get in ideas and put them over and do them, which was amazing. It’s the best album we made. I know I played on the damn thing, but every time I listen to it I think – this is worth something, this album. It really is.” 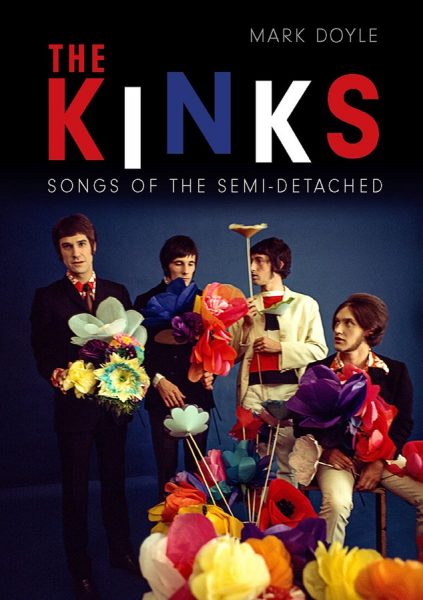 The Kinks – Songs of the Semi-Detached: Mark Doyle

“So what, exactly, was the Kinks’ world? Geographically, we can picture it as a series of concentric rings centred on 6 Denmark Terrace, the Davies family home in North London, in a residential area called Fortis Green between Muswell Hill and East Finchley. The first ring takes in the square mile or so around Denmark Terrace, where Ray and Dave Davies encountered their earliest musical inspirations. Within this ring were the homes of assorted Davies sisters and brothers-in-law and cousins, the home of bassist Peter Quaife, the parks the Davies brothers played in, the library from which they borrowed books by the likes of George Orwell and Alan Sillitoe, the first schools they attended and the modest semi-detached house that Ray Davies would buy in 1965 during the group’s early rush to fame.”

This might have been the Peter Ackroyd book, Bowie was thinking of – London: The Biography.

“Seaweed can still be seen in the greyish marble of Waterloo Station, and the force of hurricanes may be detected in the “chatter-marked” stone of pedestrian subways.”

For a complete list of Kinks musicians please go here.

The Albums
With thanks to the official Kinks Fan Club.

All books available at Amazon 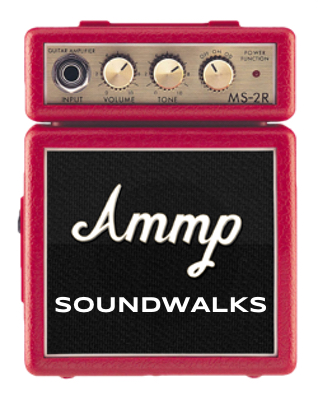 One Reply to “The Kinks Soundwalk”