The Band Before Bon Scott
AC/DC is the biggest metal band in the world, but they began with glam. The first version of the band is kept alive on Dave Evans’ Facebook page, from where this photograph comes – his gigs – and the occasional intriguing interview. 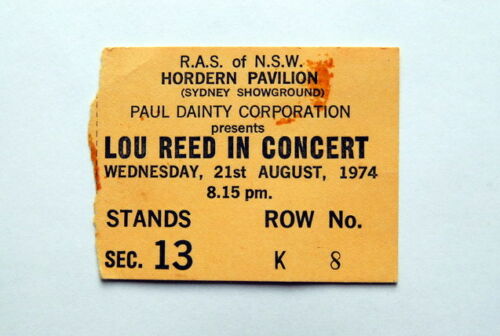 Goodbye Dave, Hello Bon
Dave Evans’ time with the band was over by October 1974, when he quit, largely due to an acrimonious relationship with then-manager Dennis Laughlin, he told The Sydney Morning Herald.  Laughlin was the original lead singer for Sherbet and would also sometimes sing in place of Evans at gigs.

Angus Young’s Uniform
Dave Evans today: “All the Aussie bands looked the same and we were a typical jeans and T-shirt band until the guitarist Angus Young decided he was going to dress as a shorts-sporting school boy in order to attract the kids,” he told Wales Online (Evans is Welsh).

Rod Stewart, Slade and YMCA
“So Malcolm would wear a satin jump suit, drummer Noel Taylor was dolled up like a joker from a pack of cards, and our bass player Neil Smith decided to dress like a tough New York motorcycle cop – and this was long before that YMCA song, mate! Me? I went for a cross between Rod Stewart and Slade with the high boots, tight jackets and scarves. The first time we all saw each other with that get-up on we were like, ‘Bloody hell’! This rare photograph on eBay shows what Evans is talking about, below. And here’s another one, both probably taken by Philip Morris at Chequers in Sydney. 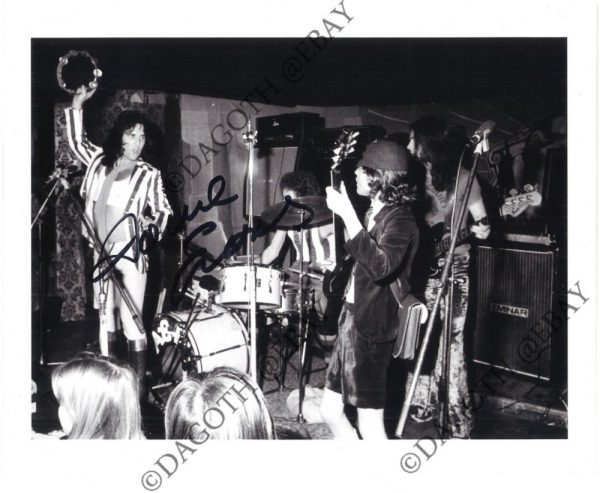 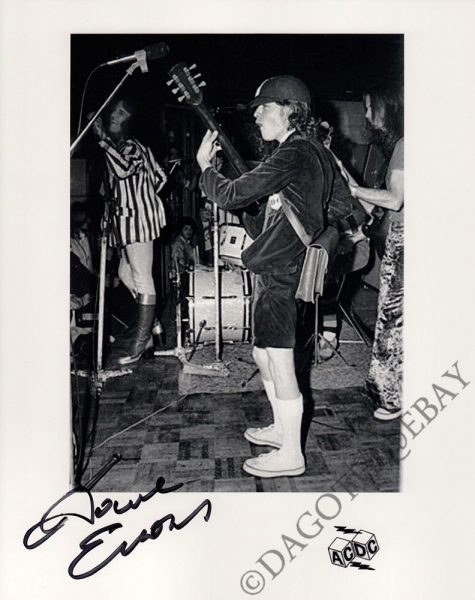 Can I Sit Next To You Girl was re-recorded when Bon Scott joined as singer, but it graced the Top 50 in Australia on release.

AC/DC Net is the best source for early gigs and concerts.  Like this one –  Chequers, 79 Goulburn Street, Sydney – The First Gig on 31st December 1973, New Year’s Eve. This is the debut that would put them on the road: the Long Way To The Top.

The B Side and the Band
Rocking in the Parlour, the B-Side of Can I Sit Next To You, Girl was released on 22nd July 1974.

The single features The Masters Apprentices’ Colin Burgess and The Easybeats’ George Young. It was written by Malcolm and Angus Young.  When AC/DC re-recorded the song for T.N.T. they lost the comma and gained a different sound. For Dave’s side of the story, visit his website.