David Bowie: Boxing up the legacy 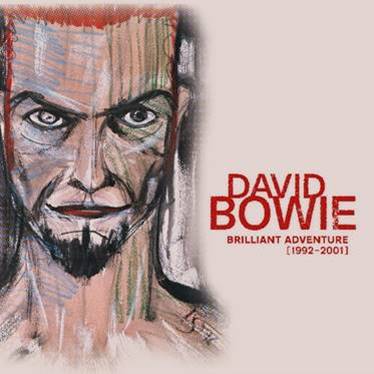 Friday November 26, 2021, Parlophone Records/ISO Records will be releasing David Bowie 5. Brilliant Adventure (1992 – 2001), the fifth in a series of fully remastered box sets spanning 40 years in the career of one of the most remarkable and charismatic artists ever to strut a stage.

Of course, since these box sets begin in 1969, the original versions of Bowie’s nine singles and one self-titled album released between 1964 and 1967 variously as Davy Jones with the King Bees, The Manish Boys and Davy Jones/David Bowie and the Lower Third remain to be corralled, remastered and boxed up – but with Brilliant Adventure, Bowie’s own reinterpretations of some of that material will see release for the first time – as TOY.

When he presented his label at the time, Virgin Records, the resulting album, TOY, they knocked it back, citing “a lot of scheduling conflicts”. Bowie was, as Visconti has since pointed out, “hurt terribly” and not soon after he left the label, set up his own ISO Records and signed with Columbia, with whom he released his next album, 2002’s Heathen.

“T0Y is like a moment in time,” Bowie’s co-producer Mark Plati on the album points out in a note accompanying the release of Brilliant Adventure, “captured in an amber of joy, fire and energy. It’s the sound of people happy to be playing music. David revisited and re-examined his work from decades prior through prisms of experience and fresh perspective – a parallel not lost on me as I now revisit it twenty years later. From time to time, he used to say ‘Mark, this is our album’ – I think because he knew I was so deeply in the trenches with him on that journey. I’m happy to finally be able to say it now belongs to all of us.”

The physical box sets are accompanied by books – 84 pages in the CD box and 128 in the vinyl set – that feature rarely seen and previously unpublished photos by among others, Frank W. Ockenfels III, Nick Knight, John Scarisbrick and Nina Schultz Terner, as well as memorabilia, technical notes about the albums from producers/engineers Brian Eno, Nile Rodgers, Reeves Gabrels and Mark Plati as well as a new an interview with The Buddha of Suburbia collaborator Erdal Kizilçay.

The CD box set will include faithfully reproduced mini-vinyl versions of the original albums where applicable, and the CDs will be gold coloured rather than the usual silver. The vinyl box set has the same content as the CD set and is pressed on audiophile quality 180g vinyl.

Friday 7th January 2022, the day before David’s birthday, Parlophone Records/ISO Records will release TOY (TOY:BOX). To quote the label press release, “The ‘capture the moment’ approach of the recording sessions is extended to the sleeve artwork, designed by Bowie and featuring a photo of him as a baby with a contemporary face. The package also includes a 16-page full-colour book that again features previously unseen photographs by Frank Ockenfels III.”

Included in TOY:BOX is a second CD/set of 10” vinyl albums of alternative mixes and versions including proposed B-Sides (versions of Bowie’s debut single, Liza Jane, and 1967’s In The Heat Of The Morning), later mixes by Tony Visconti and the ‘Tibet Version’ of Silly Boy Blue, which was recorded at The Looking Glass Studio around the time of Bowie’s 2001 Tibet House show in New York City that featured Philip Glass on piano and Moby on guitar. The third CD/set of 10” vinyl albums features “Unplugged & Somewhat Slightly Electric” mixes of13 of the tracks on TOY, produced by Mark Plati

The Wedding
You’ve Been Around
I Feel Free
Black Tie White Noise (featuring Al B. Sure!)
Jump They Say
Nite Flights
Pallas Athena
Miracle Goodnight
Don’t Let Me Down & Down
Looking for Lester
I Know It’s Gonna Happen Someday
The Wedding Song

THE BUDDHA OF SUBURBIA

Buddha of Suburbia
Sex and the Church
South Horizon
The Mysteries
Bleed Like a Craze, Dad
Strangers When We Meet
Dead Against It
Untitled No. 1
Ian Fish, U.K. Heir
Buddha of Suburbia (featuring Lenny Kravitz on guitar)

Leon Takes Us Outside
Outside
The Hearts Filthy Lesson
A Small Plot of Land
Baby Grace (A Horrid Cassette)” (segue)
Hallo Spaceboy
The Motel
I Have Not Been to Oxford Town
No Control
Algeria Touchshriek (segue)
The Voyeur of Utter Destruction (as Beauty)
Ramona A. Stone/I Am with Name (segue)
Wishful Beginnings
We Prick You
Nathan Adler (segue)
I’m Deranged
Thru’ These Architects Eyes
Nathan Adler (segue)
Strangers When We Meet

‘hours…’
Thursday’s Child
Something in the Air
Survive
If I’m Dreaming My Life
Seven
What’s Really Happening?
The Pretty Things Are Going to Hell
New Angels of Promise
Brilliant Adventure
The Dreamers 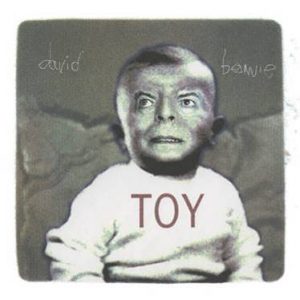