Home » JONI MITCHELL AND THE ROAD TO BLUE

JONI MITCHELL AND THE ROAD TO BLUE

In Belinda Carlisle's essay included in the 50th anniversary remastered reissue of Joni Mitchell’s June 1971 album, Blue, credits the album with making her not only a better songwriter but also a better woman, singer-songwriter 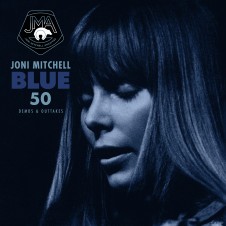 In her essay included in the 50th anniversary remastered reissue of Joni Mitchell’s June 1971 album, Blue, which credits the album with making her not only a better songwriter but also a better woman, singer-songwriter and former Go-Go’s frontwoman Belinda Carlisle writes that “it taught me what it means to be really tough and that there was never anything ‘silly’ about the feminine.” Uncut magazine reviewer Laura Barton broadens on that in her assessment of the four albums included in the latest Joni Mitchell Archive Series box set, The Reprise Albums (1968-1971) – “It is the toughness of femininity that runs through this collection.”

Of love and loss…

“At that period of my life,” Mitchell told Rolling Stone in 1979, “I had no personal defences.” If anything, the Canadian-born singer-songwriter seemed committed to being as completely, nakedly honest about herself, her life and her feelings as possible. Blue was the most confessional album yet, a culmination of all that she’d hinted at on her preceding three albums – 1968’s Song to a Seagull, 1969’s Clouds and 1970’s Ladies of the Canyon.

Neither of the singles – Carey and California – lifted off Blue proved hits, but the album itself reached #3 in the UK charts, #9 in Canada and #15 in the Billboard 200 chart.

The making of Blue…

By the time Mitchell went into A&M Records’ Studio C, she’d been romantically involved with fellow singer-songwriter James Taylor for some months, so it was inevitable that he would be one of the accompanying musicians, along with guitarist Stephen Stills on bass, pedal steel player “Sneaky” Pete Kleinow and drummer/percussionist Russ Kunkel. Three of the songs on the album – This Flight Tonight, All I Want and the title song, Blue – referenced her relationship with Taylor, while the aforementioned Carey was Mitchell’s paean to her brief but intense two months of love with an expat American named Cary Raditz on the Greek island of Crete.

It was on another Mediterranean island, Formentera, one of the Balearic Islands, that Mitchell had decided to end, via telegram, her relationship with former Hollies member Graham Nash, for whom she wrote My Old Man and River. In happier times, just a year or so before, he’d written the Crosby, Stills, Nash & Young single Our House for her. Perhaps the most poignant song on Blue, Little Green, had been written back in 1966 about the daughter Mitchell had given up for adoption the year before. Not that she made that common knowledge until 1993, finally reuniting with that daughter, Kilauren Gibb, four years later.

Before Graham Nash, Mitchell and former Byrds member David Crosby had been an item and it was Crosby who had introduced her to the newly expat Englishmen soon after he arrived in Los Angeles. Crosby ended up producing Mitchell’s first album, Song to a Seagull, on which Stephen Stills had also played bass. Mitchell has remixed the album for the Archive Series Reprise Albums reissues. “The original mix was atrocious,” she says now.

Not long before Song to a Seagull was due for release, in March 1968 Mitchell was partway through a fortnight’s residency at Le Hibou Coffee House in Ottawa, Canada. As it happens, a guitarist named Jimi Hendrix was playing at the Capitol Theater a few blocks away and decided that, after he’d done his set for the might, he’d take his reel-to-reel tape recorder down to Le Hibou and record her performance. July 28, 2021, Joni Mitchell posted Hendrix’s unreleased recording of that night back in ’68 on her official website.

MusiCares, the leading US music charity providing music professionals health and human services across a spectrum of needs, has announced that Joni Mitchell has been chosen as the 2022 MusiCares Person of the Year and will be the honouree of the 31st annual Person of the Year benefit gala, to be held at the Los Angeles Convention Center January 29, 2022.

The Joni Mitchell Archives: The Reprise Albums (1968-1971) are out now on Rhino Records. 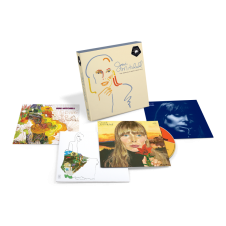