The latest Gary Numan album, Intruder, his 18th, is “a philosophical examination of a potential future apocalypse: the planet can only survive by purging its inhabitants.”

According to his website, the latest Gary Numan album, Intruder, his 18th, is “a philosophical examination of a potential future apocalypse: the planet can only survive by purging its inhabitants.” In a way, it’s a natural successor to the albums that put him on the map in the late ‘80s and early ‘90s, 1978’s Tubeway Army, 1979’s Replicas and the album he brought to Australian stages in 1980, The Pleasure Principle, and the hit singles Are ‘Friends’ Electric and Cars.

And I’ve been summoned to the Orangerie Room at the Sebel in Sydney’s Elizabeth Bay where I’m attending a press conference after which I’m to track Numan down for an interview. This turns out a little more difficult than anticipated. Despite its having been organised by the record company, Numan seems to have decided against one-on-one interviews. I’m still young and naïve enough to think I might find a way to him. After all, I’m a musician, I’m a Pisces and, as a freelancer, I need to get 6000-odd words for a technical music magazine called Sonics in order to consolidate my position in it.

So I work my way up through the road crew, lighting techs and then the members of the band until finally those fellow musicians gain me an entrée to the man himself – and he turns out to be perfectly happy to chat.

“I watch television a lot…”

He admits, “And you see, like, the news and you take that to extremes and what could happen because of that.” As for the 22 year old Numan’s obsession with androids and machines at the time, the subjects of Replicas and The Pleasure Principle, “Replicas is nearly all just futurist, just games… It’s just, like, a childish interest that I’ve had for years and years, constantly reading too many science fiction books and stuff.”

“I was writing a book and Replicas came from that. Same as the character, The Black” – the stage persona Numan assumed performing the album – “that also came from the book. My heroes always used to look like I look now, in my stories… In Replicas they become actual machines with a human skin, with a clean skin, and when we made it and we had to go on stage, I just became that. I’ve been writing about that since I was about sixteen off and on.

“Books and films influenced me quite a bit. I read everybody but my favourite is Phillip K Dick – got so many ideas from him. William Burroughs I got into because of Bowie. Bowie used to talk about Burroughs all the time.”

Gary Numan’s Touring Principle Sydney run – three nights at the Capitol Theatre 29, 30 and 31 May, completed his Australian tour that year.

Numan released his most successful record in 35 years, Savage: Songs from a Broken World reaching #2 in the UK charts. The core idea of the record again presented his take on one of the major issues being discussed by television news media – climate change – and Numan’s unflagging passion for science fiction, creating a post-apocalyptic landscape the result, this time, of global warming rather than out of control technology or nuclear war. “The songs,” he explained in an Alt360º radio interview at the time, “are about the things that people do in such a harsh and terrifying environment.”

That year Numan was presented an Inspiration Award at the Ivor Novellos. In 2020, Numan published his autobiography, (R)evolution.

Released on BMG Records, Intruder takes the narrative of Savage along a darker, angrier road as the planet “fights back”. 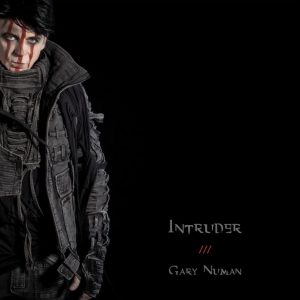 The album is available in several formats including as a vinyl double-LP in a gatefold cover and available in four different colours, with bonus tracks When You Fall and The End Of Dragons (Alt). Intruder is also available as a Deluxe CD that includes a booklet with lyrics and additional photos as well as one bonus track, When You Fall. 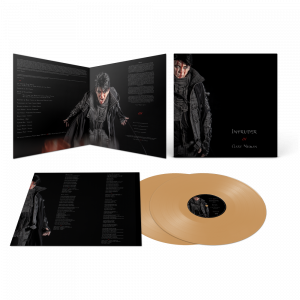 Gary Numan’s Intruder tour of North America has, inevitably, been rescheduled until 2022 as a consequence of the continuing ravages of the COVID-19 Delta variant across the continent.