Home » Whatever Happened to Supernaut?

Whatever Happened to Supernaut? 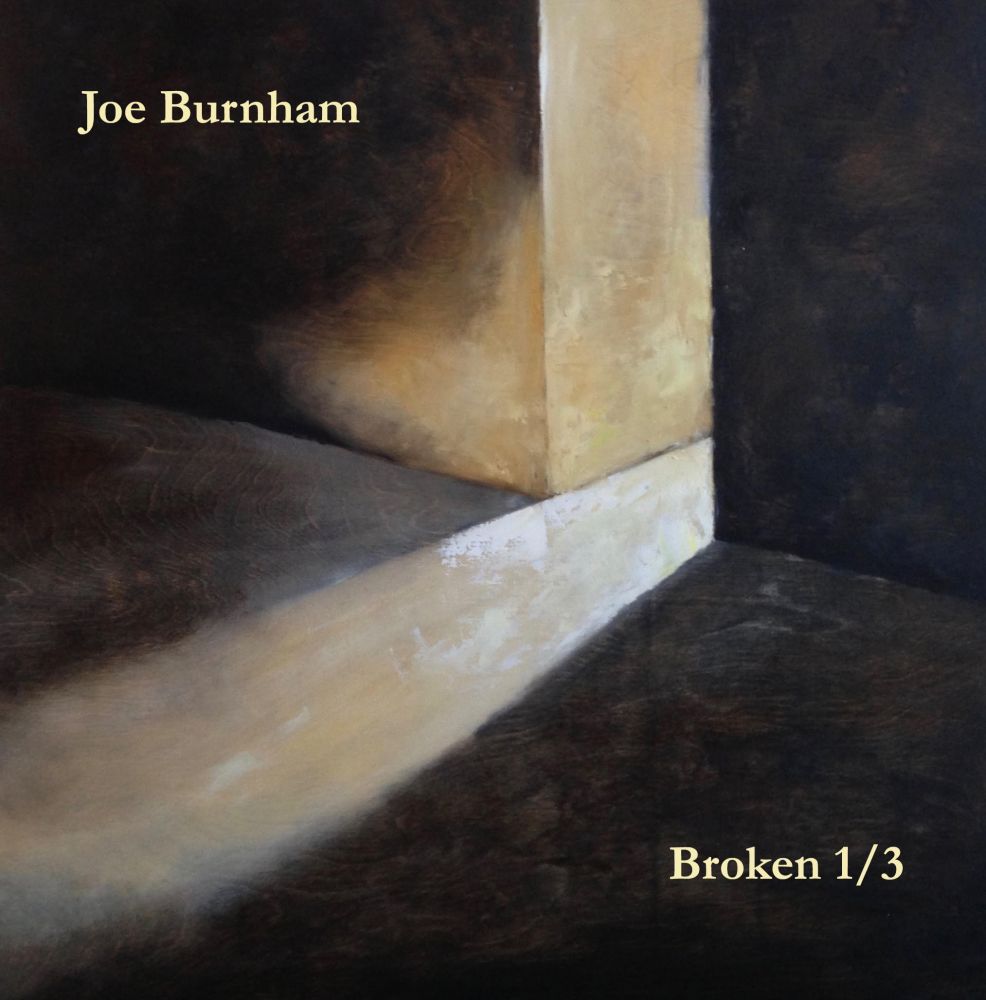 They Liked It Both Ways

Over the months taking us to the end of 2021, singer, songwriter and, now, multi-instrumentalist – though he probably wouldn’t make that claim of his modest guitar and bass playing – Joe Burnham will release three successive EPs – Broken: 1/3, Broken: 2/3 and Broken: 3/3 – the first released in August.

By year’s end, the dozen songs will have been gathered together as an album, titled simply Broken. Joe Burnham? The world first met him back in May 1976 when he was the drummer with a band called Supernaut. 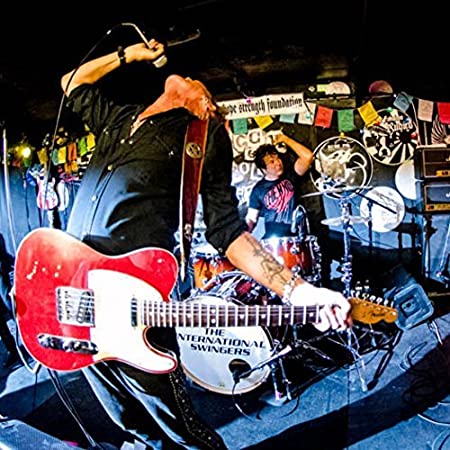 May 1976 and Paul McCartney

It was in May 1976 that Supernaut released their debut single, I Like It Both Ways. “We’d done a demo of Both Ways,” recalls guitarist Chris Burnham – fronting the band was singer Gary Twinn while Randall Murphy was on bass – “and Molly [Ian Meldrum] was in Perth with Paul McCartney and Wings, who were touring, and [our manager] Robbie Williams somehow slipped him a copy of the demo and they came to see us in this little club and that’s when he wrote in TV Week that the only band that Paul McCartney liked during his tour was Supernaut, so we thought we were made, we’re in TV Week! That was good enough for us – we’re going over to the eastern states!”

“We’d already sent Both Ways to every record company in Australia and been rejected twice. The first version was an almost completely pornographic song so we understood and changed the lyrics slightly, and it was rejected again, and after Molly wrote his little piece there was a sniff of interest and we thought we’ve got nothing to lose.”

Melbourne and Meldrum
So the boys saved up their gig money, jumped on a train and headed for Melbourne on the off chance. Once they’d settled in, they contacted Meldrum and he took them into the studio to produce I Like It Both Ways, a young Tony Cohen, who would make his name producing the early records of The Birthday Party, engineering the session.

“The highlight for me in the studio,” Burnham admits, “was seeing Molly standing on the mixing desk, pumping the air. And as soon as it was finished, every record company wanted to sign the band, just on the basis of this one little snip of information basically.”

Within weeks, courtesy a psychedelic clip and performance on Countdown, the single hit #3 in the Melbourne charts, eventually reaching #16 on the national Kent Report chart. By the time their second single, Too Hot To Touch was released, Murphy had quit and returned to Perth and was replaced by Sydneysider Phillip Foxman.

From Super to The Nauts

While Too Hot To Touch managed #12 in the Melbourne charts and their self-titled Cohen-produced album #13, released in September 1976 eventually selling some 50,000 copies, Supernaut soon found themselves on the outer as punk finally began to take hold and their next few singles did less and less well. Unhappy with their label – they’d signed with Polydor – they abandoned the second album they’d begun working on.

Signing with Wizard Records, by which time the “glam” had gone, embracing the tougher “punk/New Wave” Supernaut had become The Nauts. As such in December 1979 they released another self-titled album, produced by Wizard’s owner Robie Porter, before heading off to London to try their luck. They’d had some interest from Virgin Records and Twinn and the Burnhams had been born in the UK, so it was the logical next step. Within four months it was all over. 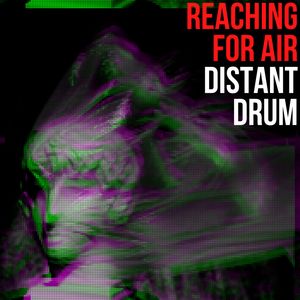 Foxman had decided to head back to Sydney, followed a year or so later by Chris Burnham, but Twinn and Joe Burnham decided to stick it out and put together a three-piece, Twinn picking up the bass. When Joe Burnham also opted to return to Sydney, Twinn joined a band called Twenty Flight Rockers, who, as it happens, were being managed by former Clash manager Bernard Rhodes.

“People that I was meeting in London,” Twinn remembers, “that were in bands that we think of as the major punk bands, they were all in exactly the same place as Chris, Joe and me back in Perth in ‘74, listening to exactly the same thing. If you listen to I Like It Both Ways and forget the glam clothes, it could have been recorded by a punk band.”

Twenty Flight Rockers toured Europe and the US, released a couple of singles but folded with the loss of their deal. Twinn passed through a number of shortlived lineups before moving to Los Angeles where, in 2011, he teamed up with a few friends and cut an album as The International Swingers.

In 1982, Chris Burnham met up with singer Chris Bailey and joined his then latest incarnation of The Saints, the band Bailey had originally formed up in Brisbane back in 1973 with guitarist Ed Kuepper. Burnham featured on The Saints’ 1984 album A Little Madness to Be Free, but left soon after its release to rejoin brother Joe in a three-piece called This Is This with former Lipstick Killers bass player Stephen Mather, releasing two singles in 1985.

When that band folded, the brothers got involved in filmmaking with Chris Burnham writing and directing his first full-length feature film, Almost, which was released in 2007, Joe Burnham composing the music. Chris and his partner Adriana Nunez also opened Warehouse Photographic Studios in Bondi Junction for gallery exhibitions. These days the couple live in Woy Woy on the NSW Central Coast. 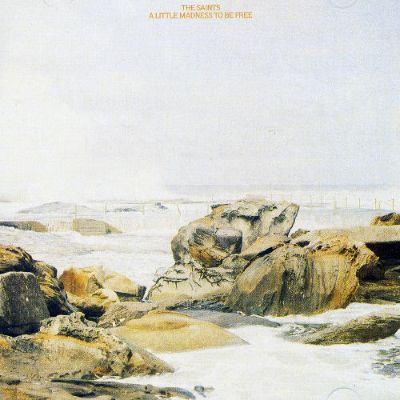 Having returned to London, in 1984 Foxman scored a deal with EMI’s Parlophone and headed into Air Studios to record an album with fellow Australian, keyboards player Roger Mason (ex-James Freud & Berlin), fresh from touring with Gary Numan, former Japan guitarist Rob Dean and, initially, Joe Burnham, who by then was back in Sydney. “I get a phone call from Phil,” Burnham remembers, “saying he’s doing an album and would I come over and do the drums?’ So I go, ‘Yes.’ So I go back to the UK to do the first half of that album. By then though I was kind of love sick, so I said ‘I’ve got to go back to Australia.’” – he’d fallen in love with a girl back in Sydney – “so they brought in drummer Hugo Burnham [no relation!] from Gang Of Four.”

Naming the band Illustrated Man they released two singles – Head Over Heels and Just Enough – and an eponymous six-song mini-album. Though the records achieved a modicum of success and they quickly became a popular and respected live act, Illustrated Man broke up soon after doing a New York tour. By 1986 Foxman found himself back in London. A lucky win however soon saw him jump on a plane and start a new life in New York City.

Reaction Records
In 1990, Foxman put together an electronic-rock band called Crash that gigged around the place and released an album, the band folding in 1994. Over the next decade he got involved in producing a variety of independent artists and helped set up a label called Reaction Records, which released seven compilation CDs over three years. “I have some friends who are actors,” he explains, “and had done some short films for them so I was looking to get into film music supervision. On the first compilation I’d done was an artist who shall remain nameless who had a side job where she would… entertain men as it were! And one of these men worked for a major band, so she gave him a copy of the CD, and later he was talking to the director of this independent film who was looking for a music supervisor. Next thing I get a phone call, ‘cause some girl entertains some guy – I mean, is this rock’n’roll or what?! So I’ve got into doing films.”

Sydney to New York
Foxman returned to Sydney in March 2001 to play a few shows and introduce his quintessentially New York solo album, West 4th & Charles, recorded with a studio group he dubbed Prime 8. By 2004, he’d established himself as a singer-songwriter and moved back to Bondi where he put together a band to promote his next New York-recorded album, Up Antenna. Since then he’s written at least two plays and cowritten a musical titled Atomic, based on the creation of the atom bomb, which was performed in Sydney in 2013 and New York City’s Acorn Theatre off-Broadway the following year. July 2020 saw the release of his latest album, Reaching For Air, recorded with his current band Distant Drum.

After the success of the first national Countdown Spectacular tour of Australia June through August 2006, the promoters decided to mount a second, which ran August through September 2007, that included some of the international artists and acts that had been an important part of the ABC TV show’s success through the ‘70s and ‘80s and hadn’t featured in the first Spectacular. Among the acts featured in Countdown Spectacular 2 were Supernaut, who reunited once again in June 2016 for one last run celebrating the 40th anniversary of the release of I Like It Both Ways. They also released a final single, Fading Star, written by Joe Burnham.

“After we went back to the UK and played in a three-piece with Gary, I started getting a few melodies of my own, but I was a bit shy and I couldn’t really transfer it to guitar ‘cause I couldn’t play. So when I came back to Australia and got married, I started to teach myself guitar. I’m not a great guitar player but learnt enough to write songs. I’ve learnt enough to do it all myself basically.”

In November 2009, Burnham released his debut solo album, Dust. “My proudest moment in all my musical career was when I put the first album out and someone in Germany bought it!” he chuckles. “Someone who didn’t know me bought it!”

Broken
So, 18 years after the release of Dust, what’s driving the songwriting? “I think anger. I’m so pissed off with what’s happened with the world – that’s why I called this thing Broken. That’s what the world feels like – broken. Maybe not anger – that’s a bit strong. But I can’t write love songs, I’ve got to be honest. But yeah, just the world, what’s goin’ on, I get pissed off. I don’t want you to think they’re really angry – there’s some hope in them – but I am a little bit upset about the way we are at the moment.

“My biggest influences in the last twenty years have mainly been people like Neil Young, Bob Dylan and Nick Drake. I like Neil Young ‘cause he has a rocky side, which I do. I like a lot of soft acoustic music, but I still do have a little bit of punk in me that likes to rock out. I’ve always been a Led Zeppelin fan – I can’t pretend – even through my punk years. But I’ve become a massive Nick Drake fan.”

Broken, the album, and the EPs Broken: 1/3, Broken: 2/3 and Broken: 3/3 are released on Rock Soup Records and available through all the usual streaming sites.