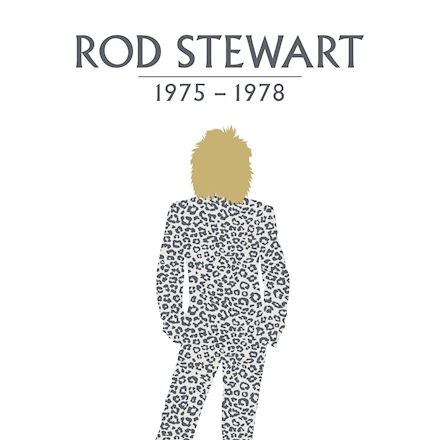 Sir Rod on Tour in October

If it’s been good enough for Elvis, Tom Jones, Celine Dion and Mariah Carey, then it’s good enough for Sir Rod Stewart. The seemingly ageless “Rod the Mod”, 76 years young, returns to Las Vegas through October 2021 to celebrate the tenth anniversary of his Rod Stewart: The Hits residency at the Colosseum at Caesars Palace.

More importantly, Warner Records have remastered and reissued his first four albums for the label – 1975’s Atlantic Crossing, 1976’s A Night on the Town, 1977’s Footloose & Fancy Free, and 1978’s Blondes Have More – along with a bonus album of rare and previously unreleased session outtakes under the title Encores 1975-1978 as a five-LP Boxed Set.

An Old Raincoat Won’t Ever Let You Down
Sir Rod signed to Warner Bros. Records when he moved to the US in 1974 – he’d been signed to Mercury/Vertigo in the UK for his first five solo albums, 1969’s An Old Raincoat Won’t Ever Let You Down, 1970’s Gasoline Alley, 1971’s Every Picture Tells a Story, 1972’s Never a Dull Moment and 1974’s Smiler – but was already with Warner Bros through his work with The Faces (below), who of course he joined in 1969, replacing the departing Steve Marriott, releasing five albums with them over those same five years – pretty impressive output indeed.

A Night on the Town
Atlantic Crossing, A Night on the Town, Footloose & Fancy Free and Blondes Have More have been out of print for decades, so vinyl fans will be pleased to note that as well as being fully remastered, the original covers have been lovingly replicated and along with the bonus LP are presented in an iridescent box titled ROD STEWART 1975-1978, with, as Warner Music describes it, “Stewart foil-stamped on the cover, his blonde shag haircut glistening in gold, and his leopard-print suit shimmering in silver”.

Sir Rod’s Australian Connection
Back in 1969, he was fronting The Jeff Beck Group but was on the verge of stepping out as a solo artist. Even so, hey, a session’s a session, so when he got a call from BBC Radio One DJ John Peel, he joined a bunch of Australians who went by the name Python Lee Jackson to record a version of a song titled In A Broken Dream, written by keyboards player David Bentley, who didn’t feel his own voice was quite up to the task of singing the three songs they demoed.

Peel had spotted the band playing at the Arts Club in London’s Drury Lane and invited to produce them with an eye to releasing the results as the first single on a label called Dandelion he was setting up.

Python Lee Jackson
Apparently, Rodders accepted a new set of seat covers for his car as payment for the session! Unfortunately, despite everyone being pleased with the results, nothing came of it, Peel deciding against releasing it himself and the tapes were essentially forgotten until, a year on, another producer, Miki Dallon, got hold of them and did some remixing and overdubbing on In A Broken Dream, which he then released on his own independent label Youngblood International in October 1970, initially to no avail.

It didn’t help that the various members of Python Lee Jackson had gone off to pursue other projects. Of course Sir Rod’s duel solo/Faces career had kicked off with a vengeance so the session was forgotten.

Dallon was nonetheless keen to continue working with Bentley and the group and they began working on an album. Dallon was also determined to seeing In A Broken Dream get a decent shot and on being released a third time, in September 1972, the single, managed to reach #56 in the US Billboard Hot 100 chart before finally breaking in the UK where it reached #3 in the charts, #6 in Ireland.

Eventually enough tracks, all Bentley originals, were recorded to release an album, In A Broken Dream, in the UK (on GNP Crescendo in the US) in 1972 that included the three Rod Stewart tracks, with English jazz guitarist Gary Boyle also contributing to the recording.

While the In a Broken Dream LP received some critical acclaim, its sales didn’t anywhere near match those of the single and didn’t end up charting. So the various members once again went their own ways to pursue other projects and eventually all returned to Australia and that as that for Python Lee Jackson.

Initially disavowing it, Sir Rod eventually recorded his own version of In a Broken Dream, calling in Pink Floyd guitarist Dave Gilmour and Led Zeppelin bass player John Paul Young for the session, though he didn’t both releasing it until 2009, when it was included in another boxed set, The Rod Stewart Sessions 1971-1998. The original version had been included on 1989’s 4CD Storyteller – The Complete Anthology: 1964-1990 and was later included on his 2015 album, Another Country.

To Love Somebody – with Booker T. & The MG’s

Return To Sender – with Booker T. & The MG’s

Get Back – Alternate Version

You Really Got A Hold On Me *

Honey, Let Me Be Your Man *