Home » I Was A Teenage Sex Pistol

I Was A Teenage Sex Pistol 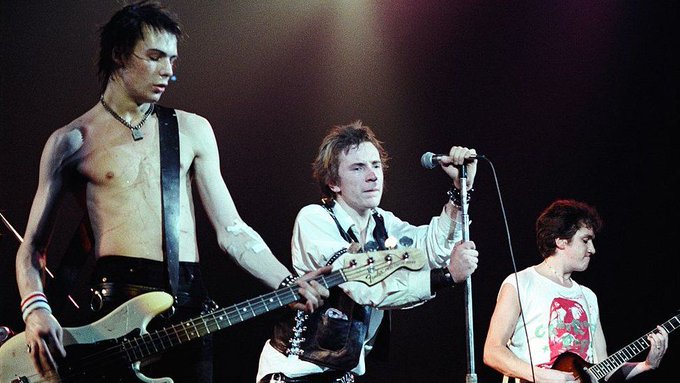 1976-1977 in 2021
In 2021, The Sex Pistols will release the box set 76-77 with outtakes, demos and other rarities. A television series based on a 2017 memoir, Lonely Boy: Tales From a Sex Pistol by Steve Jones is pending, under legal objections from John Lydon.

Film director Julien Temple knew exactly what he was doing when he titled his 1980 feature film about the rise and fall of The Sex Pistols, The Great Rock ‘n’ Roll Swindle.

The band’s manager Malcolm McLaren knew exactly what he was doing when he put a snotty wannabe named John Lydon together with three aspiring musicians with more attitude than musical skill and named them The Sex Pistols.

It’s just the boys in the band – singer Lydon aka Johnny Rotten, guitarist Steve Jones, bass player Glen Matlock and drummer Pal Cook – who didn’t realise that they were being swindled… until they did.

“I was speaking to Paul Cook only this morning,” Glen Matlock told me back in October 1992 during a chat about his memoir, I Was A Teenage Sex Pistol, “and we were talking about Jon Savage’s book England’s Dreaming and Paul was moaning about it – ‘Have you read Jon’s book?’ he says. ‘I don’t know what it’s all on about. The first hundred pages are all about Malcolm! That weren’t nuffin’ to do wiv it!!’

“What I’ve tried to say in the book is there was two Sex Pistols,” he continued, “the one when I was in it and there was the one with Sid [Vicious] and I feel that when I was in it, it was a proper band and it counted for a bit more because it was a more truthful thing. It was a band of kids, for the kids. Playing kids music. That was why we initially shook things up.”

“Once Sid joined it became a media exercise and that’s when Malcolm really took the bull by the horns and came to his fore as this Svengali kind of character. But that was only after we’d already established ourselves and the weight of the band, with Malcolm’s assistance and his management capabilities, so all power to him for that. But then the media exercise became the message and that’s when I lost interest really.”

“I mean, Malcolm started sprouting off about heroes of his, people like Larry Parnes, who was an old school Tin Pan Alley-style manager for people like Billy Fury and Marty Wilde, Kim’s dad, in the late ‘50s early ‘60s. But then he started going on about Tom Patton and the Bay City Rollers and I thought, ‘Hold on, I don’t particularly want to go down that road!’”

Matlock reckons that if the band had been allowed to just get on with being a band, the Sex Pistols might have cut three or four albums. In the event they only managed one, the infamous Never Mind The Bollocks, Here’s The Sex Pistols, released in October 1977, by which time he’d been replaced by John Ritchie aka Sid Vicious.

Whether he left of his own volition or was ousted by Lydon, with whom Matlock was fighting, and McLaren, who was determined to inject as much chaos into the band and the image he had in mind for them – is still up for discussion. The album topped the UK chart, made it to #23 in Australia and a tepid #106 on the US Billboard 200.

The Sex Pistols might have only released one official album, but they recorded more than enough demo versions of songs for Universal to pull together no less than 80 alternate versions of tracks recorded between May 1976 and September 1977, including eight that have never been previously released – along with a bonus disc featuring the infamous Spunk bootleg. Thirty of the tracks are available digitally for the first time.

Dave Goodman – Wessex Studios Sessions October 17th 1976
Anarchy In The UK
Substitute
(Don’t Give Me) No Lip
(I’m Not Your) Stepping Stone
Johnny B Goode
Road Runner
Watcha Gonna Do About It?
Through My Eyes
No Fun (unedited 7 Minute Version)