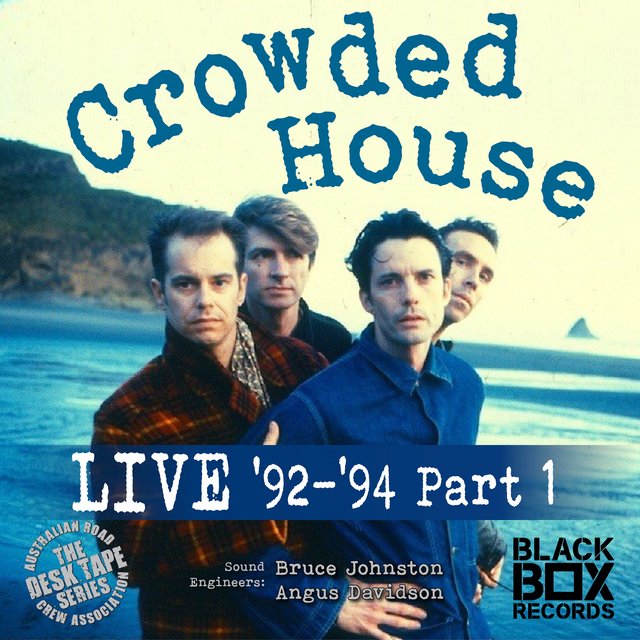 Back Into That Crowded House
Two important things came out of Neil Finn joining Fleetwood Mac in 2018 – the resurrection of Crowded House and, something most readers probably don’t know about, a charity single titled Find Your Way Back Home, which he recorded with Stevie Nicks and Christine McVie, with all proceeds going to the Auckland City Mission, in aid of the homeless. As for Crowded House – well, they cut a new album, Dreamers Are Waiting.

Held at the Royal Albert Hall on April 10th, 1999, Finn was backed by Chrissie Hynde and The Pretenders and even got to duet with Sinead O’Connor. Afterwards, Fleetwood, who wasn’t on the bill, found himself sitting next to Finn and the two were soon deep in muso chat. 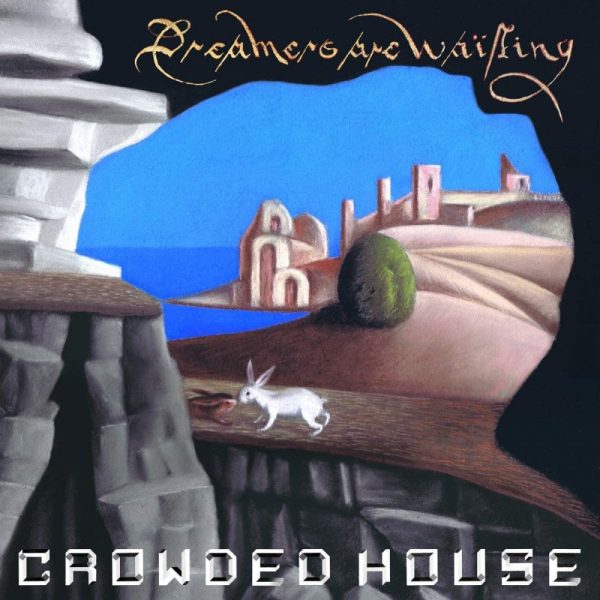 Lindsey Buckingham
Fifteen years later decided Fleetwood to pop in on the 50th annual New Zealand Music Awards night in Auckland – Fleetwood Mac were on their 2015 international On With The Show tour – and afterwards he and Finn reconnected, went out to dinner and bonded big time.

When Lindsey Buckingham was ousted on the eve of Fleetwood Mac’s 2018 international tour, Fleetwood got on the phone and invited Finn, who he has described as his “secret weapon”, to join the Mac.

Finn naturally jumped at the opportunity to play in a classic band from the 1970s and ‘80s, and the experience reminded him that, as it happens, he too had been in a classic ‘80s band – Crowded House.

Ten Years On
Over the decade since the release in June 2010 of the last Crowded House studio album, which featured long-serving Americans multi-instrumentalist Mark Hart and drummer Matt Sherrod – Finn and fellow founding member bass player Nick Seymour had tried several times to record a follow-up.

Yet, as he’s admitted, “I’ve always been afraid of just repeating the same formulas.” His time with Fleetwood Mac reignited his creative juices and revitalised his vision for where Crowded House could go in the 2020’s, “and somehow this feels like a fresh and authentic way to reapproach Crowded House today with an awareness of all our history and where, how and why it began in the first place.”

Liam and Elroy Finn
The bonus for Finn was that both his multi-instrumentalist sons, Liam and Elroy Finn, were more than happy to step in and add their talents to the cause. Reuniting with their American producer Mitchell Froom, who also contributed keyboards, Crowded House set about recording a new album. Much of the initial recording was done in Finn’s Roundhead Studios in Auckland before the band headed to LA for the main sessions with Froom.

Mitchell Froom
As Finn explains on his website, “We were fortunate to be recording in the studio right before lockdown and so began this album with band tracks recorded live in a room, all brimming with character and energy. We then spent our strangest year, 2020, at distance from each other but connecting daily, swapping files and making those tracks complete.” That file-swapping included Seymour recording parts in his Exchequer Studios in Dublin, Ireland.

Tim Finn
Big brother Tim Finn co-wrote one track – Too Good for This World – with Neil, while Liam wrote Goodnight Everyone and co-wrote Start Something with his dad. Neil wrote five of the dozen songs on the album, cowrote Love Isn’t Hard at All with Elroy and the band wrote the other two songs, Bad Times Good and Playing With Fire.

Crowded House Live
While all the toing and froing of audio files was going on, Finn also got busy sorting through his extensive collection of live performance recordings that Crowded House had made over the years.

The result was two CDs’ worth of archival material – 32 songs all up taken directly from the sound desk, and produced by Crowded House live sound engineers Angus Davidson and Bruce Johnston – that Finn then contributed to Australian music crisis charity Support Act.

As the man himself explains, the recordings were “Lovingly put together in support of the Australian Road Crew Association (ARCA) at a time when live music is on standby and all of these good folk are unable to do their fantastic work with us… happy to be of some assistance.”

Dreamers Are Waiting is out now through EMI Music Australia. Three songs – Whatever You Want, To the Island and Playing with Fire – have been released as singles.

Both volumes of Crowded House LIVE ’92-’94 are available on Black Box Records through MGM. Crowded House will be touring the UK and Europe in 2022.