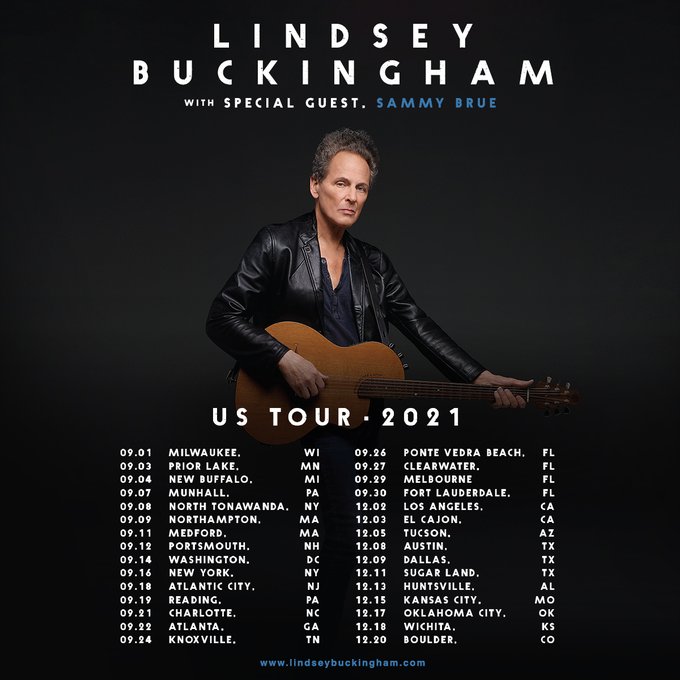 Life Beyond Fleetwood Mac
Lindsey Buckingham’s “ousting” from Fleetwood Mac in April 2018 provided Crowded House frontman, Neil Finn, the opportunity of a lifetime – the chance to tour the world with one of the classic bands of the 1970’s.

As traumatic as the events that led up to his ousting and his subsequent lawsuit against the rest of the band were, nothing was going to keep singer, songwriter and guitarist Lindsey Buckingham from making more music his way, not even a stroke that necessitated open-heart surgery in February 2019.

New Album in September
September 2021 sees the release of his seventh and this time self-titled solo album. He’s also released three live albums. Lindsey Buckingham has been preceded by the release of a first single, I Don’t Mind.

Perhaps inevitably, Buckingham’s departure from Fleetwood Mac had been prompted yet again by a fiery disagreement with Stevie Nicks, who let it be known that if Buckingham wasn’t fired, she’d quit. The band opted for Nicks and the attendant international tour went ahead without him.

Never Going Back Again
Buckingham, who joined the band with Nicks back in 1974, had originally left Fleetwood Mac in 1987, not long after the release of their Tango in the Night album, in order to concentrate on his solo career, which had already spawned two albums, though he’d also decided he didn’t want to tour again either, as working with Stevie Nicks had become increasingly stressful for him.

Out of the Cradle
It took Buckingham another five years to complete and release his third solo album, 1992’s Out of the Cradle. There was a one-off reunion in order, at his request, to perform at the inauguration of President Barack Obama January 20, 1993, the then newly-minted US President having used Fleetwood Mac’s Don’t Stop as his presidential campaign song.

From Obama to Peter Green
Buckingham rejoined the band again for a tour in 1997, and there were further reformations and reunions until 2018. His lawsuit against Fleetwood Mac was settled in December that year, and it seems that at least founding drummer Mick Fleetwood has made peace with Buckingham after they reconnected following the death of founding guitarist Peter Green on July 25th last year.

Not that that is any guarantee that another potential reunion of the classic Nicks/McVie/Buckingham/McVie/Fleetwood lineup that made them all stars is ever likely to be on the cards.

Buckingham has also had a quick aside as guest guitarist on the first single, Caution, lifted off The Killers’ latest album, Imploding the Mirage, released in March and May 2020 respectively.

A decade on from his last album, 2011’s Seeds We Sow, Buckingham recorded and produced the new album at his home studio in Los Angeles. (Image: Twitter @HourleyLindsey). 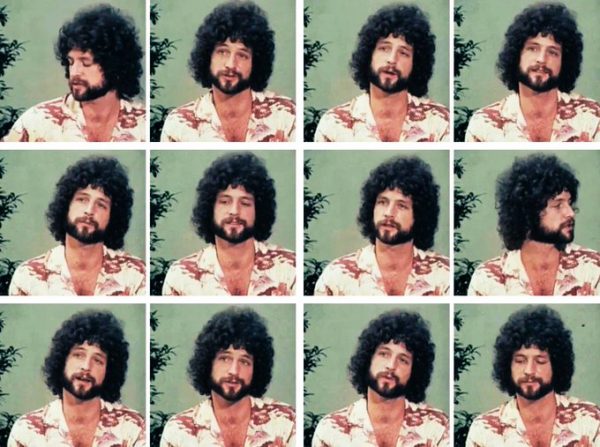 I Don’t Mind
“Like many of the songs on my new album,” says Buckingham of the single, I Don’t Mind, in an accompanying press release “is about the challenges couples face in long-term relationships. Over time, two people inevitably find the need to augment their initial dynamic with one of flexibility, an acceptance of each other’s flaws and a willingness to continually work on issues; it is the essence of a good long term relationship. This song celebrates that spirit and discipline.”

The tour saw Fleetwood Mac performing material from across the band’s entire catalogue, right back to its Peter Green origins way back in 1967.

Once the tour was over, Finn realised that, as it happens, he’d played in another classic band, which prompted him to reassemble Crowded House… But that’s a whole other story.

Lindsey Buckingham, the album, is released on Reprise through Warner Music September 17, 2021 on vinyl, CD and all digital and streaming services. A limited edition blue vinyl version is also available for pre-order through his website at www.lindseybuckingham.com. US state COVID restrictions permitting Buckingham will also head out on tour in September.

One Reply to “Lindsey Buckingham 2021 Tour”