Home » From INXS to Australian Country

From INXS to Australian Country 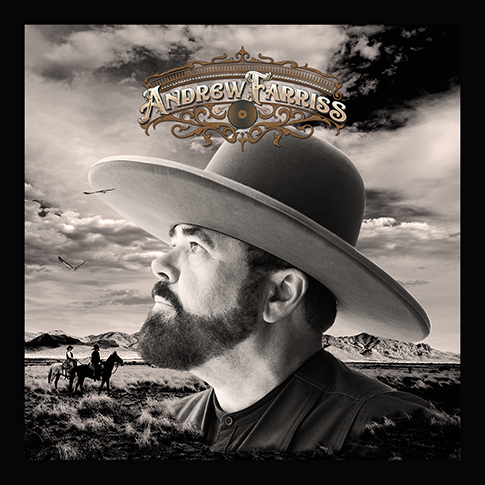 Andrew Farriss Rides Again
It’s taken 15 years for INXS’ quiet multi-instrumentalist and songwriter Andrew Farriss to get around to writing and recording again, but in August 2020 he released his debut solo single, Come Midnight, followed in October by an EP, Love Makes the World.

Music After Michael
It was never going to be INXS revisited…though of course Farriss and the rest of the band did have a few shots at it.

After the devastating loss of their charismatic frontman Michael Hutchence – his body was found in his Ritz-Carlton Hotel room in Double Bay, November 22, 1997 aged just 37 – there had been several attempts to find a replacement.

“Michael’s greatest wish was that we would ‘matter’ as a band, that our music would leave a mark and mean something,” saxophonist Kirk Pengilly commented on the release in October 2002 of The Years 1979 – 1997, a 41‑track double CD that included two previously unreleased tracks, Tight and Salvation Jane.

Terence Trend D’Arby and Beyond
In June 1999 INXS undertook their first major post-Hutchence performance, playing a 20‑minute set as part of the official opening ceremony for Sydney’s Olympic Stadium in Homebush before a crowd of 90,000 people with American singer Terence Trent D’Arby as their guest vocalist.

Jon Stevens
Drummer Jon Farriss had been writing with singer and former Noiseworks frontman Jon Stevens, who had recently returned from living in Los Angeles, and suggest that he might prove the perfect replacement frontman for INXS. Billed as a special guest, May 14th saw Stevens joining them for their first full concert as INXS since October 1997 and over the next six months the band played a number of major concerts including a set during the closing ceremony of the 2000 Sydney Olympic Games in September.

Mid-June the following year they played in Vienna, and May 2002 kicked off a 30-city tour of the US, followed by an arena tour of the UK with Blondie. INXS were in Chile in February 2003 headlining that country’s biggest music festival Vina Del Mar and performing to more than 15,000 people. After three and a half years and just one single, I Get Up, however, Stevens decided to quit.

Reality Television and JD
Someone in the US had the bright idea of creating a reality TV show around INXS’ search for a new singer. The result was Rock Star: INXS, which aired in Australia on the Foxtel cable network. It proved a hit and the winner was a 31 year old Canadian – JD Fortune, real name Jason Dean Bennison. It seemed to work.

With JD on board, in November 2005 they released their first new album in eight years, Switch, kicked off a six-month sell-out tour of North America in Vancouver, Canada in January 2006, then hit Asia, Australia in September, then Europe through October and November. Switch sold platinum in Canada and Australia, reached #17 on the Billboard 200 album chart and #18 on Australia’s ARIA chart.

For all that, however, it wasn’t to be. Early in 2008, INXS decided to take a year off and Fortune was dropped, in part because of an accelerating cocaine habit that by February the following year saw him back in Canada flat broke and living in his car.

One Last Shot for INXS
In November 2011, INXS had one last shot. Back in 2009 Andrew Farriss had met Irish-born singer Ciaran Gribbin at a party – Gribbin was touring Australia with Scottish singer-songwriter Paolo Nutini – and quickly became friends.

Over the next year or so, the pair began writing songs together and on November 11, 2011, Gribbin stepped onto a concert stage in Peru as the new INXS frontman.

Over the next year, INXS toured extensively throughout South America, Europe and Australia, but November 2012, the band announced their retirement – though drummer Jon Farriss told the media, “Never say never.” Gribbin now lives in Wollongong, where he’s concentrated on a solo career.

Come Midnight
Why a country album? It seems it’s all down to a trip Andrew took with his wife Marlina Neeley Farris, who originally came from Dayton, Ohio. Riding horses down on the Mexican border, Farriss was struck not only by the rugged beauty of the landscape but became intrigued by the history of the place.

Returning to his farm up in the Tamworth area, he found himself in the midst of a prolonged drought, and he started seeing parallels between those border lands and those in Australia – which got him thinking about writing about them.

Farriss debuted his first single, Come Midnight, at the Gympie Muster in 2019, the song dedicated to Marlina, who is battling stage four metastatic breast cancer, which was first diagnosed in 2014.

Run Baby Run, the first single off the album, was released March 2021. Album track “Apache Pass was the song that started the journey of my outlaw style album,” he notes on his website. “It has an interesting story.”

Recorded at Piedmont Station Studios in Cobbadah, NSW, and Beaird Music Group Studios in Nashville, Tennessee, Andrew Farriss, the album, is out on Rockingham Holdings through BMG Australia.