Merritt and the Meteors

He might have been born in Christchurch, New Zealander 80 years ago way back at the end of April 1941 and spent the 43 years until his death living in the US, but as far as Australian music fans are concerned, he will forever be Australian for the handful of glorious years that Max Merritt lived, gigged and recorded in that wide, brown land down under. And it was in Australia that Merritt recorded the bulk of what became his first album in 40 years, I Can Dream, released posthumously late in 2020.

By the time Max Merritt brought his band, the Meteors to Sydney to live in December 1964, he’d already been a professional rock’n’roller for eight years, his mother having set up a Sunday afternoon dance, The Teenage Club, in his home town of Christchurch, when he was 15, not long after having heard his first rock’n’roll record, Little Richards’ Bop Bop A Lula, A Bop Bam Boo, late in 1956.

“I started [playing guitar] when I was about twelve,” Merritt remembered for me when we chatted in 2008 for a career retrospective feature I was compiling for his induction into the ARIA Hall of Fame. “I took lessons for a while and I should have known it then. I learnt from a guy called Johnny Walker! This is true. This old guy, he looked like Burl Ives, and he came up to me one time and he says, ‘Max, we’re going to have to discontinue our guitar lessons because I’m going on a vacation at the expense of the government.’ He went to jail for receiving stolen goods! So I stopped my guitar playing for a while, and all of a sudden I heard Little Richard and that inspired me to get back into rock’n’roll. I was about fourteen then. And if you take note of the name I gave the band, Max Merritt and The Meteors, it sounds a lot like Bill Haley & The Comets!”

Max Merritt & The Meteors’ first official Australian recording was an obviously Beatles-influenced original soft rocker titled So Long Baby, which Merritt cowrote with Meteors guitarist Peter Williams and drummer Johnny Dick, released in April 1965. Not long afterwards, Billy Thorpe “stole” the Meteors’ rhythm section, “and my girlfriend,” Merritt ruefully admitted. “Well, I think what that was, just that they [the rhythm section] purely thought of it as another rung up the ladder. Thorpie was incredibly popular in those days and that’s where they saw that whole thing. I can’t blame them for that; they were just trying to better themselves. In a way it was kind of good that they did that because what happened was I got a couple of other good players that changed the whole direction of the band. That would never have happened if [bass player] Teddy [Toi] and Johnny had stayed with the band.”

Merritt pulled together another rhythm section, but it took a little while for the Meteors lineup to settle on what became the “classic” one that finally delivered two bona fide hits – Western Union Man and the big one, Slipping Away – saxophonist Bob Birtles, bass player Yuk Harrison and drummer Stewie Speer.

The Total Bunch of Misfits

“We were a total bunch of misfits,” Merritt admits. “Stew was forty years of age when he joined the band and looked like Father Christmas! When Bob first suggested I get Stew into the band I said, ‘Are you sure? He’s not the image!’ As it turned out he was the image! Yuk and I were rock’n’rollers, Bob and Stewie were jazz players – but we seemed to find our little niche together and it worked extremely well and it was very exciting for us to play together.”

Crashing and burning in the UK…

Despite being “misfits” in a glam/glitter pop world, Max Merritt & The Meteors were enormously popular live, but like so many Australasian bands in the ‘60s and early ‘70s, that popularity didn’t translate when they headed off to London early in 1971.

“I’d actually wanted to go to the States,” Merritt admits of that departure from Melbourne to London, “but I’d heard that you couldn’t get in or that it was very hard – you had to go through Canada or something – so we just decided to go to England instead. It was just the same stuff – you know how, when you’re around for a while and you figure this is far as you can go, you wanted to try the next step up the ladder, and London seemed like that. Unfortunately for about a year we just languished there, not doing much at all. Then we got onto the college scene and started touring the colleges and that. But then the band actually broke up. Our manager ran off with all the money and we just couldn’t function as a band.”

Love Is In The Air

He expanded on that time for the ABC-TV series Love Is In The Air: “I was homeless in London before Slipping Away. I had a wife and two kids and we were living in a car and I drove out to Hertfordshire and stayed with Pete Williams, who was now working for The Mixtures. I was driving back to London sixty miles to do a job in a pub. I was sitting there playing rhythm guitar for five bucks a night.”

It was during these tough times that Merritt wrote the song for which he will forever be remembered – Slipping Away. “Andrew Bailey had come out and stayed with us,” Merritt continued for me, “when he was working as the editor for Rolling Stone. He used to come out and spend weekends– eat, drink and have fun. Then he left Rolling Stone and went to Arista [working in the A&R department] and when I heard that I approached him with a couple of demos that I’d done at Command Studios in London – I’d borrowed Stewie’s drums and Dave Russell’s bass and gone in there and cut by myself a demo of Slipping Away – and he loved the demo and that was what the deal was based on.”

Along with the trusty Stewie Speers, Merritt pulled a new Meteors together, cut an album title A Little Easier, which Arista released in October 1975. While it didn’t do anything in the UK, the second single lifted off it, Slipping Away, got to #2 in the Australian charts in December, #5 in New Zealand, and became the biggest hit Max Merritt would ever have. It even made #1 in the Rhodesian charts and stayed there for nine weeks! 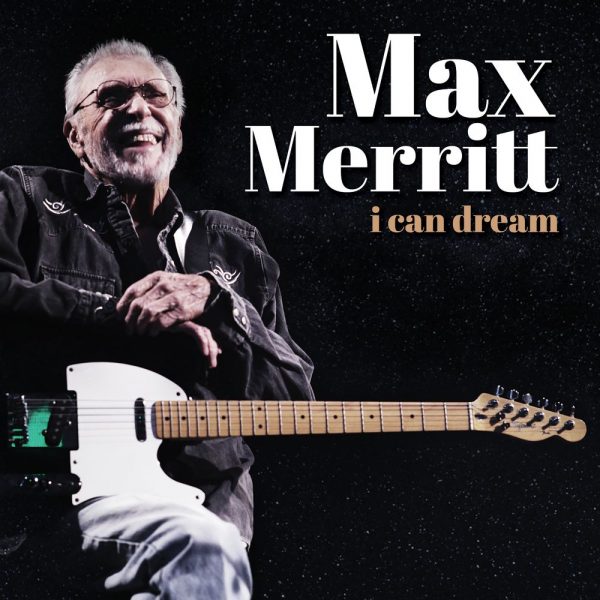 Living in the US of A…

The resurgence in their fortunes didn’t last and by 1977 the Meteors were no more and Merritt had moved to Los Angeles where he set up a company building sets for rock videos for the likes of Madonna and Aerosmith, as well as setting up a recording studio at his home where he recorded himself and other artists. Every year, though, Merritt would return to Australia for a tour.

Merritt was diagnosed with Goodpasture’s Syndrome, an autoimmune disorder that attacks the kidneys and liver. That October, the cream of Australia’s musicians, his contemporaries and younger artists alike, among them Dinah Lee, Kevin Borich, Russell Morris, Renée Geyer, John Swan, John Paul Young, Daryl Braithwaite, Jon English, Peter Cupples, Vanessa Amorosi and Ross Wilson, raised more than $210,000 at a concert in the Palais Theatre in Melbourne, to help him get back on his feet, while in June 2008, to coincide with Merritt’s induction into Australia’s ARIA Hall of Fame, a three-disc DVD of the event, Concert For Max – The Benefit Concert For Max Merritt, was released by a label called Destra.

Back in the Studio

Several expat Australians living in LA, led by former Mushroom Records producer James “Jimbo” Barton, prompted Merritt to gather together all his extant pieces of songwriting and through a crowdfunding exercise Merritt finally returned to the studio.

Max Merritt passed away in a Los Angeles hospital September 24, 2020 at the age of 79. His final studio album, I Can Dream, was posthumously released on Fanfare Records at the end of November. Three of the ten songs featured had been recorded at Metropolis Studios in Melbourne in 2002, while another two were recorded at former Men At Work frontman Colin Hay’s studio in Topanga Canyon, California in 2018, Merritt and Hay cowriting a song titled Sunbury –“If you remember Sunbury, you weren’t there,” he sings wryly. Max Merritt & The Meteors performed at both the inaugural 1972 Sunbury festival and the following year.

Max Merritt’s final album, I Can Dream, is released by Fanfare Records.