Go-Set, Australia’s biggest music magazine of the Sixties and Seventies, was mostly left behind in recycling bins and in skips, as its young buyers moved from one shared household, to another…to another…to another. Surviving issues are rare. 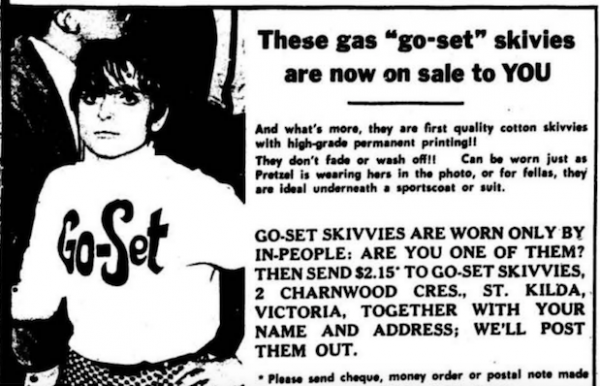 Today, copies are hard to find on eBay, but also affordable, fetching $40-$99 for a portable investment. If you are fortunate enough to have a first edition of Go-Set (given away at The Thumpin’ Tum at 50 Little Latrobe Street, Melbourne on 2nd February 1966) you may not even want to sell.

Created from two teenage visionaries working on Lot’s Wife at Monash University, it was more than a music magazine, which makes it so collectable. Australian protest was channelled in Go-Set. One night, late in 1965, at The Thumpin’ Tum discotheque, photographer Colin Beard joined the Monash students and a legend was born.

By 1969, Go-Set (sometimes at 2 Charnwood Crescent, St. Kilda, Melbourne and occasionally at 247 Elizabeth Street, Sydney) was well and truly established.

Particular magazines issues, of historic importance (like the Jesus Christ Superstar cover) have returned well over the years (below). Cult musician Lobby Loyd had turned journalist in the same issue, making it even more collectable.

From Prue Acton to Ian Meldrum 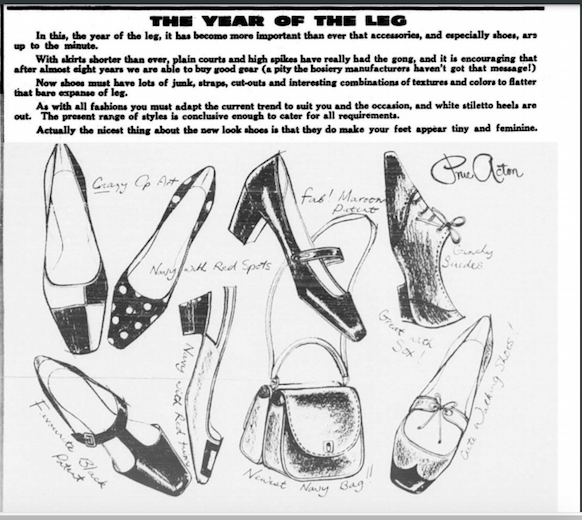 In 1966 Go-Set came out with its first issue and the editorial said “Every one of you cats has felt the lash of the Oldies. Now’s the time to break loose.” Future Australian icons like Prue Acton did just that – and Acton created her famous signature there, on her Go-Set column, later seen on her clothing labels.

On the night Go-Set debuted at The Thumpin’ Tum, copies were given away during a gig by The Moods. The magazine’s most famous employees later included Lily Brett, as well as Prue Acton, musiciansWendy Saddington and Pat Wilson (Mummy Cool to husband Ross Wilson’s Daddy Cool), Vince Lovegrove and Ian Meldrum.

According to those who were there at the time, Meldrum’s first job was picking up paper and sweeping at the magazine. He was given the nickname Molly at Go-Set by Stan Rofe, who also wrote for the magazine and his career skyrocketed.

It was all a long way from Monash University, which is where zoology student Toby Schauble (founding editor) and fellow student Phillip Frazer (originally the layout artist; later the editor) met.

Go-Set today is a goldmine of classified advertising capturing a lost Melbourne. The Thumpin’ Tum nightclub is now just another block of apartments,  near Literature Lane, but at one time it was a hub for music, the counter-culture – and it was where Go-Set was dreamed up – the Sixties home of future Australian authors including the acclaimed Lily Brett. In the Seventies the club changed its name and identity again and hosted a young Nick Cave. 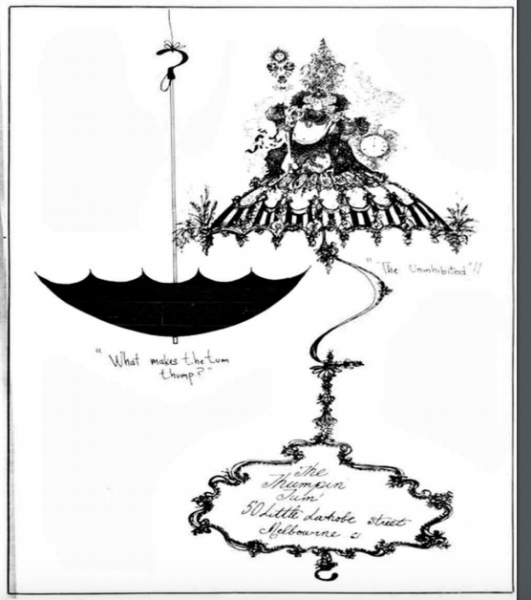 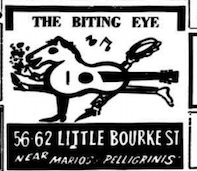 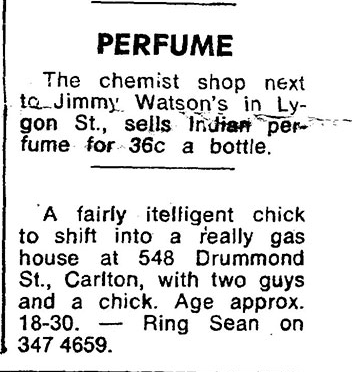 Paper is collectable in a digital age.  Beyond magazines, at a Bonhams’ 2021 auction, a poster for The Sex Pistols’ single God Save the Queen (1977) fetched around $8000. 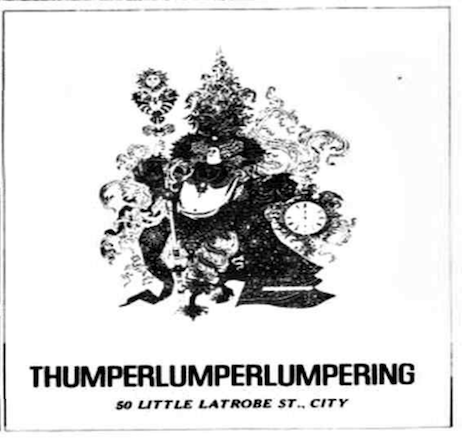 Music lovers today can use Corite to invest in the future royalties of their favourite bands. The NFT is also being touted as the future of music investment

NFT converts, Kings Of Leon, made headlines by giving fans the chance to buy their latest album When You See Yourself as an NFT.

Alongside the digital download, the $50 (£35) token included a moving album cover and a limited-edition physical vinyl. An additional super token option teased the chance to win a “golden ticket” of VIP concert seats and other perks.  The music market for collectors is not what it was. And yet –

Museum Pieces for the Future 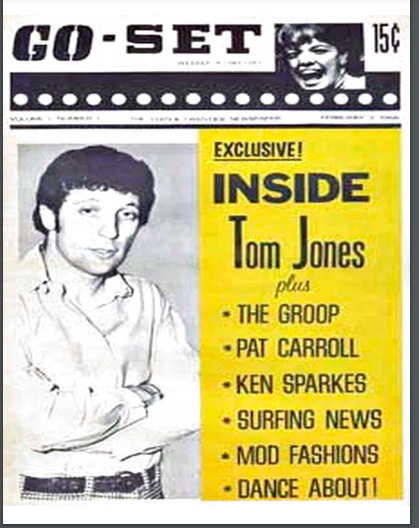 As a disappearing cultural artefact of Australia from Vietnam, through The Pill, Women’s Liberation and the campaign to legalise marijuana – Go-Set is unique. And perhaps, important to fans and collectors of the stars who appeared on the cover.

So, what price those old copies in the attic? It’s all a very long way from the 15 cents you might have paid for the maiden edition of  2nd February 1966 – or free, if you were at the Thumpin’ Tum. In fact, Australian music magazines may well turn out to be a future, thumping, investment. Time will tell, as  the year 2026 will mark its 60th anniversary.

(Below: Wild Cherries at The Thumpin’ Tum and the Tum, captured in February 1966, with the famous inverted umbrellas on the ceiling). 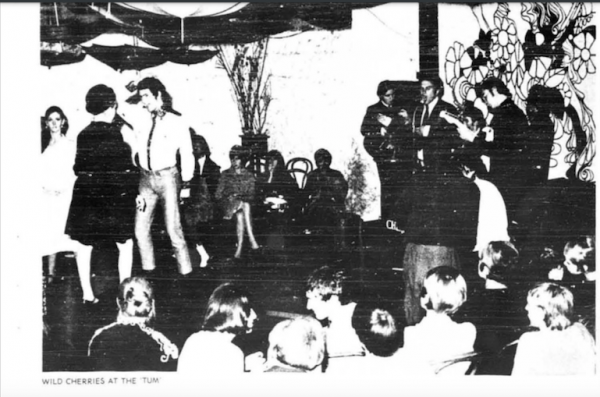 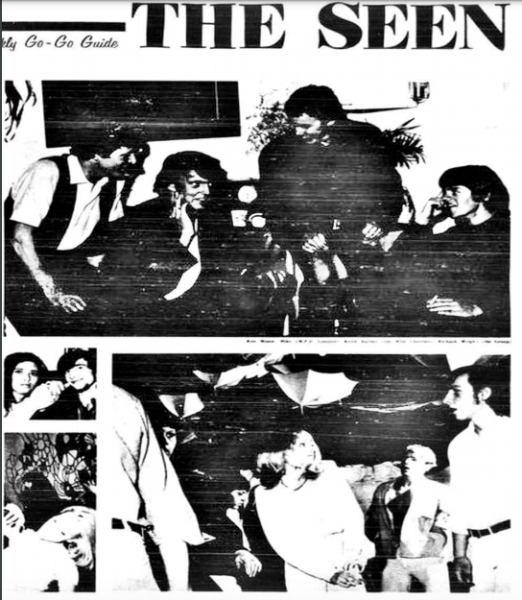