Beatles fans have something rare to see in April 2021, as an unseen clip for a new version of Look at Me goes on release.

John Lennon began writing Look At Me at Rishikesh in India in 1968. You can read the lyrics in full at the official Lennon-Ono website.

It was shelved until 1970. The finger-picking guitar technique heard on Dear Prudence stands out on the track. (Donovan had taught Lennon).

Look at Me – Filmed at Kenwood

Kenwood is Lennon’s old house (with swimming pool) on the St. George’s Hill estate in Weybridge, Surrey. It’s so famous it has its own blog. The clip shows John and Yoko at home in unseen out-takes.

John Lennon and Yoko Ono on Look at Me

John: “A couple of tracks, which one would suppose were written under therapy, like Look At Me, were written pre-Janov, about a year before therapy. But the theme was the same: ‘Look at me’, ‘Who am I?’, all that jazz. So that’s why I stuck it on that album. But actually it had come from beforehand.” 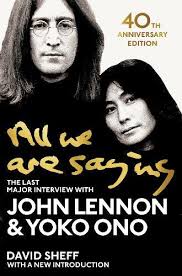 Yoko: “That was probably something that came from the fact that he really wanted his mother to look at him, but the song itself was about ‘look at me’ to the world.” Read more on the Lennon-Ono website.

You can pre-order, John Lennon/Plastic Ono Band – The Ultimate Collection – ahead of its April 16th release, here.

William Wareing and his Camera

The clip features out-takes from camera operator William Wareing’s work on two projects, Two Virgins and Film No. 5 (Smile) at  Kenwood in the summer of 9th June, 1968.

His psychedelic piano painted by Marijke Koger and Simon Posthuma from the Dutch design collective, The Fool.

Minis were popular with The Beatles and four were bought for the band in 1965, by Brian Epstein. McCartney famously had the green Mini but here we see Lennon’s, also painted green. 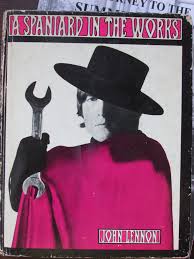 A Lava Lamp and Salt the black Kenwood Cat (Pepper was white – one of ten cats living at the property) – complete the clip.

The green Mini at Kenwood is number plate LGF 696B and Paul McCartney’s green mini was GCJ 382C.

George Harrison’s Mini
George’s Mini from Magical Mystery Tour was LGF 695D and was repainted in 1967 with psychedelic images. Lennon’s Mini has since gone missing.

What is finally mysterious about these Mystery Tour Minis is the final letter change on the Lennon Mini seen in the clip…that is a B not a D on the number plate. And at what point was it painted green?