Walk Liverpool With the Beatles in 2021

Ever since Paul McCartney’s family home was featured in an edition of Carpool Karaoke on 22nd June 2018 with James Corden, interest in all four Beatles’ childhood homes around Liverpool has increased. You won’t be able to step inside Paul McCartney’s old home (below: National Trust) until rules in Liverpool lift, but if you want to stroll through Beatles’ history while you listen to the songs, it’s time.

The new interest in The Beatles’ homes has also helped fans find a Socially Distanced Beatles’ Walk – self-guided around Liverpool – with  albums on headphones.

Here’s what happened when James took Sir Paul McCartney back to Liverpool.

Where They Wrote She Loves You

Paul’s home in Forthlin Road is where he and John Lennon finished She Loves You. It began in a Newcastle hotel room. Paul and John’s homes are usually open to the public through ticketed, limited-number entry via a National Trust mini-bus. Closed at April 2021 they may re-open later. Until then you can stroll past the gates.

She Loves You in the Dining Room at Forthlin Road

She Loves You was perfected in the dining room at 20 Forthlin Road, Liverpool.

Sir Paul McCartney: “We sat in there one evening, just beavering away while my dad was watching TV and smoking his Players cigarettes, and we wrote She Loves You. We actually just finished it there because we’d started it in the hotel room. We went into the living room – ‘Dad, listen to this. What do you think?’ So we played it to my dad and he said, ‘That’s very nice, son, but there’s enough of these Americanisms around. Couldn’t you sing, “She loves you. Yes! Yes! Yes!”‘ At which point we collapsed in a heap and said, ‘No, Dad, you don’t quite get it!’ That’s my classic story about my dad. For a working-class guy that was rather a middle-class thing to say, really. But he was like that.

12 Arnold Grove in Wavertree, Liverpool, is where George Harrison was born and grew up. Harold and Louise Harrison moved there in 1931 and paid ten shillings a week. Louise, Harry, Peter and George were all delivered here.

10 Admiral Grove, Dingle, Liverpool is Ringo Starr’s childhood home. Ringo  was taught to read and write here as illness kept him out of school. When Starr was 13, his mother Elsie married a Londoner, Harry Graves. The Starkeys’ local pub, The Empress, where Elsie was a barmaid, adjoins Admiral Grove. The pub appears on the cover of Ringo’s first solo album, Sentimental Journey.

After the last tenant here passed away, it was sold to Beatles fan Jackie Holmes. She has also bought properties connected with John Lennon and George Harrison.

The home can never be a tourist attraction or museum, but you can certainly put it on your Socially Distanced Beatles’ Walk.

Mendips, 251 Menlove Avenue was John’s Aunt Mimi’s House.  He lived here from 1946-63 with his aunt and uncle, Mimi and George Smith. It was built in 1933 by a firm of builders known as Jones.

Harrison recalled the only heating at his childhood home, was a single coal fire, and the house was so cold in winter that he and his brothers dreaded getting up in the morning because it was freezing cold.  Aunt Mimi’s house was different. Oasis (below) used it for the cover of Live Forever.

Historic England: “John Lennon’s association with the house is visible in features such as the book shelves erected in the lounge by his aunt to encourage his studying and dissuade his musical aspirations, and the porch enclosed to muffle the sound of the musicians rehearsing.”

John Lennon and Paul McCartney penned numerous songs here, including The Beatles’ first British number one hit, Please Please Me. When open, visitors enter Mendips through Aunt Mimi’s kitchen, preserved as it may have looked when John and Paul were working on early songs, inside. (Mendips: National Trust).

Historic England: During Mimi Smith’s ownership of the house she rented one of the bedrooms out to a series of lodgers; always male students (she believed them to be tidier than female students) and usually studying veterinary science, as she had pets.

When fans discovered where Ringo lived (below) his whole street was mobbed. Today, no mobbing is allowed at Aunt Mimi’s old house, but you can wander around the local area – including the real Strawberry Fields.

The house’s dining room was used as a study room by the students and was not allowed to be used by John Lennon.

In 1962 the last of the students moved out and Lennon married Cynthia Powell; the two sleeping in the dining room of Mendips.

Their son, Julian Lennon was born the following year, and Mimi Smith used her former bedroom as a lounge and slept in the rear bedroom (formerly rented out to the lodgers).

In 1965 Mimi Smith sold the house and took the furnishings with her, giving away those she didn’t want.

In 2002, Mimi’s house was acquired by Yoko Ono Lennon and given to The National Trust, which carried out a programme of refurbishment. The house is furnished in late 1950s style to recreate the era in which John Lennon lived at the house, and it is open to the public for pre-booked tours run by The National Trust when Liverpool opens up for COVID-19 safe visits.

Mendips has three bedrooms and a separate toilet and bathroom to the first floor. The famous porch was enclosed in 1953 and was where The Beatles used to practise their music to avoid disturbing Mimi in the house.

I’ll Get You at Mendips

The interior has been furnished in late 1950s style by The National Trust. Original floorboard floors survive (some hidden under later coverings), along with 4-panel doors incorporating large square upper panels, and some original Bakelite light switches.  A smaller bedroom to the front left of the first floor was John Lennon’s room. The bedroom to the right rear, used by Mimi Smith’s lodgers, contains a stepped, glazed tile fireplace.  McCartney recalls I’ll Get You, in particular, being written in the house. Yoko Ono is believed to have paid more than £150,000 for 251 Menlove Avenue, saying at the time:

“The fact that this is happening in the same week that Liverpool airport is officially opened as Liverpool John Lennon airport would have made my husband very happy.”

Lennon wrote about a donation to the National Trust in his song Happiness is a Warm Gun on the 1968 White Album.

The song mentions “a soap impression of his wife which he ate and donated to the National Trust”.

Where to Start Your Beatles Walk

Depending on which Beatle you prefer – John, Paul, George or Ringo – you can start walking from any point, but the National Trust bus tour (a small mini-bus for just a few visitors) takes fans from Paul to John, in that order. Until the two National Trust homes re-open you may want to wander from Ringo Starr’s home first.

Neither Ringo’s childhood home, nor George’s are available for viewing inside.

This illustration, below, is from Kyoto News. While you are staying One Beatle Apart you may want to look at an organised tour as well. 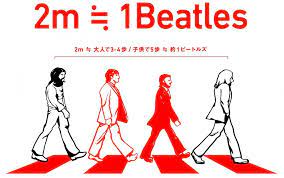 The Beatles and The Scaffold

20 Forthlin Road in Allerton, Liverpool, was also home to The Scaffold, Mike McCartney’s group, as well as The Beatles. Here’s more on this small, studio-scale production house.

It is a post-war local authority terraced house and up to 100 songs are believed to have been written here. The house was rented to Paul’s parents, Mary and Jim McCartney with whom Paul lived along with his younger brother, Mike. The house was chosen by his parents because it had a telephone, which was invaluable to Mary’s job as a midwife. Sadly only a year after moving in Paul’s mother, Mary passed away.

Chinese Wallpaper and the Front Room

The house was bought by the National Trust in 1995. All the windows have been replaced by the Trust to be more in keeping with how the building would have looked originally; those to the front came from a house on the opposite side of the street.

The front ground floor room was used by The Beatles for composing songs. It has a glazed tile fireplace installed by the Trust and is partly decorated with Chinese-style wallpaper that was recreated from a surviving fragment.  Paul’s brother, Mike had the larger rear bedroom containing a built-in wardrobe so he could also use it as a photographic dark room. Both Paul and Mike’s former bedrooms have a patterned linoleum floor that is possibly original. The bathroom and toilet have modern fittings.

The rest is up to you, on the Socially Distanced Beatles’ Walk. 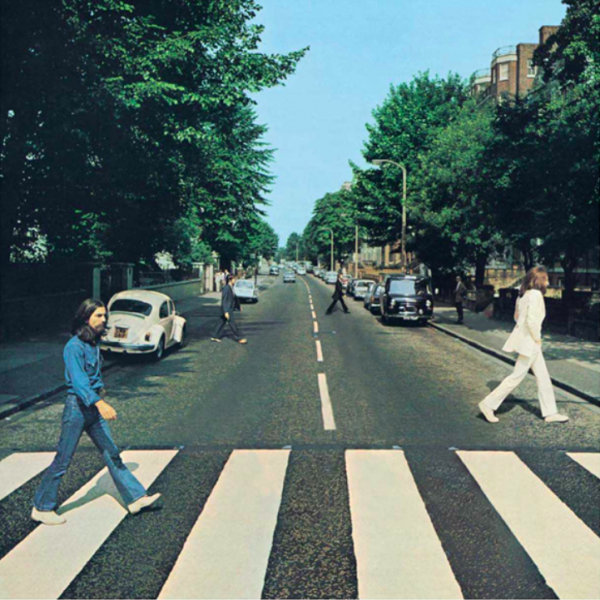