Set May 2021 aside for new Madness in your life, with a new autobiographical documentary about the band, in a suitably nutty year for the music industry. Before We Was We… will air exclusively on BT TV at 9pm on Saturday, May 1st.  Fans will also be able to watch on-demand via the BT Player.

When We Was We – Free  Audible Trial Audiobook Here

You can try an Audible trial and hear the audiobook version of the Madness story here – free.

If you want to make a day of it, then you can walk in the footsteps of the band in North London, using Rudie Ruthie and Mick Jenner as your guides in this pointer to Nutty Boys  film clip locations in and around Camden.

The Very Spot Where I Lay in the Road

You can also complete a day of Madness by reminding yourself of the band’s own Past, Present Future tour of Camden and hear Suggs introduce “the very spot where I lay in the road” for the One Better Day clip, filmed near Mornington Crescent London Underground Station.

Dressed by Alfred Kent, the secondhand clothes shop where Suggs bought his first Crombie – and where the band went suit shopping for Woody – all the members of Madness felt stylish enough to strike a pose in a Camden shop window for Grey Day. It’s now the local Waterstone’s.

From Chalk Farm London Underground Station (the cover of Absolutely) to 5 Kentish Town Road, The British Boot Company
(formerly A.H.Holt) you can find the boots to match the silly walk. It’s where some band members were shod as far back as 1967. In Commandos.

Suggs: “It was called The Buffalo, it was an old Irish dance hall. Same geezer still owns it. The earliest memory was when we played with Echo and the Bunnymen.”

Then there is Arlington House at 220 Arlington Road
From Suggs’ A Picture of London:

“Having spent much of my life in Camden Town I’ve always chatted and reminisced with old homeless blokes, probably because Arlington House, a huge homeless hostel, has towered over the skyline for 100 years.”

One Better Day is the Madness song most associated with Arlington House. 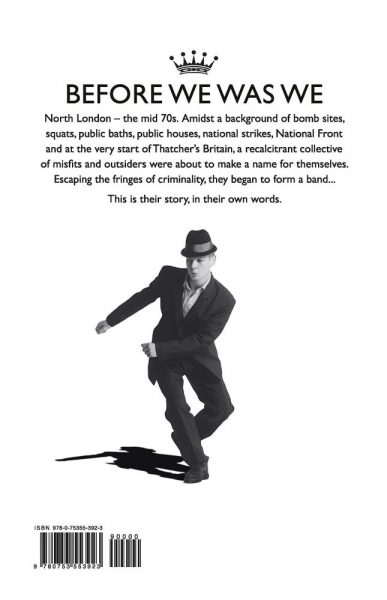 You can see The Dublin Castle here in 1981 where the band immortalised One Step Beyond in what is known as ‘Camden’s Castle.’Madness posters line the walls. Supergrass and Blur have played The Dublin Castle too – and Amy Winehouse.

The Dublin Castle may have closed for the second nutty year in a row, in 2021, but nothing stops Madness. Be there at 9pm on 1st May.