Pick up your global Glastonbury Live Stream ticket for £20.00 you’ll be free of mud and Wellington boots and also involved in a unique worldwide, virtual and in-person gathering. 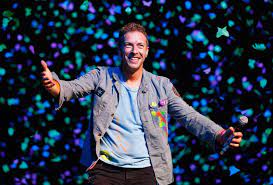 Shot by Grammy-nominated director Paul Dugdale who has worked with Coldplay before, as well as Sir Paul McCartney (Live in his Secret Gig at the Cavern Club) and The Rolling Stones, this is a Glastonbury like no other. Below – Dugdale’s work on Havana Moon, from The Rolling Stones, which was shown at drive-in cinemas.

The disappointing days of Sold Out Glastonbury (on the first day) may be a thing of the past in 2021. It’s not the same. No camping – unless you organise it in your back garden – but Dugdale has a gift for making the filmed music experience seem personal.

For Coldplay fans the new, live-streamed 2021 Glastonbury will be the event of the year.

Welcome to Your Stream

The YouTube streaming experience in the past year has featured band commentaries and expiring performances. As with Nick Cave at Alexandra Palace, once it’s gone – it’s gone forever. Just like a real gig.

The Rolling Stones  were early pioneers of the Covid Concert, with The Rolling Stones: Havana Moon, a concert filmed in Havana, Cuba, in 2016, which was the largest open-air rock concert ever to be held in Cuba – and delivered into drive-in cinemas across America later.

The Home Audience and Glastonbury

As Glastonbury 2021 director Dugdale told The Daily Telegraph about the emerging live stream field: “It’s a different thing trying to replace the audience in the room with the audience at home, especially when that electric connection between artist and crowd is what really makes a gig.”

It’s a new area ripe for experiments. “There are endless avenues to explore. If you’re filming a livestream like it’s just a normal gig but without an audience, what’s the point? You can be more ambitious than that.” Thus, “you have an opportunity to explode the stage, and be right next to the artist in a way you couldn’t normally do at Wembley Stadium.”

Live At Worthy Farm will be filmed at the Pyramid Field and the Stone Circle, and will run for over five hours on Saturday May 22nd, right around the world – on your time zone.

A number of unannounced surprise performances across the evening will give Glastonbury 2021 its usual excitement.

Links and access codes to watch the stream will be sent out by email seven days before the event.

A limited-edition line-up poster is also available with tickets, with proceeds going to Stagehand, the live production welfare and benevolent fund which is helping crew who have been affected by the pandemic.

Glastonbury fans expect open-air screenings around the world, from drive-in cinemas in the US to Sydney sports grounds, as well as events in local parks – and your own back garden.  No mud. Unless you create it. And all for a worthy cause.