It’s halfway through 1983 and, after shooting for the TV mini-series Return to Eden had completed in Sydney, James Reyne had returned to Melbourne and his main job, fronting Australian Crawl.

Which left the “fun” band bass player Paul Christie had put together with guitarist Kevin Borich in something of a quandary – who could replace Reyne in The Party Boys? Richard “Ralph” Clapton of course.

Not the obvious choice by any stretch, Clapton had long made it clear he was a songwriter.

Nonetheless, he took up the challenge with alacrity.   “Half the reason I joined The Party Boys,” Clapton admitted to me, “was because [guitarist] Harvey James and [drummer] Buzz Bidstrup were in The Party Boys and also in my band. I’d never ever done cover versions, so The Party Boys was great! One thing I really liked about The Party Boys was that I really didn’t feel like Richard Clapton in the band. The Party Boys was definitely Paul’s band and that really freed me up a lot. It didn’t influence my writing though, because The Party Boys material was so far removed from what I do. I think all I did learn from the band was how to be an entertainer – which is not meant to sound deprecating because I had a ball while I was with them.”

The Greatest Hits (Of Other People) and Party Boys

Clapton duly featured on the next Party Boys’ album, Greatest Hits (Of Other People), released by Oz Records that November.

Looking at the track listing, it’s pretty obvious they were pretty much Christie and Borich’s song choices – Bruce Springsteen’s I’m A Rocker, Hendrix’s Highway Chile, Del Shannon’s Runaway, Aerosmith’s Sweet Emotion, Free’s The Stealer, the Stones’ Street Fighting Man, Jimmy Gilmer & The Fireballs’ Sugar Shack, the Steve Miller Band’s Mercury Blues and the single lifted off it, their version of the Bobby Fuller Four’s I Fought The Law – but I’m pretty sure it was Clapton who ensured Dylan’s Rainy Day Woman No’s 12 & 35 was included.

His stint with The Party Boys might have been great fun, but as he admits in his autobiography, The Best Years Of Our Lives, “As James [Reyne] had warned me, I had to struggle with ludicrously inappropriate keys, which left me sounding either like Mickey Mouse or Satan.” Image: Richard Clapton website. 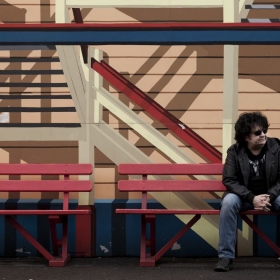 It Had To Be Dylan Of Course…

Even if, as he again admits in his autobiography, his initial reaction to Dylan’s voice was much like my own – horror.

After all, as a private schoolboy he’d been deeply immersed in the sounds of The Byrds and his horror was as much discovering that half the songs he’d been listening to and loving were written by Dylan as hearing that less than sonorous voice delivering those same lyrics.

Soon enough, of course, he became completely besotted with Dylan, and his own career path was set – the singer-songwriter with a penchant for poetry and social observation.

As soon as he could escape school, he scored a job that allowed him to save up and head for London – after all, he loved The Beatles and the Stones too – and eventually found himself in Berlin, so he never experience that whole San Francisco “Summer of Love” thing that had spawned so much of the music that had inspired him as a schoolboy.

Impoverished, he travelled through Europe with just two cassette albums – Neil Young’s After The Gold Rush and David Crosby’s If I Could Only Remember My Name. 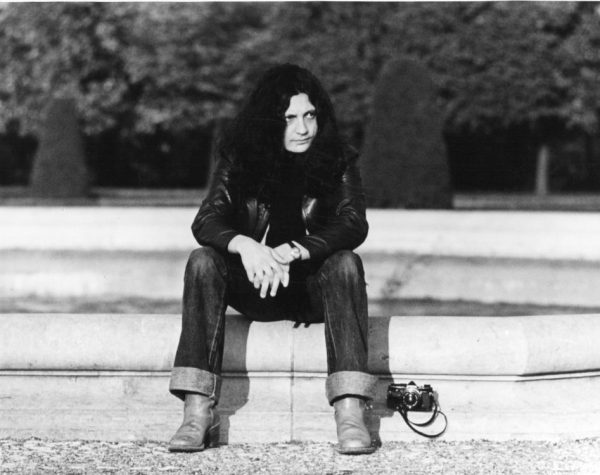 And nearly 30 years since The Party Boys and Richard Clapton has recorded another album of covers! Not that it was something he’d been “itching” to do. The idea came from an old friend of his, Terry Blamey, who’s best known as Kylie Minogue’s manager for three decades.

Catching up with Ralph after a show, the old friends chatted, Clapton regaled Blamey with tales of a recent trip to San Francisco and Blamey suggested he should cut “an album of hippie anthems”.

After the usual initial brushing off – “I’m a songwriter. Why would I record other people’s songs” – Clapton warmed to the idea.

The result, complete with an essay on the Summer of Love by Terry Blamey, in Ralph’s 16th album, Music is Love (1966-1970), 15 “hippie anthems” lovingly performed and recorded in his own key!

He notes that “I realized,” he admits, “that doing this album was a way of connecting with my musical past, or, more accurately, my musical beginnings. These songs are where I came from.”

What you get is Clapton’s take on The Youngbloods’ Get Together, The Byrds’ So You Want To Be A Rock’n’Roll Star and Eight Miles High, The Lovin’ Spoonful’s Summer In The City, Stephen Stills’ Love The One You’re With, The Doors’ Riders On The Storm, Buffalo Springfield’s For What It’s Worth, Joni Mitchell’s Woodstock, The Grateful Dead’s Casey Jones, Crosby, Stills, Nash & Young’s Almost Cut My Hair, Neil Young’s Cinnamon Girl and Southern Man, David Crosby’s Music Is Love, The Allman Brothers Band’s Midnight Rider, and Bob Dylan’s I Shall Be Released.

For all the love of Dylan, it’s interesting to note that the lion’s share of the songs on Music is Love come from Neil Young and David Crosby.

Story: Michael Smith
Michael Smith is former Associate and Contributing editor at The Drum Media and The Music, freelance music journalist for RAM, Juke, On The Street, JAMM, Sonics and way more, freelance book reviewer for Overland, Island and Quadrant, author of What’s Been Did (And What’s Been Hid): A Narrative History of Australian Pop and Rock, two volumes completed to date, Volume I covering the artists and acts that emerged between 1955 and 1963, Volume II those between 1964 and 1969. Bass player with Mushroom signing Scandal 1976-78, and legendary instrumental surf guitar band The Atlantics 2006-12.