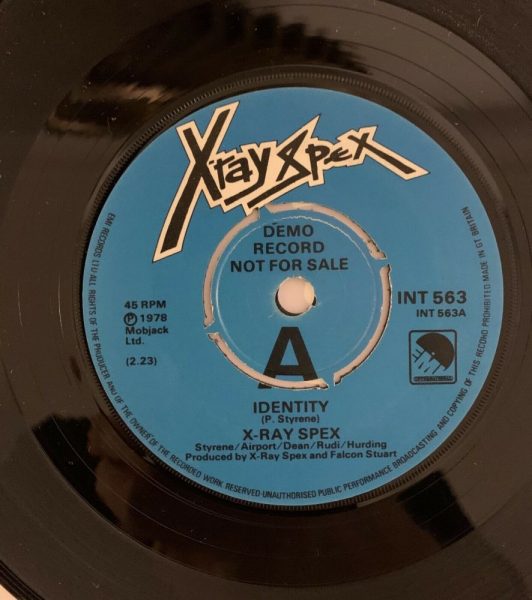 The acclaimed new Poly Styrene documentary, I Am A Cliche, has revived interest in the X-Ray Spex singer and songwriter.  What should you look out for when collecting memorabilia about one of punk rock’s best-known faces? This demo of Identity (above) is currently around $80 on eBay. That’s a solid investment from 1978 with Poly’s credit on the label.

Not too many punks had a Kodak at gigs, or a Polaroid camera, but professional music photographers number limited prints and sometimes sign them.

Punk and New Wave photographs like this one of Debbie Harry, Viv Albertine, Siouxsie Sioux, Chrissie Hynde, Poly Styrene, Pauline Black – are now at the heart of websites like Artsy 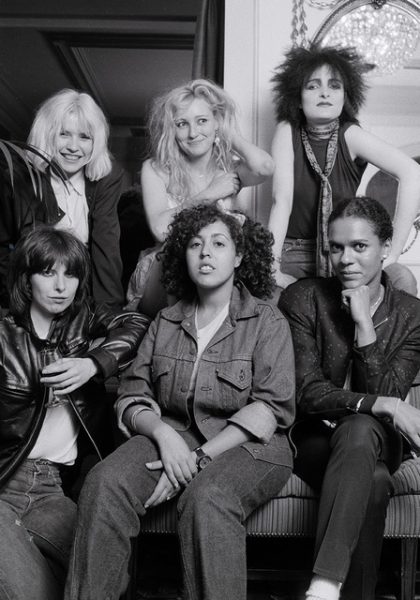 The stars of the well-known Michael Putland ‘Ladies’ Afternoon Tea’ organised by Debbie Harry at a London hotel in 1980, were part of an explosion in music as New Wave and Two Tone replaced Punk Rock. Putnam has since passed away (aged 72 in 2019).

Debbie Harry: “I really wanted to get together with all the punk females for an afternoon of celebration.”

Kate Bush (not punk or even New Wave or Two Tone) was still invited but didn’t make it. Poly is laughing in some of the out-takes; pensive in others. The limited-edition (50)  silver gelatin prints are numbered and authenticated and 850 Euro each from Gallery Viewer.

Some of the stars from the legendary afternoon tea appear in Women in Punk. 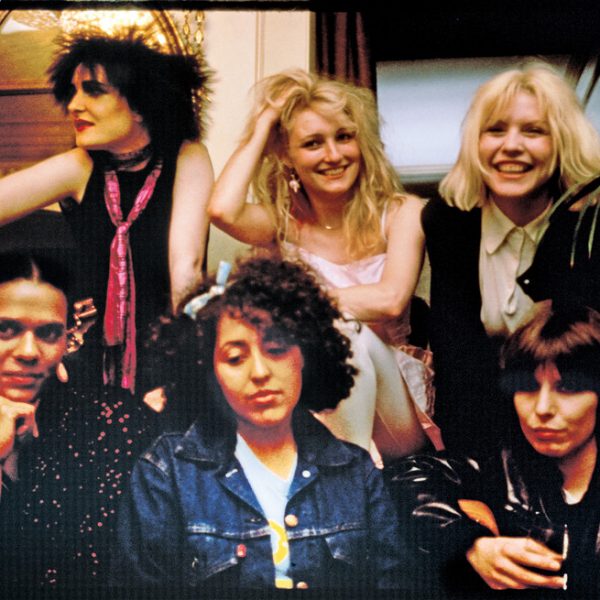 Born Marian Elliott-Said in Bromley, Kent, in 1957, Poly Styrene was the lead singer of the British punk band X-Ray Spex before releasing a solo album, Translucence, in 1980.

Her mother was a legal secretary from Hastings, her father, a Somalian aristocrat. Poly eventually moved to St Leonard’s in East Sussex and tragically passed away from breast cancer. 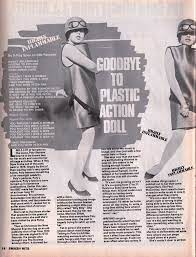 Poly has become famous all over again with the release of her daughter Celeste Bell’s autobiographical documentary about her mother, which Bell co-wrote and co-directed.

Poly is the punk rocker who shaved her head in the bathroom at John Lydon’s house and memorably saw a flying saucer, detailed in an interview with Julie Burchill in the NME on 21st October 1978.

She was charismatic, energetic, highly creative and liberated and empowered women in the Seventies, like Neneh Cherry, who credits Poly with inspiring her to begin her own career in music.

Copies of the NME, Melody Maker, Smash Hits and other magazines profiling Poly Styrene from the Seventies are also highly collectable, along with demo singles.

Admitted to The Maudley Hospital on a psychiatric ward (sectioned), Poly was mad, if not bad – and a little dangerous to know. In the new documentary, her daughter, Celeste Bell, comments: “She was misdiagnosed with schizophrenia when in fact she was suffering from acute bipolar disorder.”

As Poly herself remembers in an old interview in I Am A Cliche – “They said to me, you are a young girl who has got out of her depth and you will never be able to work again. That is a very hard thing to be told at 21.” Like so many punks, Poly had a brilliant career, but an extremely difficult life. 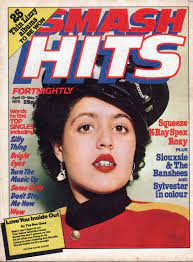 Vivienne Westwood to CBGB
The documentary follows Celeste to the key places in her mother’s life. Vivienne Westwood’s boutique, World’s End, at the bottom of Kings Road in Chelsea; the site of CBGB in New York; John Lydon’s house. Authentic memorabilia from Westwood or CBGB is already collectable in its own right, but more so, with Poly Styrene’s name or face attached.

From Punk to the Hare Krishnas

Once punk was well and truly over, Poly began wearing saris, put a dot on her forehead and threw her lot in with the Hare Krishnas.

John Robb: “I think it was The Beatles and George Harrison who got her into it. She was a hippie, really. Too sensitive for the world.” He believes it saved her.

Poly changed her name to one given her by her guru. Then, Laura Logic (also once in X-Ray Spex) joined the Hare Krishna movement at the same time. “I don’t think it was coincidence, I think it was highly planned by the universal laws…” she comments.

I Am A Cliche

As we now know from the film, Celeste abandoned her mother from necessity. “I was eight years old when I went to live with my grandmother who was eventually granted custody of me.” Celeste needed years of therapy.

Poly pushed her down the stairs once, when she was not in her right mind, and Celeste never let her forget it.

Yet, they eventually forgave each other. Poly moved to St. Leonards near Hastings in the early 2000s and Celeste moved to Madrid.

“The slow pace of the town and the calming effects of the sea” according to Celeste, restored Poly’s balance.

Courage was something Poly never lacked and she made a comeback despite her fear. She sang Oh Bondage Up Yours for the encore. Gig fliers, posters and photographs from her final show are also likely to turn up as the film gathers more publicity and are worth saving for posterity, as Styrene will live on for future generations of music fans.

It goes without saying that the most famous song, Oh Bondage, Up Yours has become an iconic part of punk rock, with its bondage trousers and the Malcolm McLaren and Vivienne Westwood story.

Catching Up With Poly

Pauline Black, interviewed in the documentary, says the world is playing catch-up with Poly Styrene.

“When I visited Poly in the hospice we held hands the whole time, she had soft, young, girlish skin, and we had such a laugh, laughed our heads off about boys and sex and all that bollocks.”

The last time Celeste saw her mother, she cried, even though her mum always told her “not to cry for the dead.” Poly thought it was just the beginning, even though it felt like the end. Perhaps this is also the beginning of the second wave of Poly’s career. It’s certainly worth keeping and cherishing. 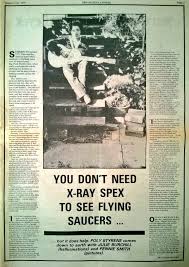 When collecting Poly it is worth remembering that even an old exercise book can be valuable. Collectors like Ian Pearson are willing to invest in our punk and new wave past. He paid about $2000 (“Five years ago”) for an old exercise book signed by all the bands on the Anarchy tour. It was also signed by X-Ray Spex, Penetration, Buzzcocks, the Banshees and The Police.  What was new, shocking, radical and exciting in 1977, as we go towards 2027, is an investment, for people who used to be Germ-Free Adolescents.