Punk in the East

Modern historian Professor Matt Worley, from the University of Reading, is a punk rock academic – part of a modern breed – looking at the Seventies punk rock subculture.

Those who were there, like Russell Turner (below) are part of a wave of oral history online. Stunning historic photographs by witnesses like Richard Titch are part of Punk in the East, a brilliant 2021 effort to crowdsource tickets, posters, T-shirts and more. You can help this punk rock museum exhibition if you were there, by adding your memorabilia.

Thriving in Norwich at the time, it inspired a festival organised by Jonty Young, a Norwich punk from the days of 1977.

Punk in the East is a digital collection of original punk photographs, gig ticket, posters, clothing and ephemera from Norwich, Norfolk and across East Anglia. (Pictured: Vivienne Westwood T-Shirt from the Punk in the East online exhibition). 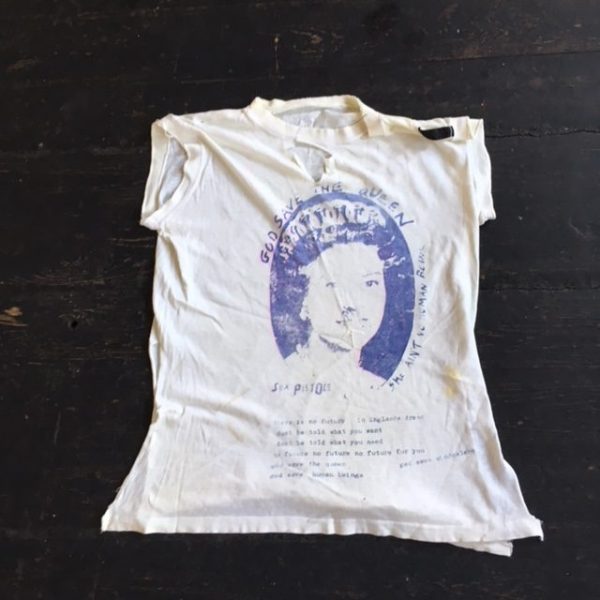 When Punk is a Museum Piece

Matt Worley, a Norwich boy turned Professor of Modern History at the University of Reading, joined Jenny Caynes, Curator of Community History at the Museum of Norwich, in finding and digitalising all the content. Sex Pistols advertisement from Punk in the East. 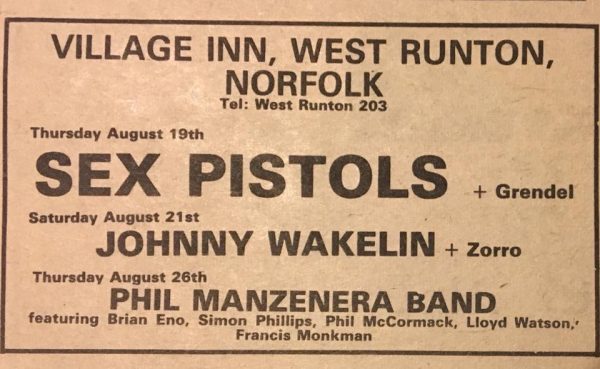 On October 22nd 2016 to coincide with the 40th anniversary of the first UK punk single, New Rose by the Damned, a 15 venue exhibition opened throughout the Norwich Lanes.

There is a book: No Future: Punk, Politics and British Youth Culture, 1976–1984 (Cambridge University Press)

The Museum of Norwich is still collecting material – Email punkintheeast@gmail.com. Though if you have anything like this (below) you may want to try EBay first. (Beckett Grading Services, The Sex Pistols on eBay). 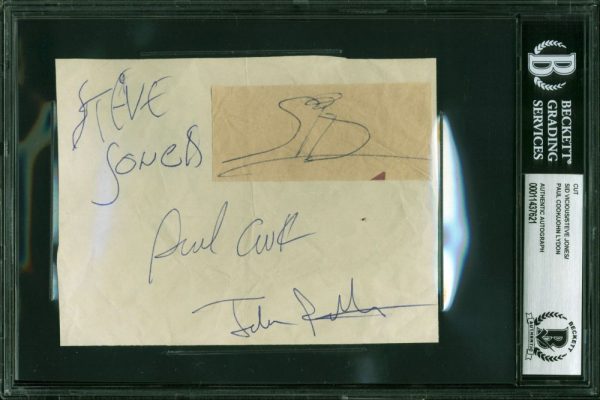 Best known for his work in comedy and fiction, Charlie Higson was part of a University of East Anglia band called Higsons in the early 80s who had morphed from punk.

The secret history of punk in the East makes it not only a museum piece, but also highly collectable – in an age when Sex Pistols’ rarities are at Antiques Roadshow prices on eBay (especially if signed by Sid Vicious)

Charlie Higson and fellow comedian Paul Whitehouse talk about how  John Peel influenced them,  in this show broadcast on 29th August 1999 during John Peel’s Night on BBC2.