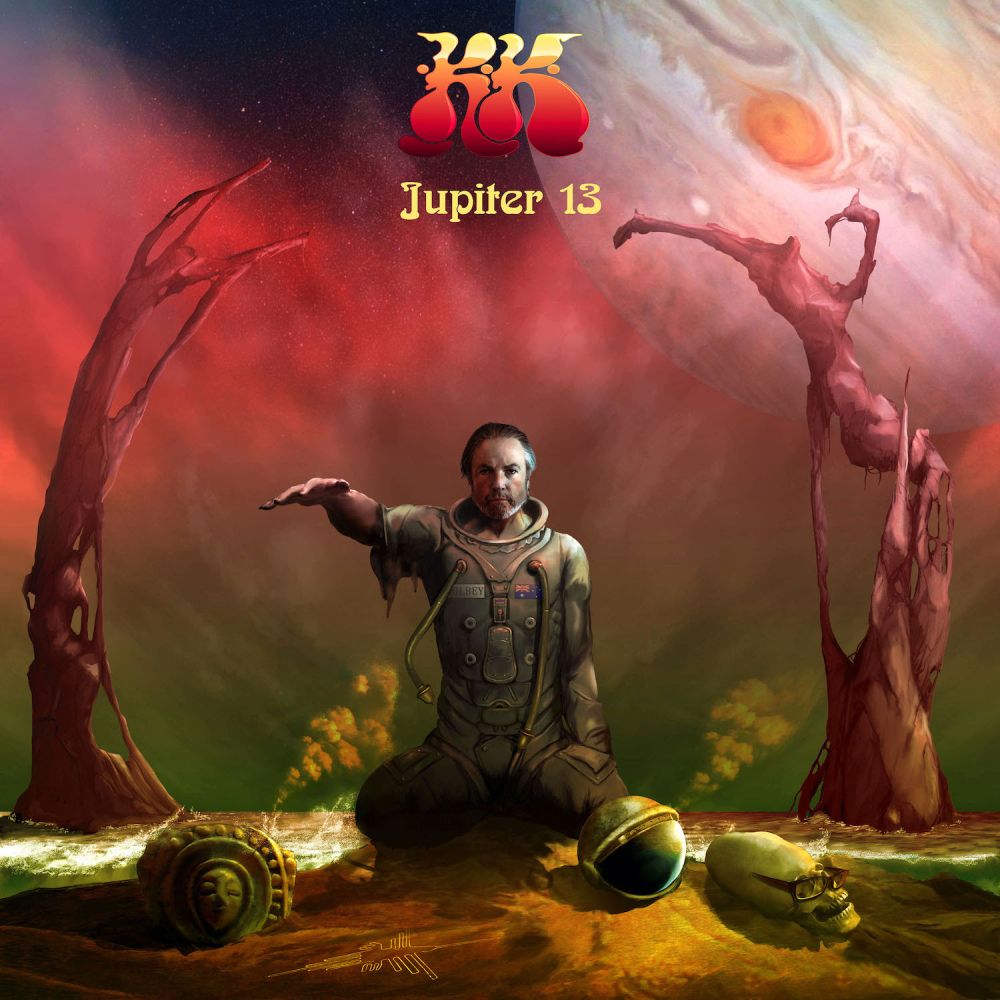 He’s always been a musical – and something of a psychic – explorer, but the cover of his latest collaborative release, Jupiter 13, sees The Church’s Steve Kilbey portrayed as a space traveller in a landscape that could have been spawned by the man behind the classic period Yes albums, Roger Dean.

Kilbey has always been prolific, and not only musically, but across several media; 2020 saw him going into hyperdrive.

The year began with the unlikeliest collaborative album, The Dangerous Age, recorded with Kate Ceberano and Brisbane singer, songwriter and music journalist Sean Sennett, which Mushroom released in January.

Then came two albums – Chryse Planitia and Songs From Another Life: Music Of Antiquity – in collaboration with classical guitarist Gareth Koch, who first came to our attention as a member of the ARIA Award-winning classical guitar quartet Saffire back in 2003.

Kilbey finished the year with a solo album, Eleven Women, a typically accessible slice of Kilbey anarchy, replete with references, musical and literary, with just a dash of his subversive sense of humour.

This is the sixth album from Kilbey Kennedy, a collaboration with All India Radio’s Martin Kennedy which, over the past decade has seen the release of five other album, three albums of commissioned songs and their putting together of half a dozen compilations.

As has been their modus operandi throughout their collaboration, Kennedy recorded all the music, this time around early in 2020 down in his home in Hobart, Tasmania, before flying up to Sydney and driving up to Damien Gerard Studios on the NSW Central Coast to record Kilbey’s vocals.

The extraordinary thing about the way the pair work is that Kilbey doesn’t get to hear the music before they meet in the studio, so what you hear is Kilbey’s creative process in action as he spontaneously improves lyrics.

Kennedy first made his name in 1987 in Melbourne indie band Pray TV, who released four albums and a handful of singles before breaking up ten years later in 1997.

Nearly 20 years after the breakup, Pray TV reunited in 2016 and released a new album, Horizontal Life, that August.

Throughout, All India Radio has been Kennedy’s primary creative vehicle since 2000, releasing nine albums of atmospheric, primarily instrumental soundscapes and contributing music to TV shows as diverse as CSI: Miami and Bondi Rescue.

With Kilbey, All India Radio created the soundtrack for the 2015 Australian sci-fi feature film The Rare Earth.

As for The Church…

No news yet as to when the new album, tentatively titled In the Wake of the Zeitgeist – that was the title given to the European tour they were obliged to cancel last year as a consequence of the pandemic – will see release, though The Church are performing at this year’s Bluesfest over the Easter long weekend April 1-5, so it can’t be far away.

All things going well and COVID permitting, their rescheduled European tour will kick off in Portugal in May.

That tour will see Kilbey as the only original member still standing, co-founder Peter Koppes having left to concentrate on his new musical project Syncretism with fellow multi-instrumentalist Dave Scotland.

Kilbey and The Church’s longest-serving drummer Tim Powles will be joined by Powderfinger’s Ian Haug, who stepped in on the departure of guitarist Marty Willson-Piper, while Koppes has been replaced by Ashley Naylor.

Now promoted to full-time membership is Birmingham, Alabama native Jeffrey Cain, who has been part of the touring lineup the past few years. Kilbey and Cain began working together in 2004 as Isidore.

Jupiter 13 by Kilbey Kennedy is released March 5 on Foghorn Records through MGM.