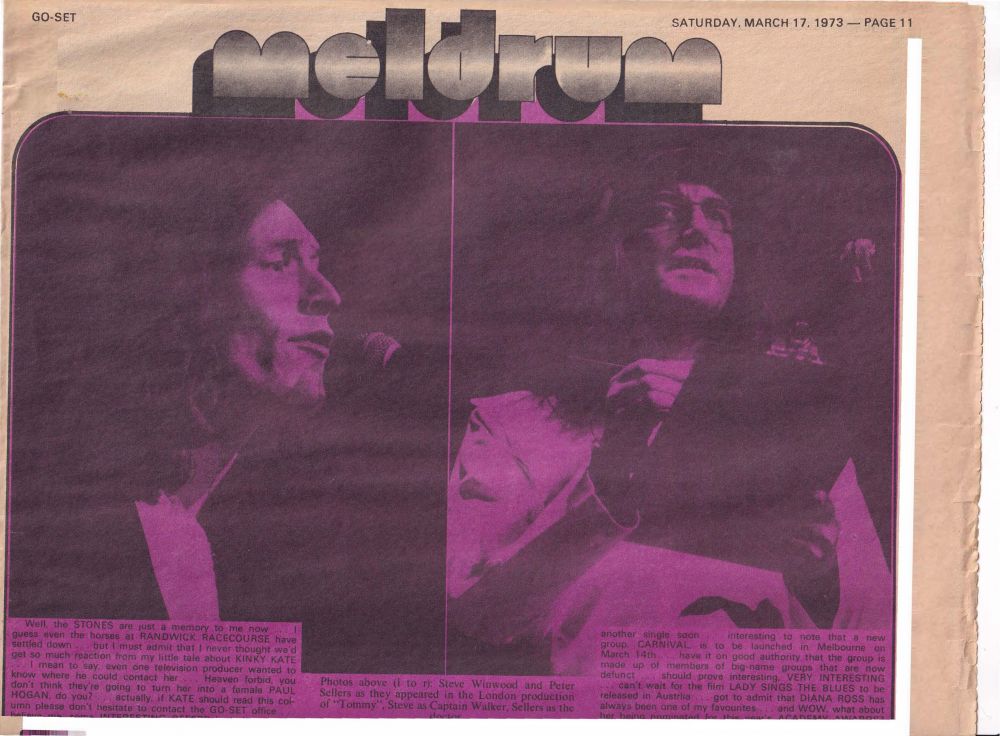 Ian Meldrum’s playlist from March 17th 1973 in Go-Set, (his regular Rave Albums of the Week list) features both Lou Reed and Carly Simon for inspiration.

You’re So Vain from the No Secrets album made Carly Simon famous and was a massive hit.

No Secrets was released on November 28, 1972 and spent five weeks at No. 1 on the US Billboar chart and You’re So Vain also went to No. 1 in America.

Lou Reed’s debut, self-named album from April 1972 did not even make it into the Top 20. With guest appearances from Rick Wakeman and Steve Howe (Yes) it was allegedly recorded with the lights out.

They Only Come Out at Night was the third studio album by Edgar Winter and the first by the Edgar Winter Group.

Frankenstein was the hit.

Transformer was the second solo album by Lou Reed and became a landmark of Glam Rock, produced by David Bowie and Mick Ronson and released in November 1972. The hit was Walk on the Wild Side.