One, Two, Three, Four – The Beatles In Time Craig Brown

If you are looking for your next Beatles book, this critically acclaimed 2020 release by Craig Brown is not like the rest. 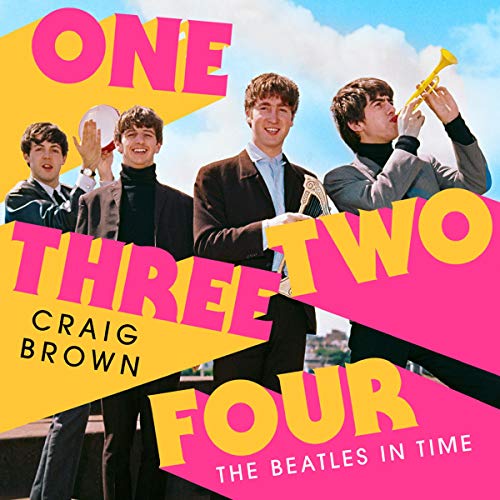 If you are looking for your next Beatles book, this critically acclaimed 2020 release by Craig Brown is not like the rest.

You can see BBC journalist Mike Naylor interviewing Craig Brown below, hosted by Our Bookshop. This is not a standard Beatles book, as it concentrates on the people around the band. For example –

The Beatles and Their Dentists

Craig Brown is also here on YouTube as part of the 5×15 series – talking about the impact of four dentists on The Beatles’ lives. In other words, how Bert, John, Michael and Gordon affected John, Paul, George and Ringo.

This interview from The Great Big Book Club by Rachel Johnson finds Craig talking about his “vaguely chronological” biography of The Beatles and his need to write something for the 50th anniversary of the band’s break-up.

This is The Guardian review by Anthony Quinn –

“One Two Three Four hasn’t the authority or the insight of Ian MacDonald’s sacred Revolution in the Head, and lacking an index it isn’t as useful as Philip Norman’s 1981 biography Shout! But it does an intriguing sideline in characters who were tangential to the Beatles’ story – such as Richard and Margaret Asher, who welcomed Paul as one of the family into their Wimpole Street home when he was going out with their daughter, Jane. Or the drummer Jimmie Nicol, a Beatle-surrogate for 10 days when Ringo had tonsilitis and whose life thereafter fell through the cracks. Or the sad figure of Eric Clague, former police constable, who discovered by chance that the woman he had accidentally run down and killed years before was Julia Lennon, John’s mum.”

David Hepworth’s review in The New Statesman is here:

“Every icon of the age flits across its pages, from Muhammad Ali, who pretended to knock them out in Miami in 1964 despite not knowing who they were, to Christine Keeler, who claimed to have slept with Ringo Starr; from Brigitte Bardot, whose lunch date with John Lennon was spoiled by his having swallowed some acid to calm his nerves, to Elvis Presley, in whose presence even they could only stand and gawp. Some of these meetings, such as the time in 1961 they looked down from the stage of the Top Ten Club in Hamburg and saw Malcolm Muggeridge in the audience, seem more like gags from the parodic Rutles film, but apparently they took place.”

The Free Audiobook on Audible

See Your Reviews on AMMP

Do you want to send your most recent blog, podcast, YouTube or website music book review to AMMP? We’ll reproduce it here, link to you, and pay for your next new audiobook or book (US $30). Email your link and an MS Word version of your review, with JPEG to our News and Content Editor.