Tantalized – a classic single from the album Heyday by The Church - was remastered in 2002 after first being released in 1985. 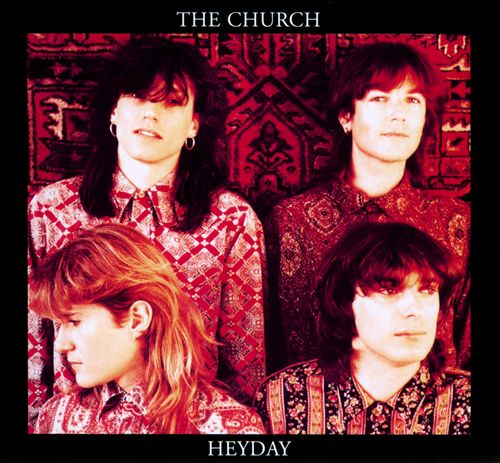 Something Quite Peculiar – Steve Kilbey

A life spent in and out of The Church, experimenting with paisley shirts, Tarot, drugs and musical masterworks, is at the heart of Steve Kilbey’s autobiography, Something Quite Peculiar.

Known around the world for the massive radio hit Under the Milky Way, Kilbey is best-known in Australia as a consistently brilliant Bohemian.

Tantalizing Tales From a Sixties Typewriter

Something Quite Peculiar is really like 20 tantalising tales from a Sixties typewriter, though from a Twenties computer. In fact, the song tells you about the singer, and the singer’s life story tends to explain the song.  Make up your own mind about the book.

Tantalized – a classic single from the album Heyday by The Church – was remastered in 2002 after first being released in 1985.

Mixed in a hurry by British producer Peter Walsh working from 9.00am to 4.00am, the album was, nevertheless, mistake-free in the end, meticulously produced by a perfectionist.

The extended 12-inch single version of Tantalized at 4 minutes, 57 seconds is on YouTube.

The song and the album came, prophetically, from The Church’s heyday in the Eighties.

Richard Kingsmill interviewed Steve Kilbey on Sydney 2SER in 1985 to talk about the new creative democracy in The Church pioneered on Heyday and the fifth person on the album, producer Peter Walsh.

The etymology of the song title is as follows. Tantalus, in Greek mythology, was condemned to Tartarus as punishment. He had to stand forever in Tartarus, in water that receded when he tried to drink, under fruit trees with branches always out of reach.

The song emerged from a jam session with Peter Koppes and Marty Willson-Piper – when Koppes left his guitar in a rehearsal and switched to drums. Steve Kilbey wrote the lyrics later.

“With our tongues firmly in our cheeks we released Heyday in the European spring of 1985, the four of us in the most decorous shirts the world had ever seen and an authentic expensive Persian carpet as a backdrop.

I remember we hired the carpet from a posh shop called Nazar carpets in Mosman on Sydney’s North Shore.

It was heavy and cumbersome and took some serious manoeuvring  in order to get it to the location for the photo shoot. 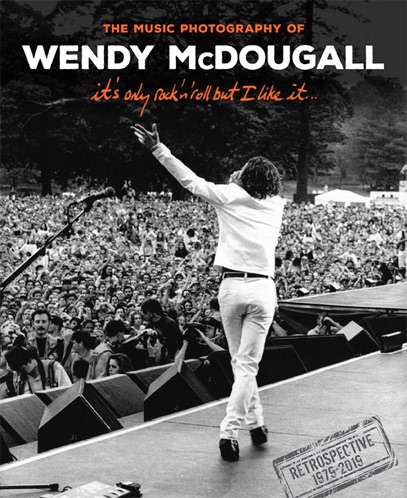 When we finally hauled it inside we realized that hanging it was also going to be difficult. Somehow we managed to suspend it and position ourselves appropriately for the shot.

In those days user-friendly image editing programs such as Photoshop were not readily available to create a computer generated background. The photographer was Wendy McDougall, well known for her band shots.

However, it was a friend of ours – Tony Forbes – who thought up the cover concept. Putting a whole lot of effort into something that was only going to confuse the public was the church at its contrary best.”

Tantalized was made at EMI Studios 301. The studios had been on Level 7 of the building since 1954 – and there were three. Studio A, B and C.

The orchestration on Heyday was the work of the 1987 ABC-TV news theme scorer, Tony Ansell. A full list of credits can be found at All Music.

A-Side
I THOUGHT IT WAS TOBACCO THEY WERE SMOKIN’

The Church and Paisley Shirts

Paisley, worn on stage and for photo shoots by The Church in the mid 1980’s, is based on a teardrop design (from Kashmir, India) in its original form, but the patterns were adapted in Paisley, Renfrewshire, Scotland, at shawl factories in 1800-1850.

The classic Bohemian print is associated with Oscar Wilde and his paisley smoking jacket.

Paisley is also associated with Liberty of London and in fact Arthur Lasenby Liberty was a friend of Oscar Wilde.

Paisley was also painted by the Pre-Raphaelites. William Morris adopted the print. John Lennon painted his Rolls-Royce with Paisley designs.

The Astrology of The Church

This is a triple conjunction and extremely rare. Libra is the most romantic sign of the zodiac and given to musical partnerships, passionate romances and complex marriages – but can be prone to difficult divorces.

Heyday was released in 1985 when Saturn moved to 24 Scorpio in a pattern not possible in 29 years, triggering the charts of three out of four members.

Steve Kilbey on The Church

The Time Being – heyday …. no seriously

Apple Music – The Church – The Best of the Radio Songs

The Film Clip for Tantalized

Steve Kilbey of The Church

Is there a video made for The Church that you feel somehow – conveyed the essence of a song?

Steve Kilbey: Ever?  Yeah.  Couple of people called Leslie and Larry – Williams, I think it was – did a video back in 1986, did video for a song called “Tantalized”.  And it was um – back in the days of film and it was all different kinds of camera, different kinds of films.  They even had some videotape cameras.  And they were just doing anything and kind of.  A guy delivered a pizza and they gave the pizza guy the camera to go and film these guys.  He was walking around and they were telling us to try to bump into the pizza guy.  It sort of had a kind of very confrontational camera work with different kinds of camera and then they chopped it all up, so it was sort of – that was good.  That got some idea of – I think of the song. Most of the other videos are kind of a distraction.  They might be good but – they – limit the ambiguity the song used to have.

The Lyrics by Steve Kilbey

God I’ve been asleep so long, I’ve been away
Back from software limbo the natives call today
I let their promises bind me
I let seductive logic blind me
I embraced a machine, I went through the routine
And I hid from the people who were trying to find me
Till the day comes when you realize
Otherwise you never care
Pandora’s box reveals a new surprise
Can’t wait to see your eyes, now you’ve been tantalized
For a hundred and one voluptuous days I broke the law
The labyrinth was closing so we panicked up a door
I let their wanton flesh obsess me
I felt their dreams and drugs assess me
I was hired and fired yet never inspired
Flattering, chattering words to impress me
All that glittered had me mesmerized
Otherwise I would have dared
Guess the nature of our enterprise
Can’t stop to sympathize, how you’ve been tantalized
I turned up in some harsh doomed city on another plane
I couldn’t believe the room I got or the guests I entertained
I felt the dirty streets surround me
I let the buzzing swarm confound me
I gave money to ghosts, I insulted my hosts
I could never get off the stuff that spellbound me

The Rickenbacker and Tantalized

Marty Willson-Piper spoke to Smells Like Infinite Sadness about his use of the Rickenbacker on Heyday.

“The guy’s name was Patrick Mata and I saw him play live, and I think he was playing a Fender 12-string through a fuzzbox. And I saw that, and I thought wow that’s great! That’s so cool. So I think that might have been the bigger influence for me. Seeing this guy that no one’s ever heard of playing an instrument that’s usually associated with beauty and melody, but plugging it into a fuzzbox and playing like that (makes loud clanging sound)!

So consequently, I didn’t only play my guitar through a fuzzbox, but I wasn’t scared to try. If you listen to Tantalized (off Heyday), that was all Rickenbacker.”

Born on February 8th 1964, the 12-string Rickenbacker made its way to The Savoy Hilton and into the hands of John Lennon, who then gave it to George Harrison.

Roger McGuinn of the Byrds sent his back to the factory for a pickup and onboard compressor. Pete Townshend played his Rickenbacker on Pictures of Lily, Substitute and I Can’t Explain.

You can hear it on This Charming Man (The Smiths) and of course on the biggest-selling single The Church created, Under the Milky Way.

Guitar and songwriting Skype lessons with Marty Willson-Piper at the excellent In Deep Music Archive. 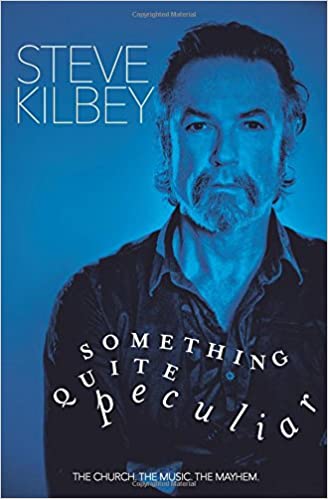