Kurt Cobain and Spinal Tap in Australia
Jessica Adams on the Cobain sense of humour that history sometimes forgets – and why the band might have covered Stonehenge by Spinal Tap in their now-legendary concert at The Palace on Saturday 1st February 1992.

Dreaming of Kurt
One of the reasons Nirvana still attracts fans today, as they did in the 1990’s, is  Kurt’s sense of humour. It lives on in his interviews, the books about him and the clips of the band. He was a fan of Spinal Tap, as I found out when I interviewed him for Select magazine and the Sydney music weekly On the Street. Kurt still has the kind of presence where people dream about him. Regularly. In fact I was recently interviewed about those ‘dreams of Kurt’ for an Apple podcast. He certainly had a surreal sense of humour so maybe it’s not surprising that he turns up in people’s night-time viewing. 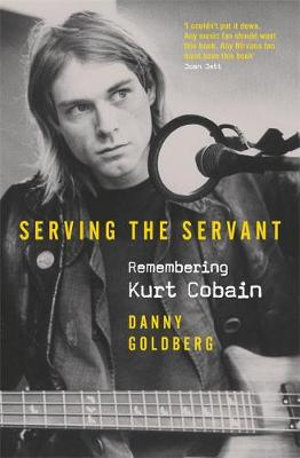 Serving the Servant by Danny Goldberg

I was really pleased when Danny Goldberg got in touch about his Kurt Cobain biography, Serving the Servant.

Bent Comedy and Kindness
It gave me a chance to remember not only Pisces Kurt’s natural gift for bent comedy, but also his kindness. I left rock’n’roll journalism a very long time ago, for astrology but you remember the rock stars who were nice to you. Kurt was one. He was born with the Sun in the sign of the two fishes who swim backwards and forwards. He was also one of those slippery fish who could be one thing and another. I think he found it hard to take life too seriously!

Stonehenge, Spinal Tap, Nirvana and Melbourne
This is a good recording of that afternoon show on Saturday 1st February 1992 when The Palace played an all-ages gig with the Meanies and Tumbleweed. It’s been preserved on YouTube and remastered.

Here we find About a Girl,  Come As You Are, Lithium, Smells Like Teen Spirit, the gorgeous On a Plain – and a Spinal Tap cover. Stonehenge.
You can find the set list here.

Nirvana in Australia in 1992

New fans of Nirvana sometimes find the podcast or Goldberg book where my interview appears, and ask me what it was like to see the band, or to speak to Kurt. Well, everything you hear about is true. They were the most brilliant band of the decade, live and on CD. Anyone who was lucky enough to get a ticket to a gig in the summer of 1992 never forgot it.

Spinal Tap, the funniest band in rock’n’roll, was making a comeback at exactly the same time that Kurt was on the plane to Australia. He got the joke and even put the song on stage.

The tragic and awful end to Kurt’s (pretty young) life has often distorted how people in Australia remember him. Yet, when he was bouncing around in the audience, or smiling that smile, he was a different person.

Every time I see comedian (and another Pisces) Bill Bailey launch another tour I am reminded of Nevermind, Nirvana and the baby chasing the money in the pool. He surely must be inspired by Kurt’s sense of humour. 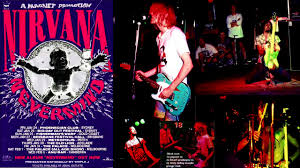 A rich, deep sense of irony. A healthy sense of the ridiculous. The madness of Nirvana’s instant, massive success did not escape Kurt Cobain after so many years of nothing – but like that other famous Pisces, George Harrison, he found his sense of humour and got by.

Harrison went on to Handmade Films and classics like Withnail and I, as well as The Life of Brian. As an astrologer, now, after a long career in music, I have to say Pisces musicians are not like the rest. Had Kurt survived the madness, I think he might have followed in George Harrison’s footsteps and found his way into films.

As the anniversary of that 1992 show comes up, though, in February 2020 – let’s not think about what might have been. What actually was is pretty amazing. And with a wry, funny, Spinal Tap twist. That was Kurt Cobain in Melbourne, almost 30 years ago this month.