The most consistently excellent Australian guitar pop band of the eighties and nineties, The Divinyls barely put a foot wrong during their most fertile decade from 1983’s ‘Boys In Town’ onward. Although Mark McEntee’s uncanny skill with a cracking tune was enviable, it was Chrissie Amphlett, the take no prisoners vocalist who more 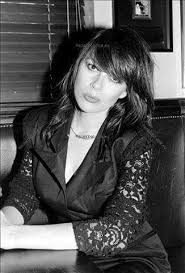 or less changed the landscape for women in rock. Unapologetically in your face and pleasingly intimidating, Amphlett stole the cock-surety of manrock, and subverted what was previously seen as acceptable girl-singer sexuality, pushing every boundary. If she wanted to wear a school uniform it wasn’t coy titillation. She made her own choices and woe to any record company suit who tried to groom her. After Amphlett women in rock were more steely and the notion of the female singer as just ‘fuckable’ and able to hold a tune, was blitzed. Amphlett was certainly aggressive sexual, but also secretive. When she sang “I Love myself I want you to love me” the ambiguity was pervasive.

The first four Divinyls LPs charted in the Top 10 in Australia. Although every single was outstanding McEntee and Amphlett wrote so well that it was the albums which were the hits, all killer no filler. ’I Touch Myself’ came within a whisper of Number One in the US. Selecting one track is difficult from a collection with such symmetry. 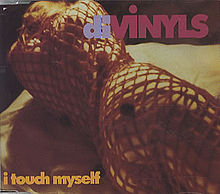 ‘I’m Jealous’ is one of the most restrained songs in the Divinyls catalogue but bleeds honesty and hurt. It was the band’s last top twenty hit. The melody is haunting, the words vivid and raw. Although co-written with hitmakers Tom Kelly and Billy Steinberg, this is not a formulaic balladry. ‘What’s she got that I don’t? What’s she do that I won’t? You must be blind’. Amphlett pleads at one point. ‘Take a look at her she’s not your kind.’ Then it gets a bit stalker-esque. ‘I’m liable to do anything. I might kick her face in’. It’s an alarming admission in a pop song, with Amphlett staring down the camera in the video like a woman possessed. Every note of McEntee’s solos is heavenly. Amphlett was never better than here. A vocalist, a guide, and an inspiration to the generations of women who followed.