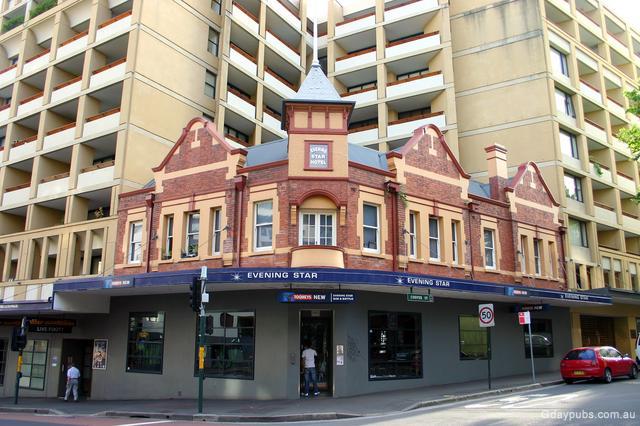 Bowie in the Pub – Gone But Not Forgotten

On the 27th of May 2018 The Sydney Morning Herald reported the death of 176 music venues in the city.

Yet, Bowie, a sometime Sydney resident, lingers on in spirit.

It took politicians just 30 years to end live music in Sydney.  Anyone who lived in the city in the 1970s-1990s will remember being able to live in Surry Hills (David Bowie’s favourite live music haunt), Kings Cross, Chippendale or Newtown (in an actual house) – and see bands every night of the week.

The Sandringham and The Hopetoun

Bowie used to watch bands at The Evening Star. Perhaps you went to The Sandringham, which Doc Neeson (The Angels) mourned with a gig outside – or The Hopetoun, which is a heritage building where The Sunnyboys used to play.

The Hopetoun is now haunted. The Sandringham has no bands.

Sydney hosted quite a few 20th century classics as residents or travellers.

When they began their career, Robert Smith, Lol Tolhurst and friends could be found at 56 Ebley Street, Bondi Junction.

Sydney was a world-class music city on a ‘little band’ circuit which meant The British Invasion of the late Seventies and Eighties actually had somewhere to play.  Nick Cave has become an Australian establishment icon. His band were once in Newtown at The Sando – The Sandringham.

The Sandringham now sells grapefruit mimosas and Korean glazed wings. It used to sell a pint of Nick Cave. It has become a mini golf-course.

The Australian music industry which put Nick Cave, the Go-Betweens and AC/DC on the world stage came up through venues like The Trade Union.

Australian Music History has a powerful roll-call of all the lost Sydney venues. 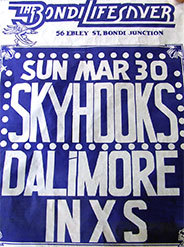 Bowie at The Bondi Lifesaver

The Bondi Lifesaver is now a branch of Coles. Welcome to Sydney 2019.

David Bowie, used to go there too.

The Angels: “We’d started our show and all of a sudden David Bowie and his entourage came in front of the punter barrier [the security fence separating the audience and the stage] and watched our show. It blew me away, here’s this superstar watching our show. They wanted to spend their night off coming and supporting our band. We thought that was pretty amazing, actually.