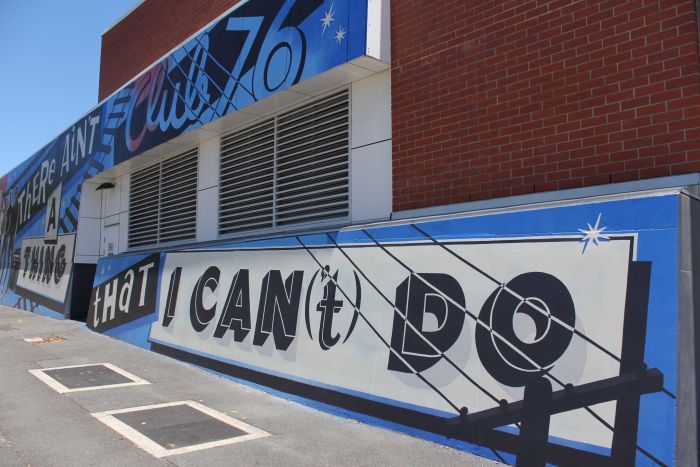 The Go-Betweens, Brisbane, The Saints and walking tours are a natural fit.  Ed Kuepper (below) stands in front of a Go-Betweens mural here in a recent ABC story on the city’s latest tribute to its two most famous bands. This is a self-guided stroll through Australian music history on the Heritage and Music Digital Trail 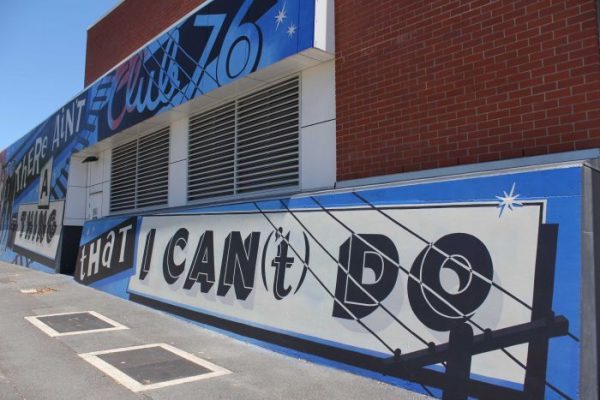 Walking With Regurgitator and Powderfinger

The former TC Beirne department store in Fortitude Valley was a rehearsal space for  Regurgitator and Powderfinger during the 1990s. This forms part of a self-guided stroll through important Australian music history which also includes Number 4 Petrie Terrace, known as Club 76.

Using the free online map you can also find the following Brisbane icons:

During the 1970–80s, Baroona (Caxton) Hall was an important venue for live music and performances in Brisbane.

Read about how these terrace houses became the backdrop for one of Australia’s most iconic rock images.

“Back then, everyone moved to Sydney. The corrupt cops ruled the streets, the right to march was banned and being gay was illegal; we had to catch the bus south for pregnancy terminations, and Indigenous people were arrested leaving the pubs at 10 o’clock.

But not me. I moved to Petrie Terrace, into a rambling wooden two-up on stilts on Wellington Street.

It was an open house because of the music we played, the pot we smoked, the availability of beds and the huge sunken bath in which we entertained…”

The Saints’ Fireplace at Petrie Terrace

The Saints album cover featured a photograph of the band posed against a fireplace in a share house at 4 Petrie Terrace where they lived and practiced: also known as Club 76. It’s a reminder of Australian inner-city music culture in the Seventies and Eighties when musicians and their fans lived in affordable or occasionally free rented houses, shared a ride in a secondhand car, walked to pub or community hall gigs – or took the bus – and walked back. That habitat is now endangered and in Sydney, gone with the boom in expensive high-rise and the pokie machine gambling takeover of pubs.

This self-guided walk through Brisbane is a hook into the past – the homes of ‘tin and timber’ to quote Grant McLennan.

Petrie Terrace and Spring Hill have spawned exhibitions in the past like Punks on Petrie.

The Saints Mural in Brisbane

QUT lecturer and former band member of The Go-Betweens, Dr John Willsteed, coordinated the mural project around the corner from 4 Petrie Terrace.

He told ABC Radio Brisbane’s Craig Zonca the 1978 Saints song Know Your Product was the soundtrack to his transition from a hippie to a “punk boy”.

For more on Brisbane bands
https://www.youtube.com/watch?v=kAr-dxqHa2s

I’m Stranded by The Saints