‘Quasimodo’s Dream’ is generally chosen as The Reels moment, their epiphany, but years before they were from the outset not only impossible to quantify or box in any kind of genre, but also hugely brave. 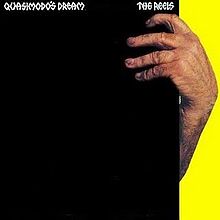 ‘Quasimodo’s Dream’ is generally chosen as The Reels moment, their epiphany, but years before they were from the outset not only impossible to quantify or box in any kind of genre, but also hugely brave. The band hailed from Dubbo, a town which viewed men in red plastic pants and fluorescent tops, not to mention the ahead-of-its-time geometrically patterned hair as absolute freaks. Dave Mason was beastly careless. With a lifelong casual disregard for fashion and influence Mason did his own thing personally and musically at all times. Who else would have the chutzpah to sign to K Tel for an LP of pre-rock standards? Beautiful was both gentle parody and loving tribute. There was Neighbors (sic … I’ll spell it how I like) an album of Oz rock covers stripped back to hypnotic mediations and there were Eps which sank like rocks. 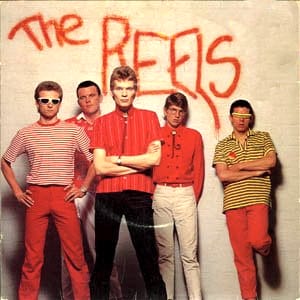 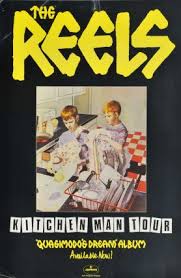 The Reels were unmanageable, choosing crazily odd singles like Jim Reeves’ ‘According To My Heart’ and the Edison Lighthouse bubblegum classic ‘Love Grows (Where My Rosemary Goes)’ . There were the originals of course; ‘Pre-Fab Heart’, ‘Kitchen Man’, ‘After The News’. A merry-go-round of members joining and leaving disrupted The Reels from the late 80s, and Mason became a rarely spotted hermit in Sydney.

‘Love Will Find A Way’ has more bounce than a compressed rubber ball and is propelled by keyboards – not the kind of wash which had a become a ‘thing’ in the UK with Gary Numan and Ultravox – but an exploding bowl of popcorn with the emphasis on pop. No-one sounded like this. 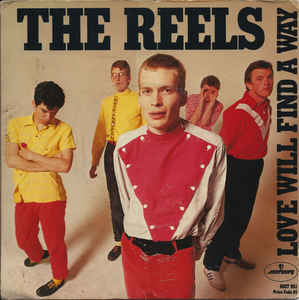 The tune was moresome and an explosion of colour. Along with ‘Prefab Heart’ The Reels introduced themselves with irresistible iridescent pop smarts. They evolved into a more pensive and moody band but even when covering the songs of others they were never less than entirely original. Only the tone deaf could have resisted a song like this.