Home » FLOWERS I Can’t Help Myself 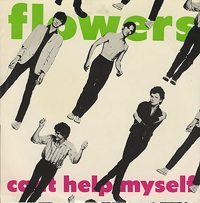 Flowers’ classic single I Can’t Help Myself is almost thirty years old. The band became Icehouse and Iva Davies is now famous around the world, but when they started out, they were shooting their film clips in Sydney suburban car parks and playing taverns.

Part of a continuing online exhibition about Australian New Wave.

Can’t Help Myself was released in May 1980 by Flowers, reaching #10 on the Australian Singles Chart. Flowers were Iva Davies, Michael Hoste, John Lloyd and Keith Welsh. The single was produced by Iva Davies and Cameron Allan.

Spellbound: When did you first realise that he (Iva) was gaining notoriety in the Sydney area?

Mrs. Davies: When he asked us to come and watch the filming of his first film clip in that car park in Chatswood.

Mrs. Davies: We saw makeup people floating around and doing things. It was just a very great experience.

Mr. Davies: So we didn’t see one of those, but probably the first time we ever saw Flowers in concert was after they’d already released their first record and they were supporting XTC at the Capital Theatre in Sydney. We were actually invited to go.

Mrs. Davies: He virtually was saying to us, “I have got my toe on the first rung of the ladder. You can come now.”

Mr. Davies: By that time the first album was out and they were quite well known and I think that particular concert line-up was the Divinyls and then Flowers and then XTC.

Flowers were part of the New Wave circuit around Australia from the late Seventies to early Eighties, playing small venues with other bands – like The Reels – who specialised in wildly original music, sleeve art work, film clips and styling.

Flowers, Divinyls, The Numbers, INXS, The Reels, Sports, Mental as Anything and other bands crossing over from post-punk 1978 to the Eighties, were part of the New Wave.

Flowers won  the 1980 TV Week / Countdown Rock Awards Johnny O’Keefe New Talent Award, beating INXS before they had to change their name to prevent confusion with the Scottish group, The Flowers. They became Icehouse.

From the State Library of Queensland –

“From the late 1970’s, until its controversial demolition in 1982, Brisbane’s Cloudland Ballroom became a regular venue for rock concerts. Some of the fledgling bands who played at Cloudland during this period went on to achieve chart success and establish longstanding careers in the music industry. One example is the concert of July 28, 1979 featuring three talented up-and-coming bands: XTC, Flowers, and The Numbers. State Library of Queensland is fortunate to hold several photographs taken during this concert.” 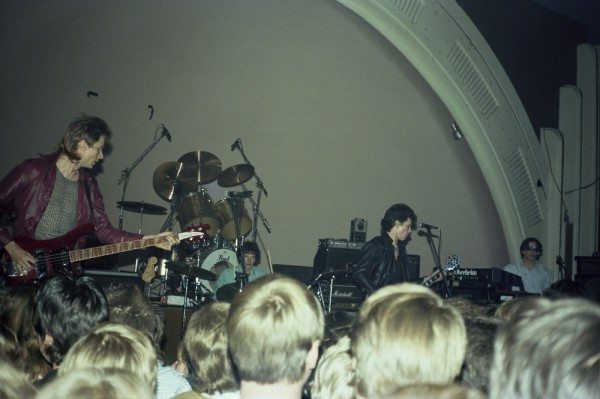 Iva Davies on the Eighties

Speaking to The Australian, Davies summed up the era: “I know it’s very easy to look back through rose-tinted glasses and say that period was good, but it’s accurate to say it…The energy that came out of the punk movement in England transferred here. When we started we were doing Sex Pistols songs alongside T. Rex songs. It was quite a weird collection of stuff. That whole energy ran into the new synthesiser technology as well.” 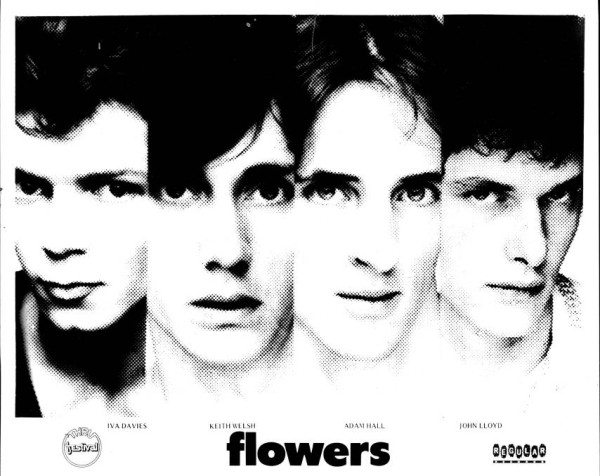 With modern Australian acts like Cut Copy and Jet declaring what an influence Flowers was on them, the band (signed to Regular/Festival, above)  remains seminal. But how was the group created?

As a trained musician, Sydney-based Davies was approached to music publishing companies to write the sheet music for Elvis Costello, among others.

Speaking to Stuff, he remembers, “These music publishing companies discovered there was a young fella – me – who could read and write music and they started sending me reel-to-reel recordings of every song in the Australian charts and then lots of international music as well – we’re talking about the days when sheet music was quite in demand, people wanted to buy the music for their favourite song and go home and try to play it. I wrote entire song books for Little River Band, Dragon, Sherbet, Cold Chisel, and then Elvis Costello and the Attractions, Ian Dury and the Blockheads… My life was pulling apart songs and putting them down on paper which was very instructive.”

With Icehouse and in his own right, Davies has become known worldwide for his work, including his composition of the score for the Russell Crowe/Peter Weir film Master and Commander.

Roadrunner is one of the few global music publications from the New Wave era to be published online. Find more on Flowers in this issue – and in their cover issue.

Buy I Can’t Help Myself

You can find I Can’t Help Myself on Icehouse Essentials, available to buy now on iTunes.