Australian Made – The Models

Australian Made – The Models

Australian Made is the legendary Eighties national tour (including Hobart, even) which took Countdown faces into different spaces. Fronted by The Models, Divinyls, INXS and Jimmy Barnes, it also introduced The Saints to crowds who’d never seen them before.

INXS, Divinyls, Models, The Triffids, The Saints, I’m Talking, Jimmy Barnes and Mental As Anything dominated a line-up with two famous female singers (Chrissy Amphlett and Kate Ceberano) and both R.M. Williams boots and cowboy boots.

Spotlight on The Models

The Summer of 1983 Soundtrack

Programmed on Rage by Toby Cresswell, Craig Mathieson and John O’Donnell as an Australian classic, extended to nearly seven minutes since it first appeared in 1983, I Hear Motion is now over 35 years old.

From the Top 20 album, The Pleasure of Your Company, produced by the soon-to-be-famous Nick Launay, the single reached number 16 in the Australian charts. Andrew Duffield, James Freud, Sean Kelly and Barton Price found themselves adopted by Countdown and appeared in this film clip on 25th September, 1983, just as the song became an unforgettable Australian summer soundtrack. 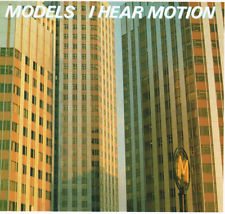 The most subversively odd pop group in Oz musical history, Models have had more line-up changes than recipe ideas in Nigella Lawson’s head, but Sean Kelly has remained steadfast front and centre stabbing at his stuttering staccato guitar. Originally an art-rock experiment, Models moved into commercial territory without selling out. I suppose they did eventually but that was a few years after this single. 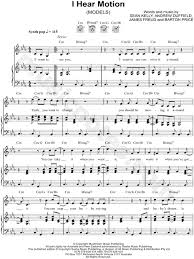 Andrew Duffield has always been my personal favourite amongst keyboardists and the sequenced opening riff to I Feel Motion,  nodding in appreciation to Stevie Wonder’s Superstition, is some of his finest work. Kelly’s voice is strangled and bursts out after what seems like an argument in his mouth. The chorus is Ebola catchy, the verses peculiar as always.

One of the tracks on the sublime The Pleasure Of Your Company LP, this was Models at their best appealing to pop and rock fans alike. It was a memorable time for Melbourne bands. Hunters and Collectors, Australian Crawl, the list is long.

The band still plays. And you’ll see your friends there. Or mine at least. Michael Witheford.

The Models in Roadrunner

The November 1980 edition of Roadrunner is now available to read online. It came with a free copy of Models’ classic record AlphaBravoCharlieDeltaEchoFoxtrotGolf for subscribers and was priced at 60 cents.

3 Replies to “Australian Made – The Models”