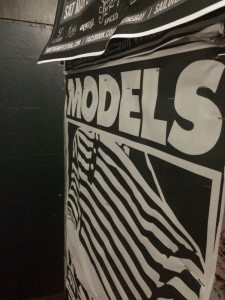 From The Palace to The Espy
The Palace Theatre on Bourke Street, Melbourne, hosted everybody from Nick Cave to Divinyls. If you’re taking a ghost walk of Melbourne, don’t miss the gloomy alleyway to music history. 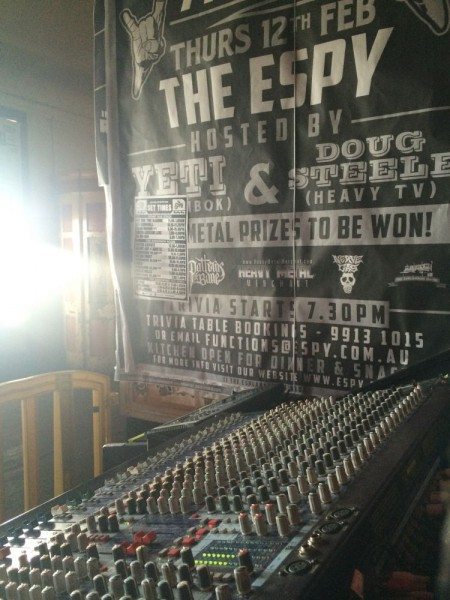 More Melbourne. The Espy, or Esplanade Hotel, St. Kilda, is an Australian institution, and in Melbourne – which many argue is the musical capital of the nation – it has become a symbol of everything musicians and music fans want to save.

From the ceiling down. Locals celebrated the return of this sprawling venue, ripe for recreation. Heritage issues in Australia go beyond the bricks-and-mortar historic value of a venue, many argue. We’re talking about memories. Cultural and social living history. The Espy has been a Melbourne institution for generations.

“The march toward transforming all of our nation’s cities into a Jenga-block landscape of apartment buildings has a lot of unexpected costs. They change airflow of our streets and recirculate car exhausts. They put massive localised strain onto sewerage systems. And they destroy rock’n’roll.”
Andrew Street, The Sydney Morning Herald.

Andrew Street is just one of many writers, academics, historians and music lovers around the country who have argued for the priceless investment in people and music – as opposed to the pricey (and polluting) cost of ‘Jenga’ development. Sarah Taylor is another.

In the 1990s, Sydney was entering a well-documented decennium horribilis. By the late 1990s even the unofficial home-town booster band, The Whitlams, was singing (sadly) about their hometown more than in it. Speaking on radio in 1997, lead singer Tim Freedman commented that Melbourne had ‘a bigger sense of community, in pubs and being part of a crowd’, while inner-city Sydney had been ‘scattered to the wind’ … In addition, a variety of contemporary accounts point to a negative feeling in Sydney live music in the 1990s, depicting the city as a tough place to get a gig or find a friend…”

All that remains of The Corkman is a going, going, gone lawsuit.

The Corkman pub in Carlton, Melbourne became a symbol of the battle between developers and music fans when it was turned into asbestos dust after an illegal and shameful wrecking operation.

A long-standing home for Irish music in Victoria, The Corkman was also the occasional home of Ned Kelly’s judge and the local legal community – and a classic example of a piece of Melbourne history which has been trashed for apartments.

It is hoped, as the banners around the site proclaim, that The Corkman will rise again. The pink netting over the emergency fences erected to protect the asbestos-riddled, illegally-demolished pub remains – while in Victoria, a legal battle is set to be fought that will hopefully start a serious approach to the preservation of Australian history – and the conservation of the musician and music-lover’s natural habitat; the Great Australian Pub. 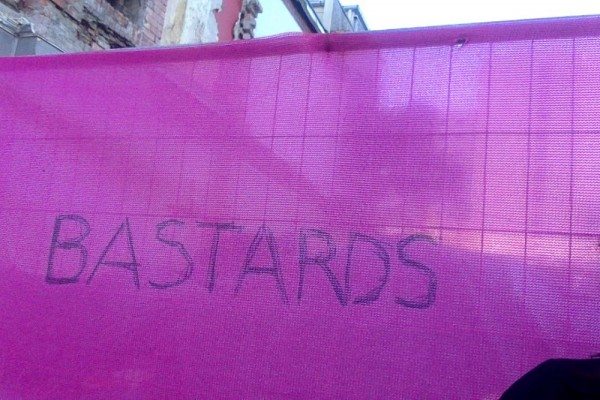 After years of uncertainty, The Lansdowne Hotel – home to generations of Sydney University students and their favourite bands – is coming back. (Images: Pinterest, Twitter, Rock Brat, ABC).

Resurrecting The Lansdowne in Sydney

The Lansdowne is an Australian hotel worth preserving and resurrecting. Steve Pavlovic, a Sydney promoter who would book Nirvana for an Australian tour –  before Nevermind  hit the charts – famously began his career as manager at The Lansdowne, on Sydney’s Broadway

The Living End, Mudhoney, Hard-Ons, Died Pretty, Go-Betweens and You Am I all played the art deco Lansdowne,  built in the 1920s, designed by prominent local architect Sidney Warden. Its state heritage listing describes it as a “prominent landmark”. Other pubs around Australia have not been so lucky and have met the bulldozers, ending memories – and sometimes, musicians’ careers.

The State Heritage listed Lansdowne had a history – like the ill-fated Corkman and Palace – of being much more than a music venue.  At times it was an occasional haunt of the Sydney Push, a group of young left-wing intellectuals that began congregating in the 1940s.

Without The Lansdowne – there would have been no Half A Cow. Swirl played at an open mic night at the Lansdowne Hotel, and attracted the attention of Nic Dalton, founder of  Half a Cow label (who was mixing all the bands that night). They were part of the “new breed” of Sydney bands that came in the wake of the success of Ratcat and The Hummingbirds.

You Am I and The Landsdowne

Why did Australia have such a healthy music industry as recently as the early 1990’s? Partly because musicians and their fans could afford to rent shared houses within stumbling distance of great pubs, with empty stages.

New Zealand-born Andy Kent (You Am I) was one of them.  A short walk away in Sheppard Street, Chippendale, was Tim Rogers. They spoke about the area to Triple J.

Tim Rogers –   It was pretty fortuitous that you (Andy) just lived up the road, actually. Talking about the soundtrack to a house, Mudhoney were a massive band for us when I was in that Sheppard Street.
Andy: And Bleach was huge.
Tim: That was a big one, my brother Jaimie loved it – he used to live there, and he’d either wanna be Andy’s best mate or suddenly have a turn like us Rogers boys are known to do… it happened all the time.
Andy: I remember he chucked everyone out once! I lived up the road, about 300 metres just on the left, and there was the Lansdowne, the Phoenician… all these great venues that had music happening. Everyone was living around here then; Annandale was far out in those days. You’d go to a pub here and they’d be people you know; you’d go to the Lansdowne or the Phoenician and there’d be people you know.

You Am I released their first EP Snake Tide at the Lansdowne Hotel on 3rd June 1991.

The Palace Theatre – It’s Not Over Yet

The Palace Theatre, Melbourne, is still boarded up, ready for demolition, years after the first protests to save her, began.  Kate Ceberano is among many performers to have headlined at the venue, who has spoken out about the loss of heritage architecture.

Patricia Amphlett, whose cousin Chrissy has had Amphlett Lane, Melbourne, named after her, ending at the stage doors of The Palace, has also made a public statement. What’s next? Who knows. But as the campaigners behind Save the Palace say “It’s not over yet!”

“What a tragedy to have to lose such an iconic building with memories that can never be replaced.
It’s too easy to demolish and simply put something up in its place, but you can never replace the investment that has been made in that space. Every note, every ounce of sweat produced on that stage all forgotten…. “like tears in the rain”!  I’d like to think that Melbourne is a city that knows why it invests in its arts and culture…. Why stop at its heritage architecture, especially a building steeped in so much history?” 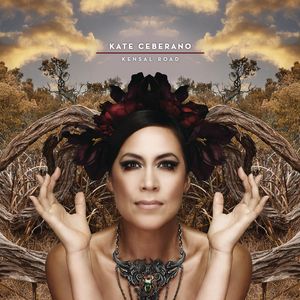 Every great city of the world has great theatres. Like the Lyceum Theatre in London, The Palace has been an opera house, and a venue for rock bands – including Divinyls, featuring my cousin Chrissy Amphlett – and some great theatre. Like the Lyceum in London, The Palace has also gone through many incarnations. Unlike the Lyceum, sadly, it is not a listed building. As a member of the ARIA Hall of Fame together with Chrissy, I would like to note the number of other ARIA inductees who have performed at The Palace. Perhaps most importantly, The Palace has always been there for the people of Melbourne and the people of Australia as an icon spanning the generations. For the sake of generations past, present and future we should preserve it for music, art and theatre – which it has housed since 1912. 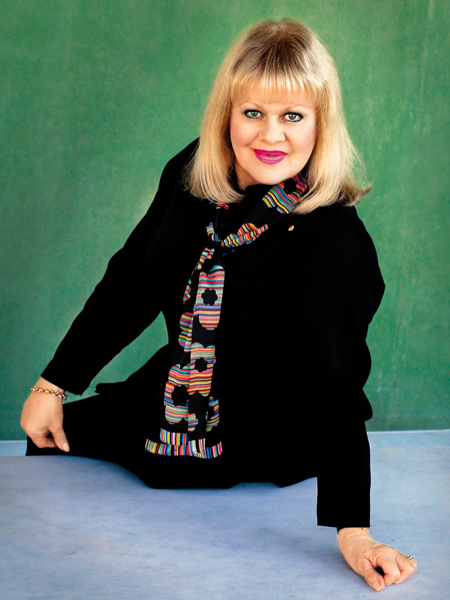