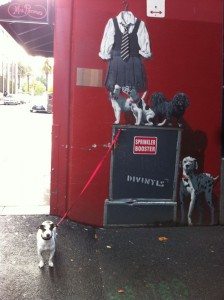 Chrissy Amphlett loved dogs and bred them. At Amphlett Lane in Melbourne, a black Pekingese called Holiday (named after Billie Holiday) is now watching over her  mistress. Chrissy Amphlett and her dogs were immortalised in stages and have since become a social media hit. These are just a few of the many photographs, below.

The award-winnng Tasmanian artist Peter Gouldthorpe was commissioned to create the mural. Since then, fans and Melbourne visitors have flocked to the portrait of Holiday, Saki, Tuppence and Dobro to take photographs on Instagram and Twitter.  You can read more about Chrissy’s dogs in her autobiography, Pleasure and Pain. This great portrait of Chrissy Amphlett is by Reg Ryan, from social media. 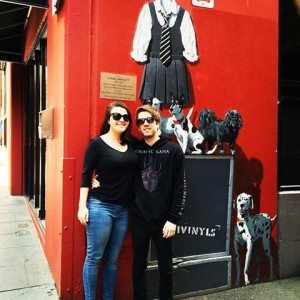 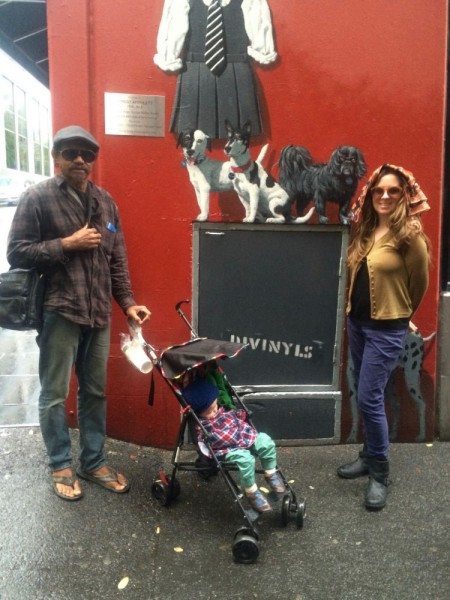 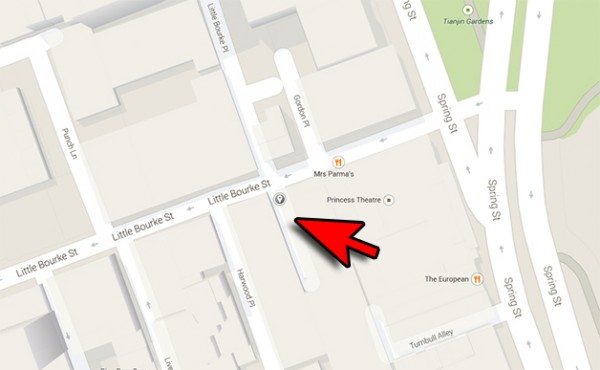 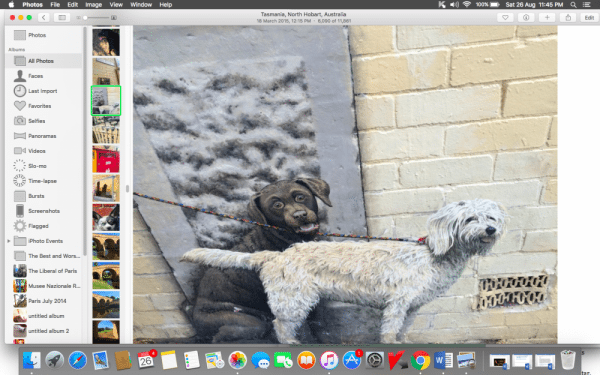 Holiday stands on an amplifier bearing the name of Amphlett’s legendary band Divinyls, joined by Saki, Tuppence and Dobro her dalmatian. It is a mural that has been created from photographs lent by her husband Charley Drayton, drummer with Cold Chisel. You can see the mural being developed by Peter Gouldthorpe in stages, here. The hidden fire hose unit, bottom, became a Divinyls amplifier in his  hands.

Holiday – Always by Chrissy’s Side

Holiday went everywhere with Chrissy and Charley, appropriately enough on holiday to Puerto Rico once, where the airline also let Chrissy put the Pekingese on the seat next to her, flying over. Later on in Chrissy’s life Holiday became her loyal companion during her breast cancer and MS: Chrissy told fans ‘My little dog Holiday lies on the end of the bed when I am not feeling great and doesn’t leave my side.’

Amphlett Lane also features a plaque donated by the City of Melbourne and a lane way screen mural by Melbourne artist Damien Arena. 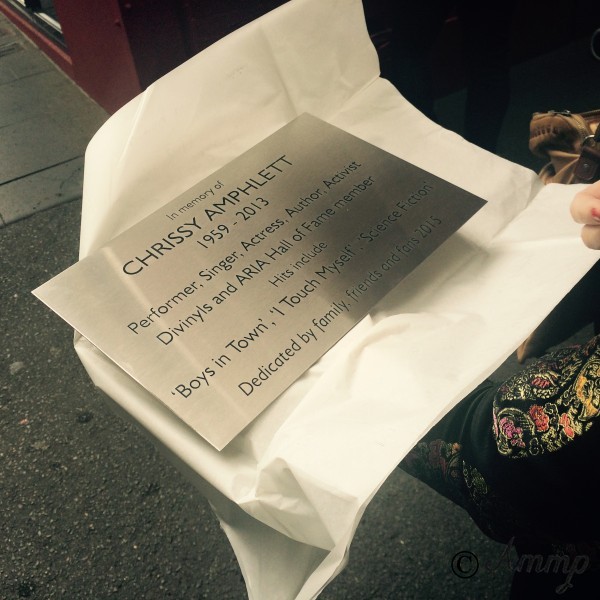 Peter Gouldthorpe and His Street Art

Mural process photographs by Peter Gouldthorpe, with special thanks.