An interactive Australian music map, inspired by the old Classic Countdown map, is an ongoing story at AMMP where we add new map pins every month.

Aunty Jack – Wollongong. The entire town. The Aunty Jack album ‘Aunty Jack Sings Wollongong’ features a young Norman Gunston with his Gunstonettes singing ‘Wollongong the Brave.’ Aunty Jack was at the inauguration of colour television in Australia on 1 March 1975. The special beat ABC’s commercial rivals by beginning 3 minutes early, at 11:57 pm 28 March 1975 in black and white and then wiping to colour at midnight.

The Marble Bar at The Hilton Hotel on George Street, Sydney is where Cold Chisel were photographed for their album Breakfast at Sweethearts. Sweethearts in Kings Cross no longer exists but a brass plaque in the pavement marks its location.

THE CIVIC HOTEL, PITT STREET
Mental as Anything featuring Greedy Smith (below, in a portrait by Paul Worstead) made The Civic Hotel on Pitt Street in the centre of Sydney their own. The old Phantom Records shop was steps away.

THE HOODOO GURUS
The Hoodoo Gurus are a Sydney band not identified with any one venue, but as Le Hoodoo Gurus, they played The Mosman Hotel, Mosman.

SKYHOOKS
Skyhooks created songs about whole suburbs in Melbourne. Carlton and Balwyn are just two of those namechecked.

HUNTERS AND COLLECTORS
Westgate after the song by Mark Seymour – but also Ormond College, University of Melbourne where John Archer, Doug Falconer and Mark Seymour first met on the way to forming Hunters and Collectors.

ST. KILDA
From St Kilda to Kings Cross by Paul Kelly and the Coloured Girls  is just part of the St. Kilda story. So many bands are associated with the area and still play there – like Cold Chisel’s Don Walker – that it has a permanent pin on the Countdown Map. 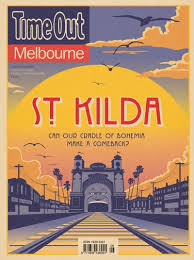 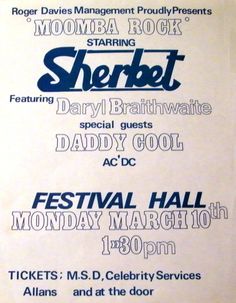 THE COUNTDOWN STUDIOS, RIPPONLEA
This is where Classic Countdown was filmed and there is a fascinating story on the closure of the old ABC-TV Dream Factory here. Devoted fans including The Countdown Sisters used to make the pilgrimage. Follow them here. (Images: ABC Archives, Twitter, Instagram). 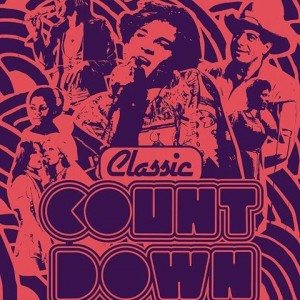 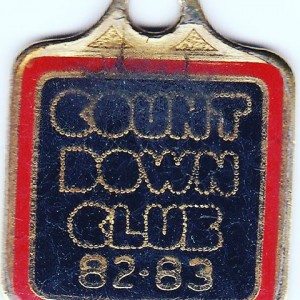 D.A.A.S. – Canberra
You could use up a lot of pins on Google Maps just trying to follow all the busking spots where the Doug Anthony Allstars put their guitar cases down. D.A.A.S. began performing as buskers on the streets of Canberra in 1984, while they were attending university.

AC/DC – Largs Pier hotel, Adelaide
During the 70s and 80s Largs hosted Jimmy Barnes with Cold Chisel, AC/DC, The Little River Band and The Angels. Bon Scott, who later became the lead singer of AC/DC, met his wife at the Largs Pier Hotel after a gig in 1971.

The Innocents with singer Charlie Tauber put Hobart on the Countdown map when they appeared on the show. Sooner or Later is a power pop classic.

The Saints – Corinda High School.
Author and journalist Clinton Walker:  “I first became aware of the Saints in 1974, while living in Brisbane. I had transferred to a new school, Corinda High. There, in art class, I met a gaggle of antisocial young long hairs that revolved around an embryonic band called the Saints. Perhaps the strongest common bond I had initially with the guys in art was that we all hated hippies. I fell in with them, and it wasn’t long before I fell in the Saints’ thrall too.”
Read more: Raven Records – The Saints – Wild About You 1976-1978