On your virtual map or in-person Canberra map, don’t miss Michael Hutchence at The National Portrait Gallery. You can find his biographies in The National Library of Australia and a huge archive in the National Film and Sound Archive. 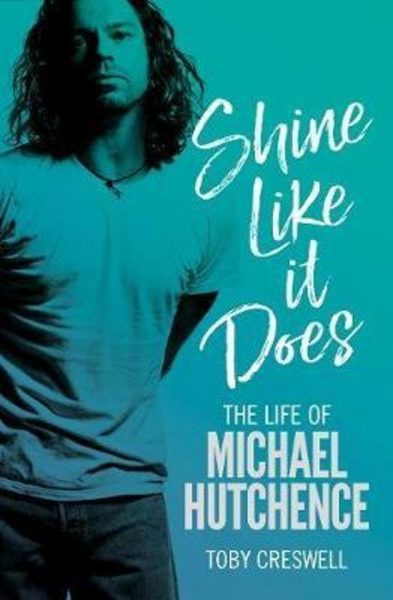 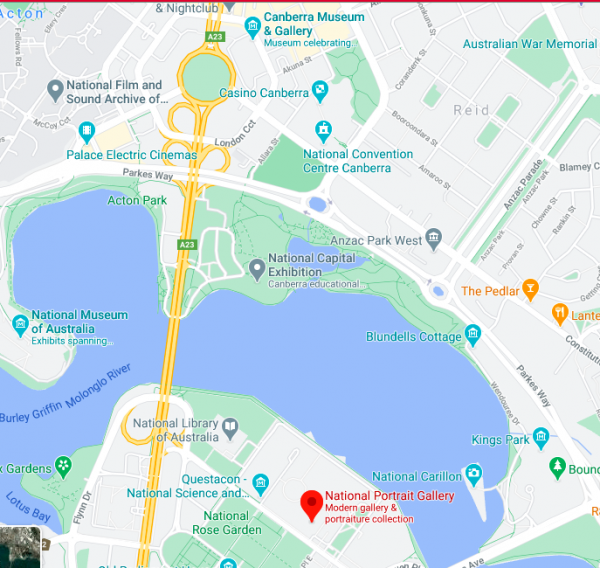 Talking to the late Vince Lovegrove in his biography of Michael Hutchence (Allen & Unwin 1999) Olsen said, “I think he was a person who was kind of caught up on this rollercoaster of fame and there was a part of him that perhaps was on a more spiritual level.”

Max Q was then born in Los Angeles and according to Michael’s brother Rhett Hutchence, the latter mortgaged his Paddington house to pay for the recording.

Greg Perano, an old friend of Michael’s, believed that if the Max Q project was too successful, INXS management was concerned it would take Michael away from the band. Speaking to Lovegrove, he commented ‘They wanted it to be a faceless record.’ Thus, the first portrait we have of Michael Hutchence, below. Here, he is just one of the many faces of Max Q.

Michael Hutchence talking to SPIN Magazine about his Max Q side project with Ollie Olsen, said:

“Max Q is a title that Ollie was just bandying about. “I want to do a Max Q thing.” It was a month later that I found out it was the name of his dog – which I shouldn’t have mentioned – his deaf dog. A mad, fucking, frothing-at-the-mouth, barking, biting, table-chewing dog. That’s the beginning of it. What it turned into was this guy we could create. This idea of taking pieces of everybody and creating this persona: Max. So it’s not a solo album for me – which it isn’t technically – and it’s not just this band. It’s this alter ego we’ve created out of everyone. The weird thing is we wanted to make the logo really ugly, with this police identikit sort of thing, and it turned out to be this guy, this person. We were quite happy with it and kept it. That’s Max.” 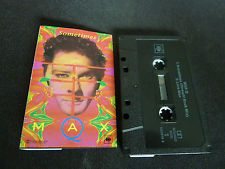 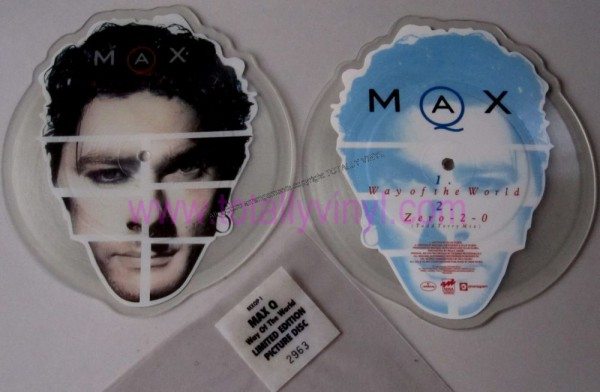 THE TONY MOTT PORTRAITS
Tony Mott’s recent Sydney photographic exhibition What a Life  also drew thousands of fans, at the State Library of NSW. Veteran Australian media photographer Tony Mott (below) captured Michael in a classic portrait, blown up to larger-than-life size. One shot from the session appeared, literally, on ‘the cover of Rolling Stone’ in Australia. Michael’s smile still attracts female fans (below). The photograph also appears on the biography by Vince Lovegrove (Allen & Unwin).

Further information about the Michael Hutchence portrait by Harry Borden can be found on the Gallery’s website http://www.portrait.gov.au

THE POLLY BORLAND PORTRAIT OF MICHAEL HUTCHENCE
Visit The National Portrait Gallery online to see an alternative portrait of Michael Hutchence captured by Polly Borland.  This Rolling Stone cover shows yet another face of the singer.

RICHARD LOWENSTEIN’S PORTRAITS
The Ghost Pictures channel on YouTube showcases some of the amazing work created by Richard Lowenstein over the years, including this lesser-known INXS clip (Property Ghost Pictures).